Microsoft may be dominating your morning news feed with the official appointment of insider Satya Nadella as its new CEO, but that hasn’t stopped the Apple rumor-mill from churning out speculative reports concerning the next iPhone.

According to a new report from the Chinese website IT168, the iPhone 6 will have at least a ten-megapixel camera with an improved filter and a wider aperture…

MacRumors passes along the IT168 story (Google translation) citing Taiwanese supply chain insiders who claim knowledge of an improved camera system on the upcoming handset.

In addition to a ten-megapixel or more CMOS sensor and a wider f/1.8 aperture size, the handset is thought to employ interchangeable resin lenses created by the Japanese company called JSR. By comparison, the rear iSight camera on the current-generation iPhone 5s has a narrower f/2.2 aperture.

JSR is behind the ARTON Resins, a thin and light filter used in digital and video cameras with CMOS image sensors that offers clearer images due to its ability to minimize the color shifts of CMOS image sensors.

Apple has a patent on swappable camera lenses for mobile devices, seen below. 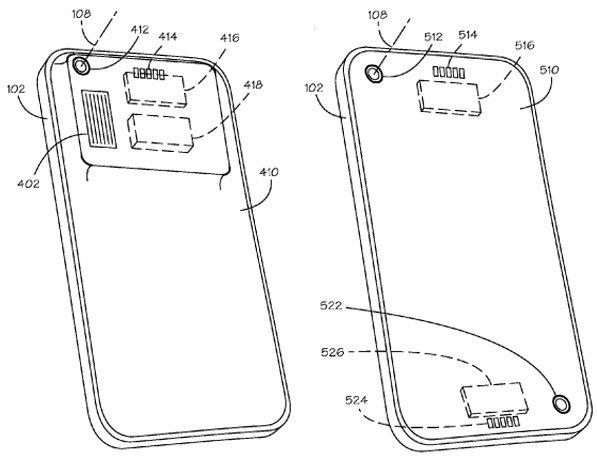 We also know from Apple’s patent filings that the company has been researching a Lytro-like refocusable camera technology and high-resolution iOS device cameras with optical zoom.

All iDevice and Mac cameras have digital rather than optical zooming capabilities. I think it’s high time Apple upped the megapixel count on iPhone cameras given that past three handset generations came outfitted with an eight-megapixel sensor.

Although megapixels matter, I’m more excited about a wider aperture.

The more light comes in through the lens, the better the picture in terms of color accuracy and vividness.