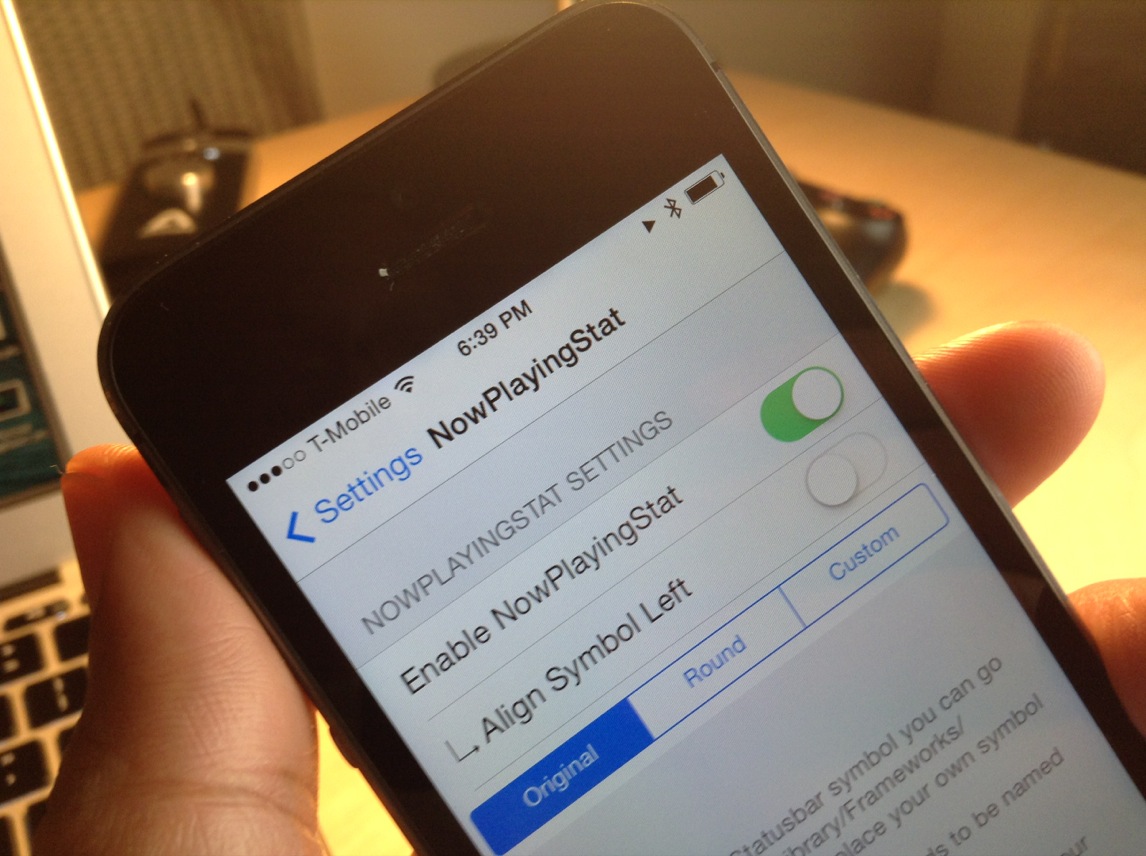 When Apple dropped iOS 7, some of you may have noticed that the now-playing indicator that resided in the status bar was no longer a thing. It appears to have been removed per Apple’s sweeping design changes for iOS 7.

NowPlayingStatusBar is a jailbreak tweak that adds the now-playing indicator back to iOS’ status bar. Along with the triangular now-playing indicator comes additional option—each of which can be configured by means of the tweak’s settings. Have a look at our video inside for a deeper look.

After you install NowPlayingStatusBar, venture over to the stock Settings app to configure it. Once there, you’ll find two toggles: a kill switch, and an align-left option. No resprings are required when toggling any of the settings found within NowPlayingStatusBar’s settings, but you will have to stop and start your music app of choice for the changes to take effect.

Original now-playing indicator vs round indicator

Along with the normal “play” indicator, you’ll find a circular indicator, and custom options. If you select the custom option without actually going into the file system and uploading your own icon, you’ll be presented with a Beats Music logo as a placeholder of sorts.

During my usage of NowPlayingStatusBar, I noticed a small bug that prevented the status bar indicator from disappearing when music ceases. It doesn’t always happen, but it’s a problem you should be aware of. There is also an issue of the status bar indicator disappearing when opening up 3rd party apps. Developer Marvin Schwalzik acknowledges that this is a problem with libstatusbar and is hoping to have it cleared up in a future update.

If you’re desperate to have the now-playing indicator back in your status bar on iOS 7, then look no further than NowPlayingStatusBar. It’s a free jailbreak tweak, and it’s available right now on Cydia’s BigBoss repo. Please share your thoughts and comments down below.