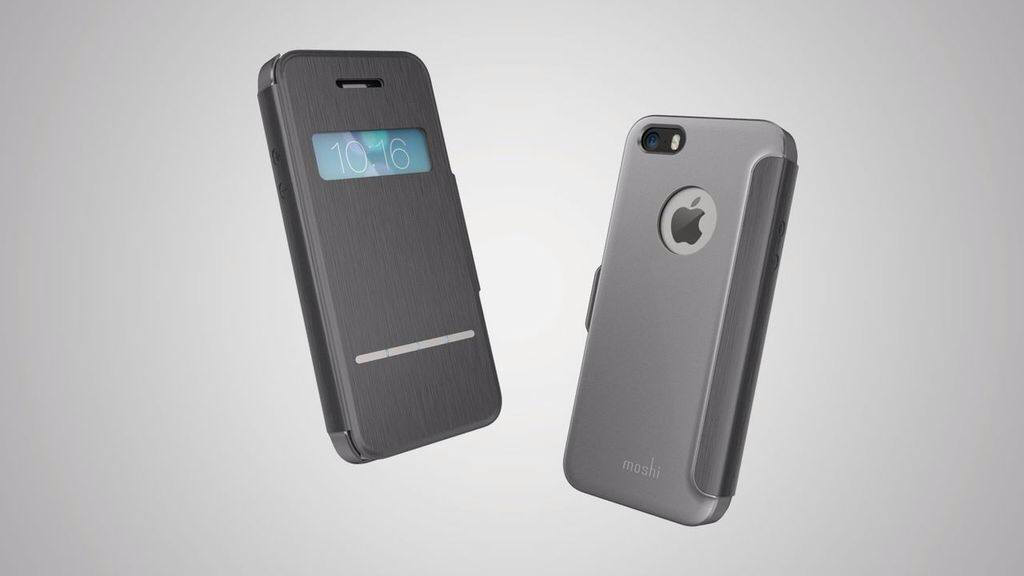 Accessory maker Moshi on Tuesday announced a new flip cover case for the iPhone 5s and iPhone 5c. The TouchSense, as the name implies, allows you to answer incoming phone calls and silence alarms without having to open the cover.

This nice feat has been accomplished by putting Moshi’s proprietary touch-sensitive SensArray plates on the front cover, right where iOS 7’s slide-to-unlock (or answer) thingie appears.

And what happens should Apple change the Lock screen UI in the future? I guess Moshi’s engineers haven’t bothered themselves with such mundane concerns…

The embedded sensor allows you to answer incoming phone calls, unlock the device and swipe off alarms without having to flip the case open. There’s a cutout at the top where the iOS renders the clock and caller ID allowing you to check the time and see who’s calling with the case on.

I’m not a big fan of iPhone cases but if I had to choose one, I’d go with a flip case. Not only are flip cases (mostly) stylish, they also tend to add little bulk. 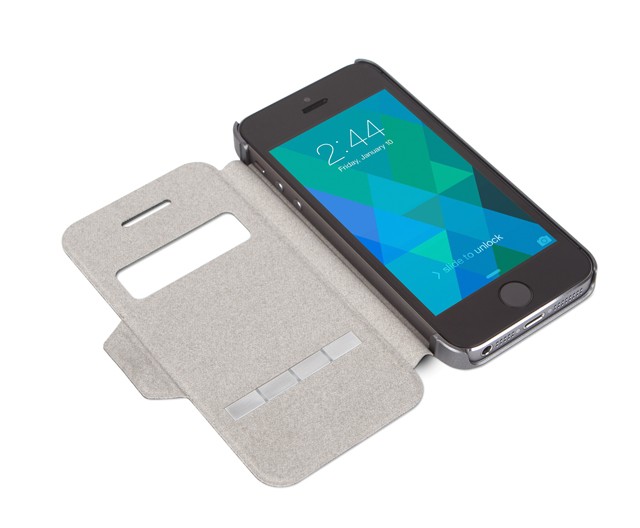 The case has a polycarbonate hardshell and the front cover is hybrid leatherette. There are cutouts to access the iPhone’s volume up and down buttons, the silent switch, the power/sleep button, the microphone jack, as well as the front and rear-facing cameras. 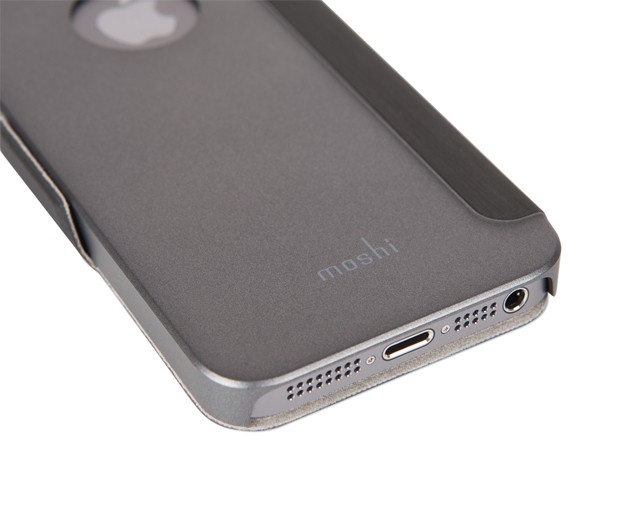 A handy magnetic clasp keeps the cover closed or folded back while accessing touchscreen. Moshi says the TouchSense case plays nice with its iVisor or iVisor Glass for extra screen protection.

Available in steel black and brushed titanum, the SenseCover is available today for $45 directly from the Moshi webstore.