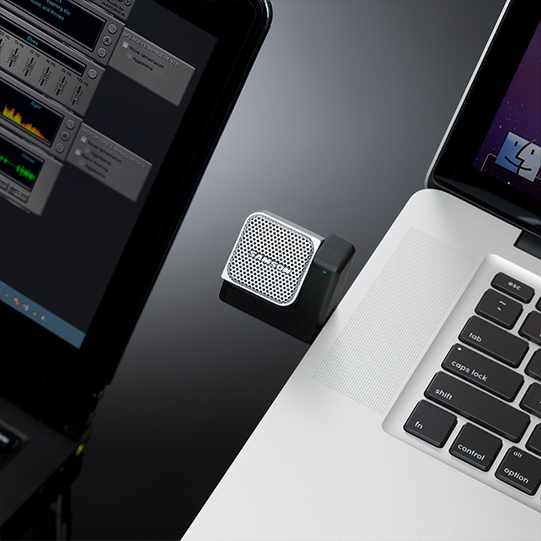 Last week I told you about Zoom’s compact iQ5 stereo microphone for Lightning-enabled iPhone, iPod touch and iPad devices. Zoom’s accessory is Lightning-only and if you’ve been on the lookout for a portable microphone that works with Macs and iOS devices and connects via USB, look no further than Samson’s new Go Mic Direct.

The Go Mic Direct utilizes two microphone capsules for increased sound coverage and because it’s USB, it works with Macs and PCs without requiring any driver software.

The application lets you switch from an omnidirectional pickup pattern to a bidirectional one when you need to cancel out background noises in VoIP communication such as typing and computer fan buzz.

The omnidirectional and bidirectional (Figure-8) patterns pick up 16-bit sound in the 44.1kHz audio resolution, with a flat frequency response of 20Hz–18kHz. 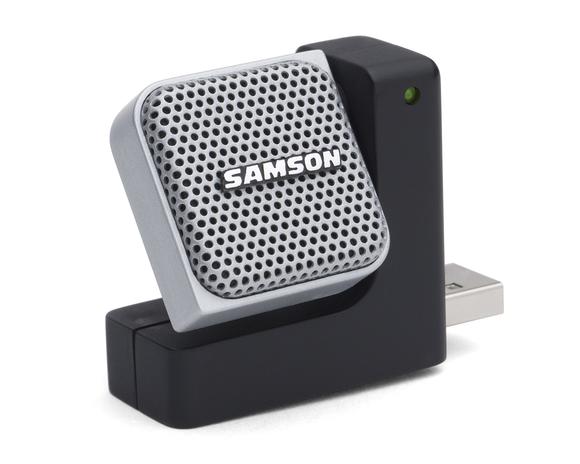 They thought of everything so plugging the Go Mic Direct into your Mac won’t block surrounding ports – I wish more accessory makers paid attention to such details. It’s ultra portable, fits easily into your pocket so it should be perfect for field recording.

To learn more, check out Samson’s press release and head over to the Go Mic Direct web page.