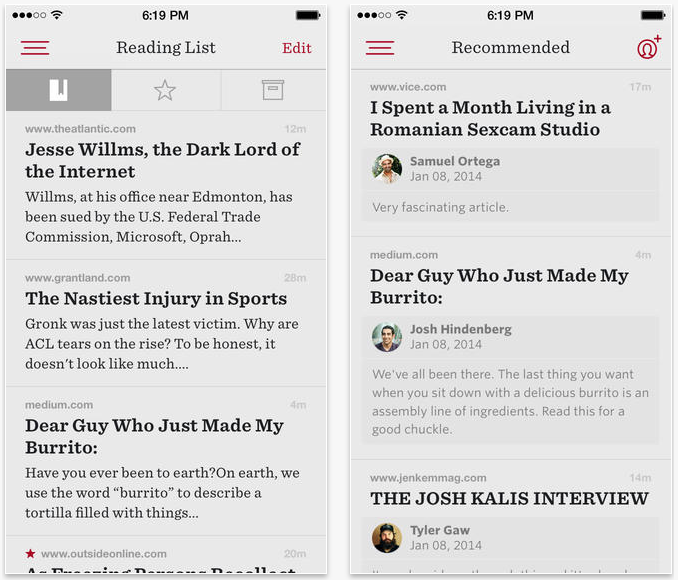 Fans of the popular read-it-later service Readability will be happy to hear it has posted a huge update for its iOS client this morning. The app has been completely rewritten for version 2.0 with a new design and several other improvements.

The new design seems to follow the design language of other apps updated for Apple’s iOS 7. The developers eschewed empty white space for gray matter, but text, images and various other UI elements match the redesigned OS perfectly…

Here are the release notes for 2.0:

“Readability has been completely rewritten from the ground up. We’ve added a great new feature called Recommendations, improved the app’s speed and reliability, and yes – we’ve fixed syncing!” In addition to the new features, the app’s speed and reliability have been improved, and Readability said it’s fixed syncing. So whether you’re a current user or have been on the fence about the app, it seems like it’d be worth checking out version 2.0.

If you’re interested, you can find Readability in the App Store for both the iPhone and iPad for free.