As Apple gears up to unleash the fourth beta of the upcoming iOS 7.1 firmware update, possibly as early as tomorrow (carriers are already testing it), we’ve been tipped off about a nice improvement in the current iOS 7.1 Beta 3 release which has apparently escaped our and pretty much everyone else’s attention.

Courtesy of the latest iOS 7.1 beta, male and female Siri voice with British English accent are now available on iOS 7.1 Beta 3 device. As the currently available non betas don’t offer updated voices for Siri in the UK, this signals Apple is looking to enable Siri’s gender option in more languages as the company continues to fine-tune its digital personal assistant…

iDownloadBlog reader Alex Firth emailed me about this change, first spotted in iOS 7.1 Beta 3, and at least one Twitter user confirmed his finding.

With that in mind, I set out to double-check this to avoid any confusion. 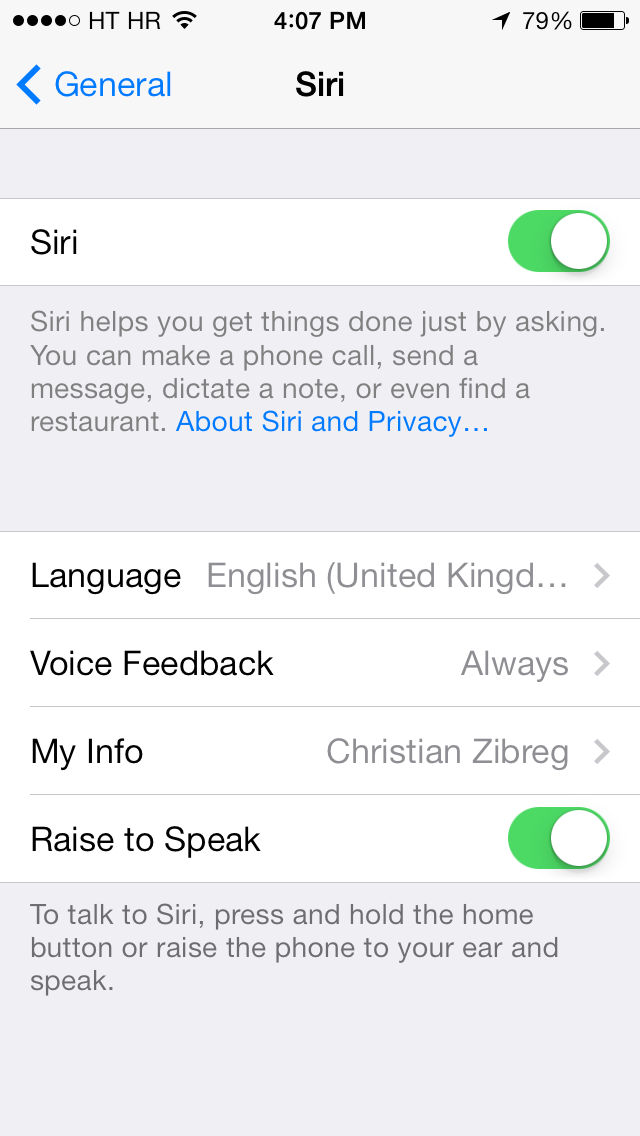 As you can see, the option to change Siri’s gender is nowhere to be found and Alex was able to confirm that it’s not in 7.0.3 either. Same goes for Oliver’s Retina iPad mini running iOS 7.0.4 – no gender option. 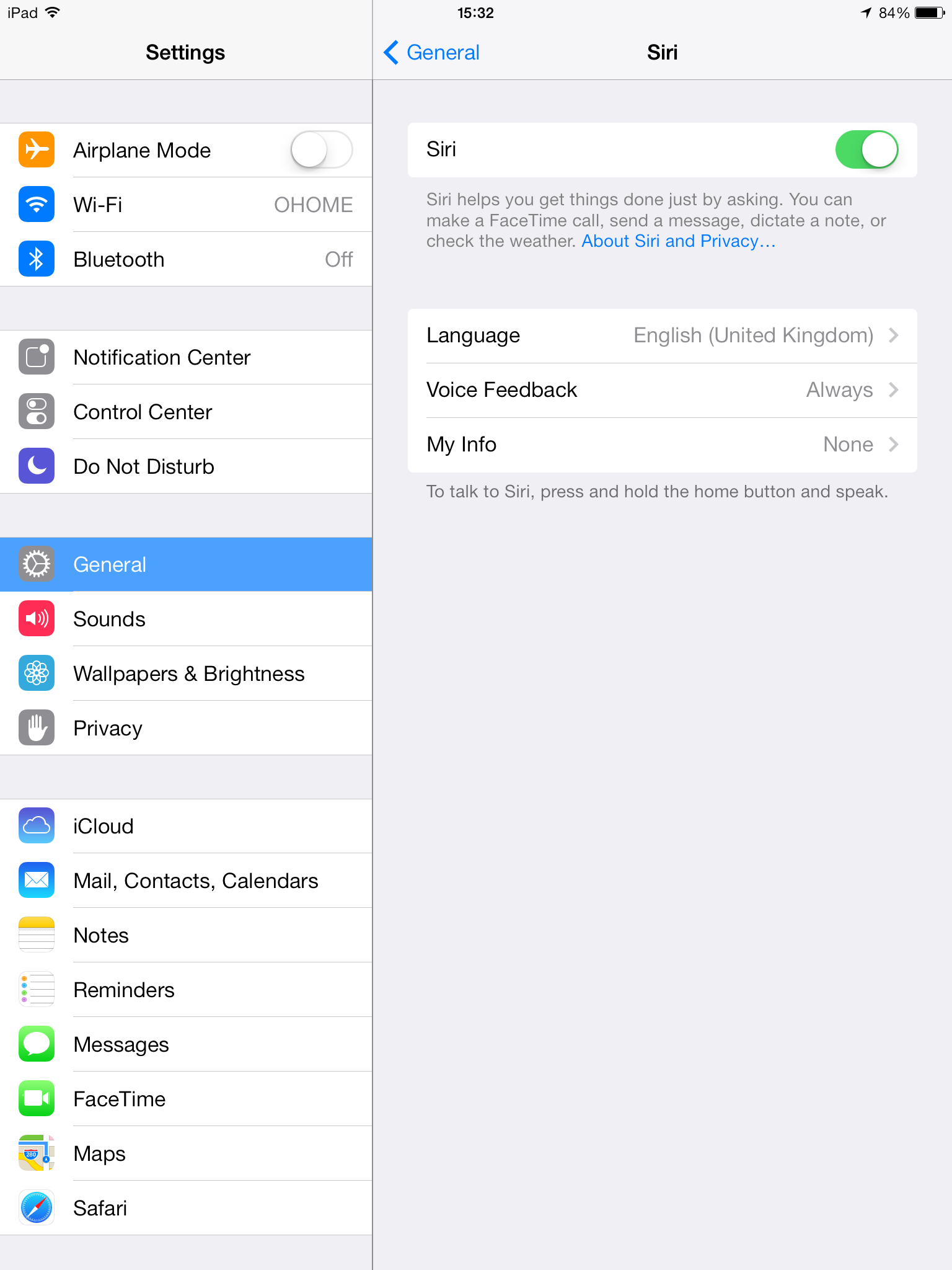 And tis is what the new UK voices sound like.

UPDATE: the just-released iOS Beta 4 seems to have enabled the gender option for English (Australia) accents. 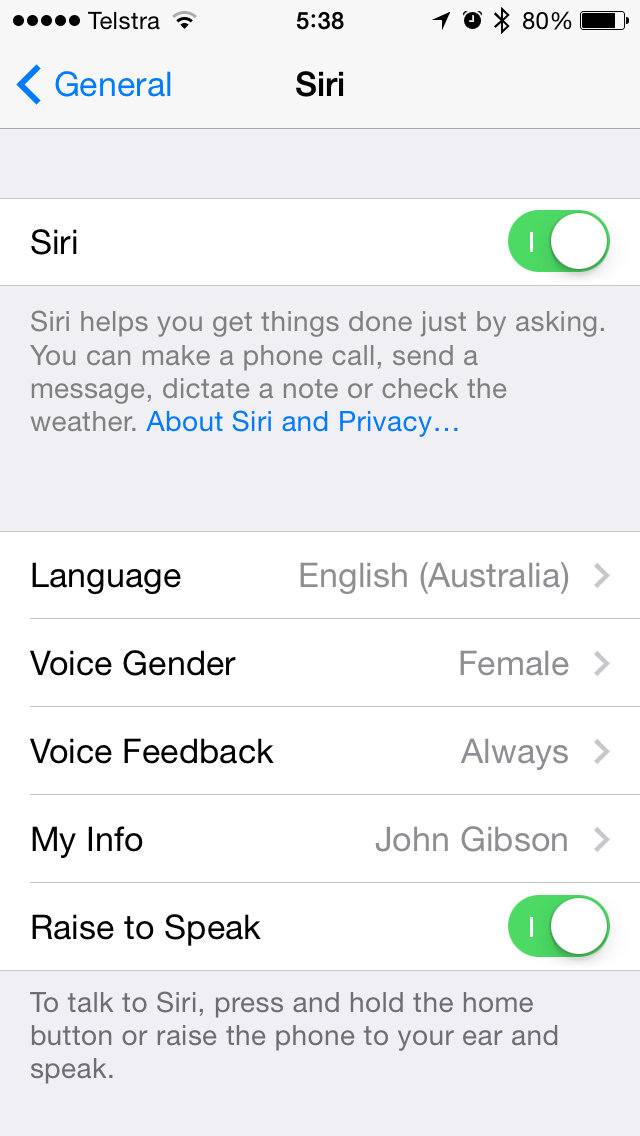 As a reminder, folks on non betas can play with Siri voices by changing her language to English (United States), which enables a new item where they can choose between male or female Siri voice, as a pair of screenies below depict. 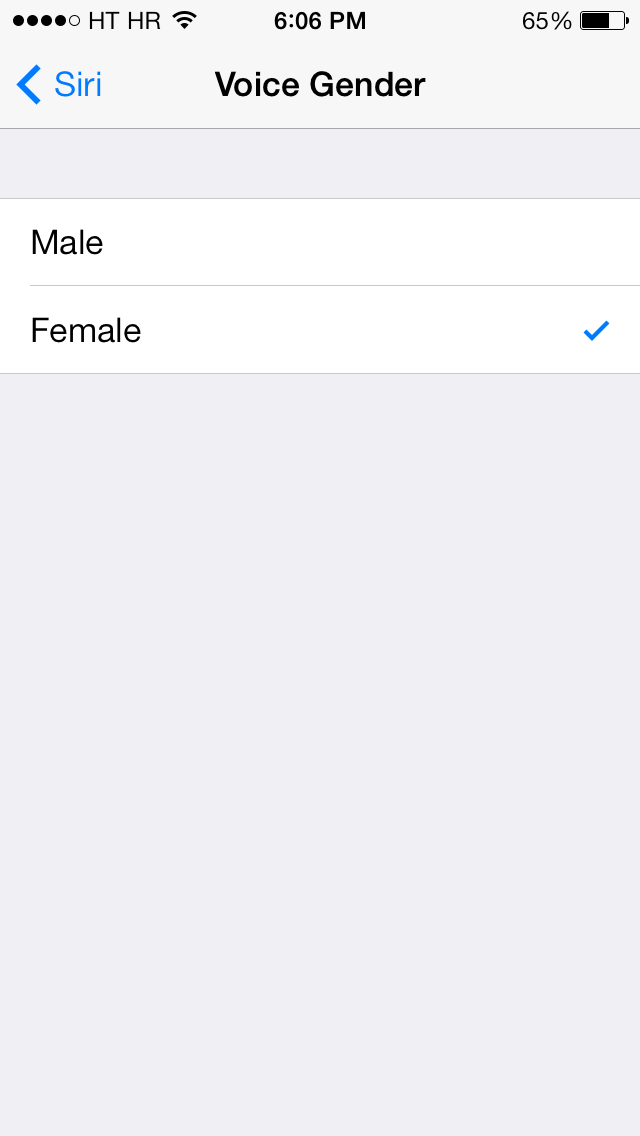 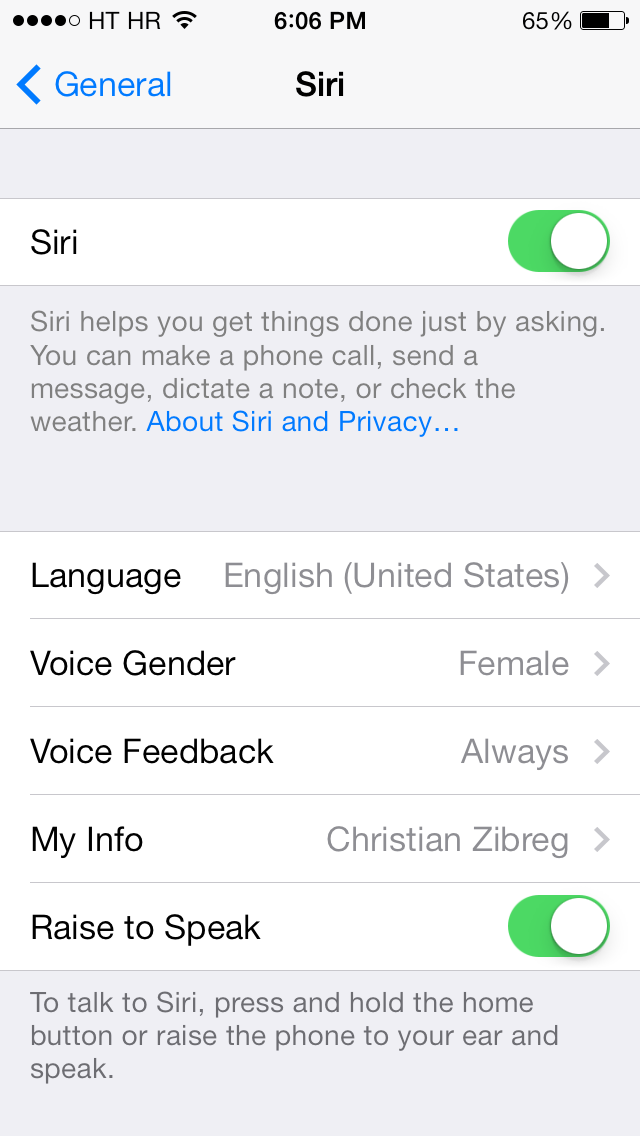 So yes, I’m pretty sure Siri’s new voices for British English are new to Beta 3.

To double-check, I asked my colleague Oliver who has iOS 7.1 Beta 3 installed on his iPhone to confirm. Sure enough, he was able to access the Siri gender option for UK English, as seen below. 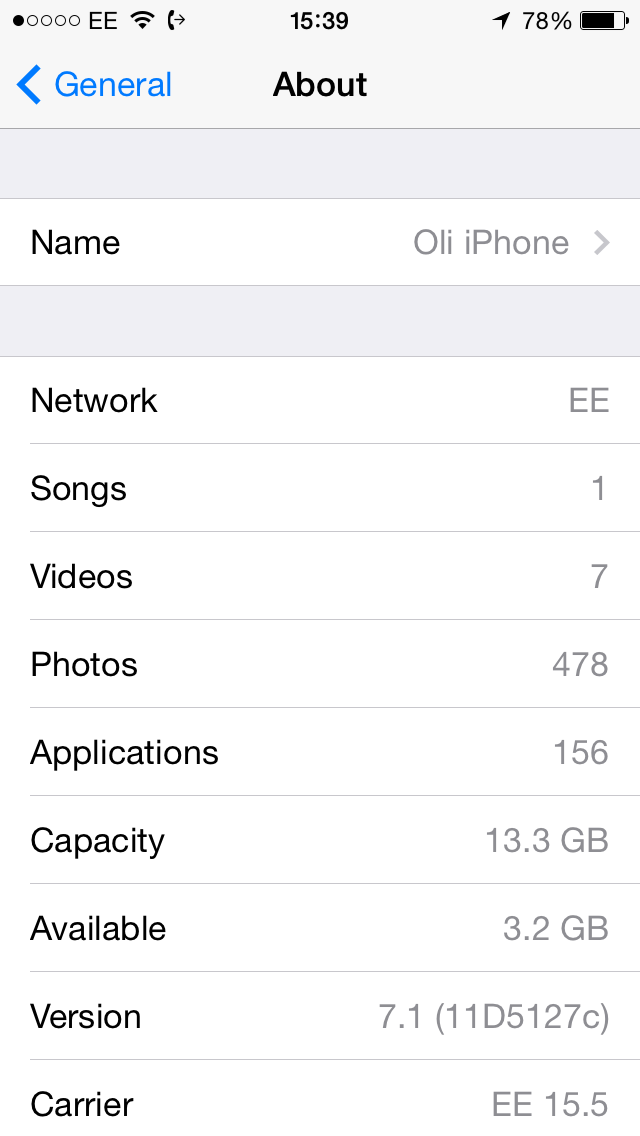 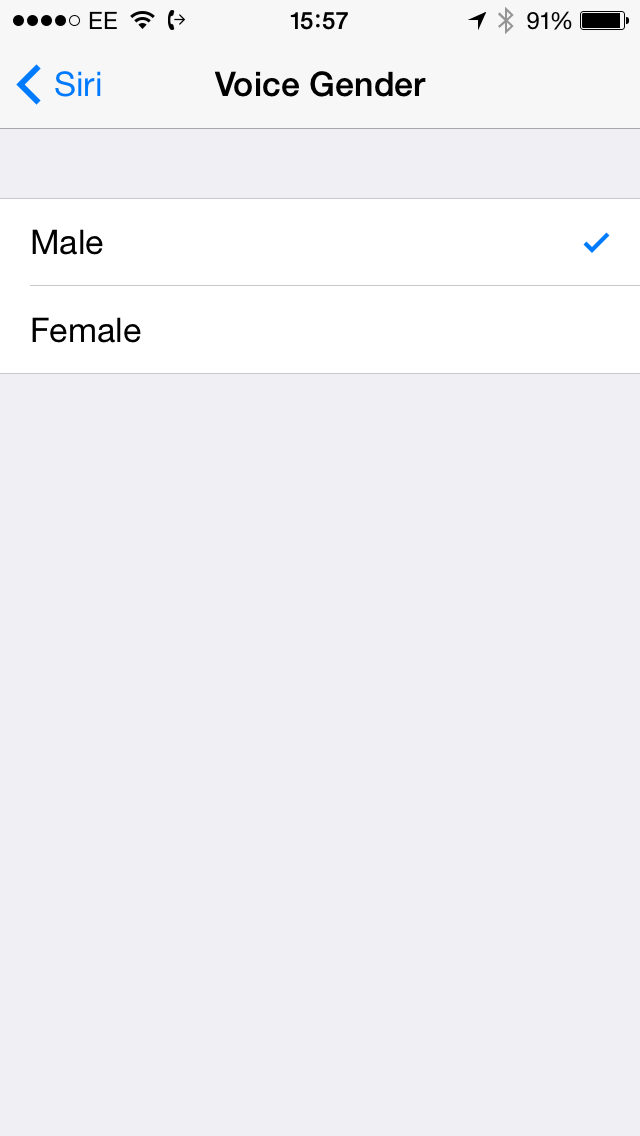 As another reminder, Siri’s male/female voices are available initially in U.S. English, French and German – as stated on Apple’s iOS 7 webpage – so clearly this is an upcoming new feature aimed at UK folks.

I know there are people on Apple’s forums and elsewhere on the web who insist that changing Siri’s language to UK in non-betas also enables these voices. They’re obviously mistaken as both Oliver and my tipster obviously already got everything set to UK on all of their devices.

In order to clear up any confusion, I went to Settings > General > International on my iPhone 5s running iOS 7.0.4 and changed my Language, Voice Control and Region Format settings from US to British English.

This did nothing to enable the gender option, even after I changed Siri’s language to English (United Kingdom).

I’m just speculating here, but it’s perfectly plausible that iOS 7.1 would enable male and female Siri voices for languages other than UK English.

Noticed another iOS 7.1 Beta feature which flew under our radar? Shoot us an email at tips@idownloadblog.com and we’ll consider it for inclusion in our ongoing iOS 7 coverage.