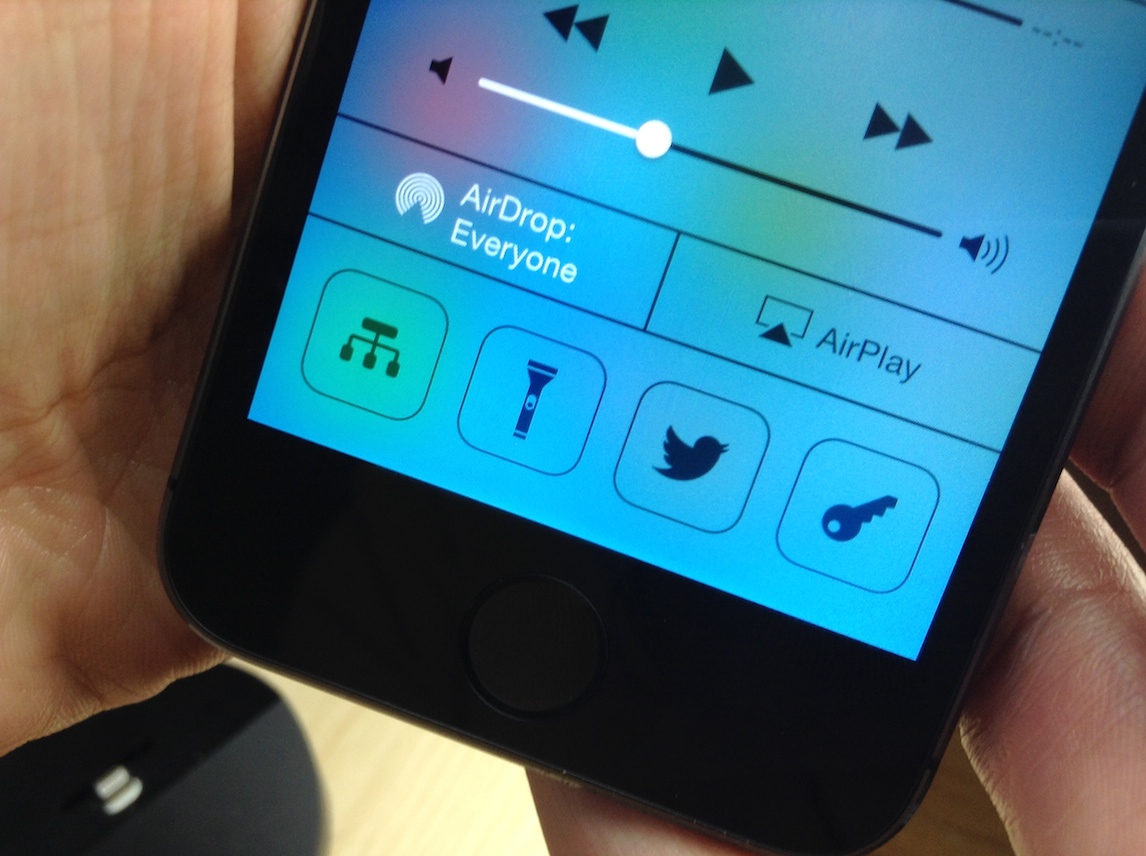 Existing quick launch shortcuts found in Control Center—Flashlight, Timer, Calculator, and Camera–can be customized with custom glyphs and tap and hold gestures. Brand new quick launch shortcuts can be added as well, and users can select from well over 70 glyphs, and mate them with any of the actions available via Activator.

QuickActivator is a tweak that you shouldn’t overlook if you’re searching for a way to add customized functionality to Control Center. Have a look at our full video walkthrough after the jump for more information.

After installing QuickActivator, you’ll see a settings panel for customizing the tweak in the stock Settings app. At the top of QuickActivator’s preferences lies a shortcuts section for configuring the shortcuts available in Control Center. The four stock quick shortcut toggles are there, but they can be moved to the disabled section if you wish to hide them. 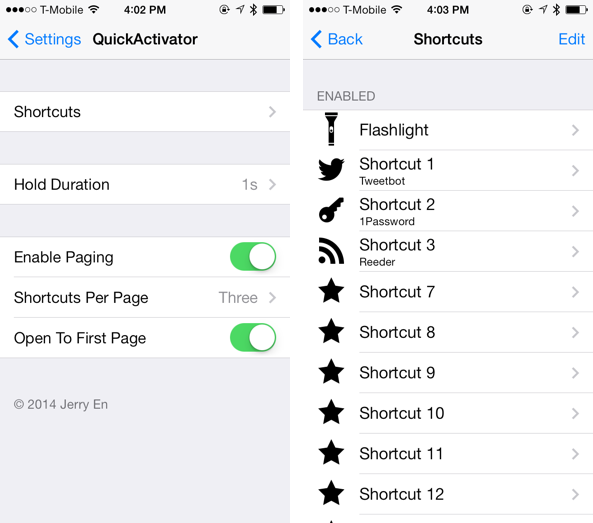 Any Activator action available within Ryan Petrich’s Activator tweak can be used as an action for both the primary and secondary actions. Many of the glyphs contained within QuickActivator correspond to actions you’ll find within Activator’s settings. 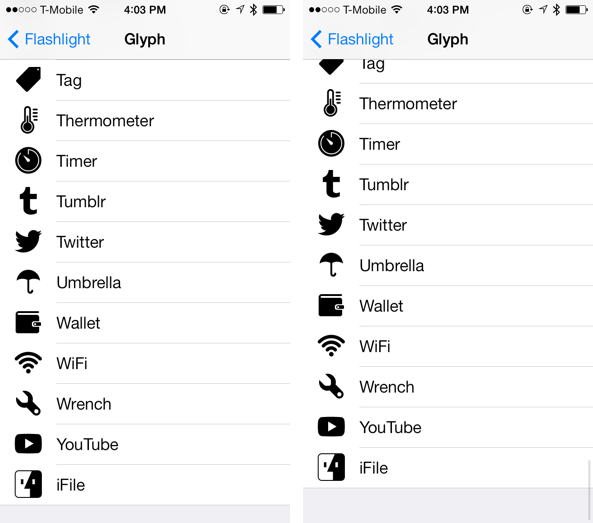 QuickActivator contains a few auxiliary settings for customizing the look and feel of the quick shortcut toggles. You’ll find a hold duration panel, which allows you to set a specific delay for the tap and hold gestures. You’ll also find a toggle for paging. Up to five shortcuts can be displayed at any one time using the shortcuts per page section, with two icons being the minimum value available.

Of course, many of the actions that you’ll find in Activator cannot be used from iOS’ Lock screen. For that reason, each quick toggle shortcut setting has a toggle that allows you to disable the shortcut on the Lock screen. These can be set on an individual basis, allowing you to pick and choose what is displayed on the Lock screen.

You can find QuickActivator on Cydia’s BigBoss repo for $0.99. If you decide to take it for a spin, let me know what you think about it in the comments.