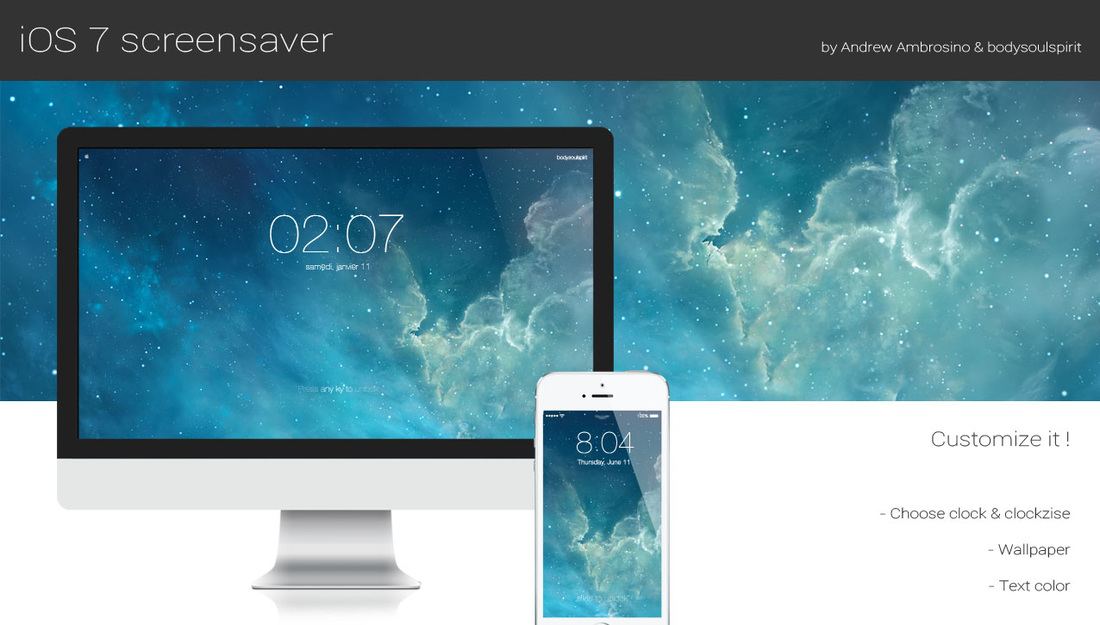 With the release of OS X Mavericks, Apple reaffirmed that it is in no hurry to bring the design of iOS over to the Mac—the two have little in common when it comes to UI. But there are ways to customize your Mac to look more like iOS such as utilities, icon packs, and now this.

What you see above is a new screensaver for OS X that resembles the iconic iOS 7 Lock screen. It features an oversized, 4-digit clock, an animated background, and the text ‘Press any key to unlock.’ The screensaver is totally customizable and fairly easy to install. Take a look…

First, we’ll show you how to install the screensaver. The developer says it supports OS X 10.8 Mountain Lion and before, and OS X Mavericks, but noted that Mavericks users on MacBooks have reported issues. For what it’s worth, I’m on a Retina MacBook and it seems just fine.

Step 1: You’ll want to download the screensaver from the developer’s website to either your Downloads folder or desktop (somewhere easy to find), and open the package.

Step 2: Drag the file named ‘iOS 7 lockscreen by bodysoulspirit.qtz’ to Macintosh Hard Drive > Library > Screen Savers. The developer has made this super easy by providing a shortcut to the folder called ‘Screen Savers alias.’

Step 3: Launch your Mac’s System Preferences app and click the Desktop & Screen Saver icon. The new screensaver should show up towards the bottom of the list.

And that’s all there is to it. Once selected, you can customize some things by opening Screen Saver Options. You can make the image fill the screen or stretch it, turn off the animation, change the text color from white to black, and change the clock format from 24-hour to AM/PM. 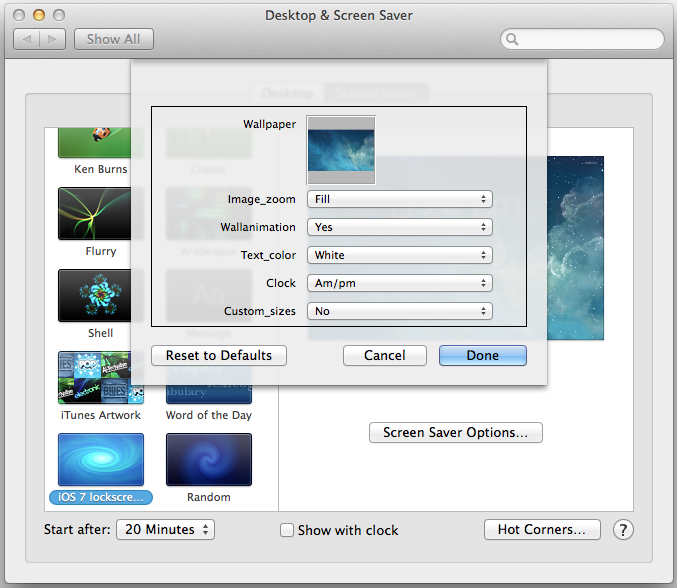 I did notice one small caveat: if you change the clock to AM/PM mode, and the hour is single-digit, the number to the left looks a bit off. If there are 4 digits in the time, it looks fine, but if it’s say, 1:30, it looks weird. Other than that though, the animations and fonts used are spot on.

I can’t really speak to long-term use, as I’ve only had it installed a few hours. But for folks looking to add a little iOS flavor to their Mac, I recommend checking this out. It looks sharp, seems stable, and best of all, it’s free.