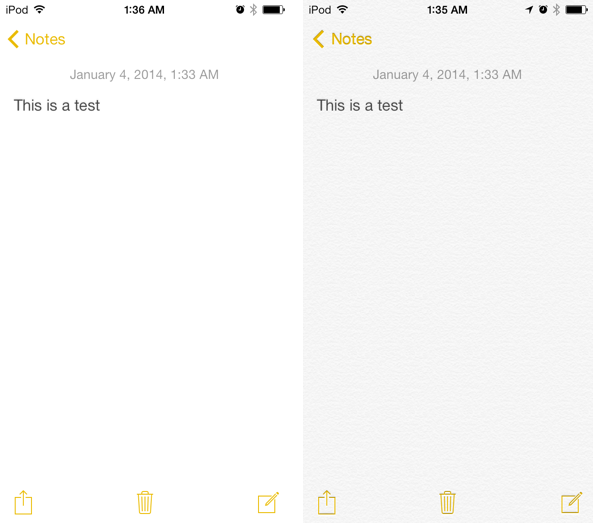 If you’ve been listening to our podcasts as of late, you’ve probably heard one of us spew off our dislike for the look of the Notes app. It’s one of the only stock apps in iOS 7 that retains some semblances of skeuomorphism from the pre-iOS 7 era.

Flat Notes is a new jailbreak tweak that alters the look of the Stock notes app. It makes the notes app look more like the rest of the stock apps in iOS 7. Have a look at our video comparison inside…

Flat Notes also does a good job of removing the letterpress effect from the note’s text. This letterpress effect makes it seem as if the notes were typed on a typewriter—again, and ode to skeuomorphism—and results in an odd-looking sense of depth.

The developer does not in his release notes that the letterpress is not fully removed from text when editing a note. He claims that he is working on fixing the issue, and that a future update should resolve the problem. 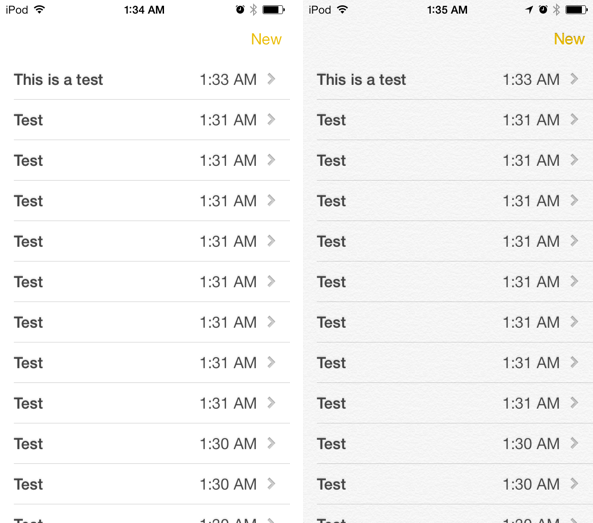 The effects of Flat Notes are applied in both the single note view and the list view. This ensures a uniformed look throughout the entirety of the app. By the way, there are no options or settings to configure to get Flat Notes working; just install it and go.

You can find Flat Notes on Cydia’s BigBoss repo for free. Let me know how you think the look compares to the original look of the Notes app.