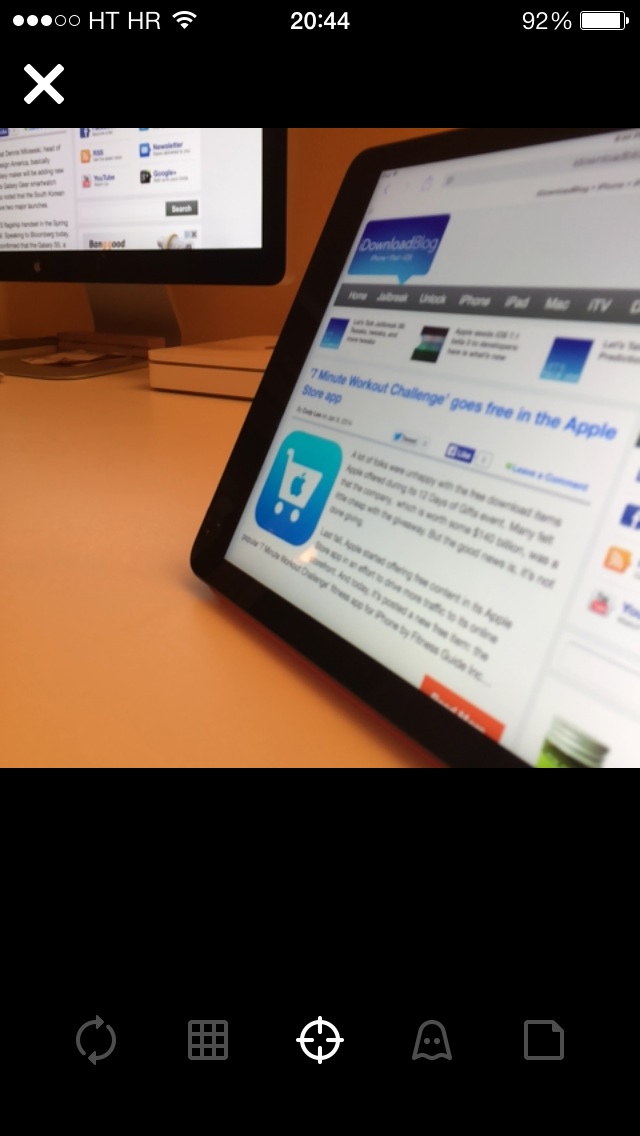 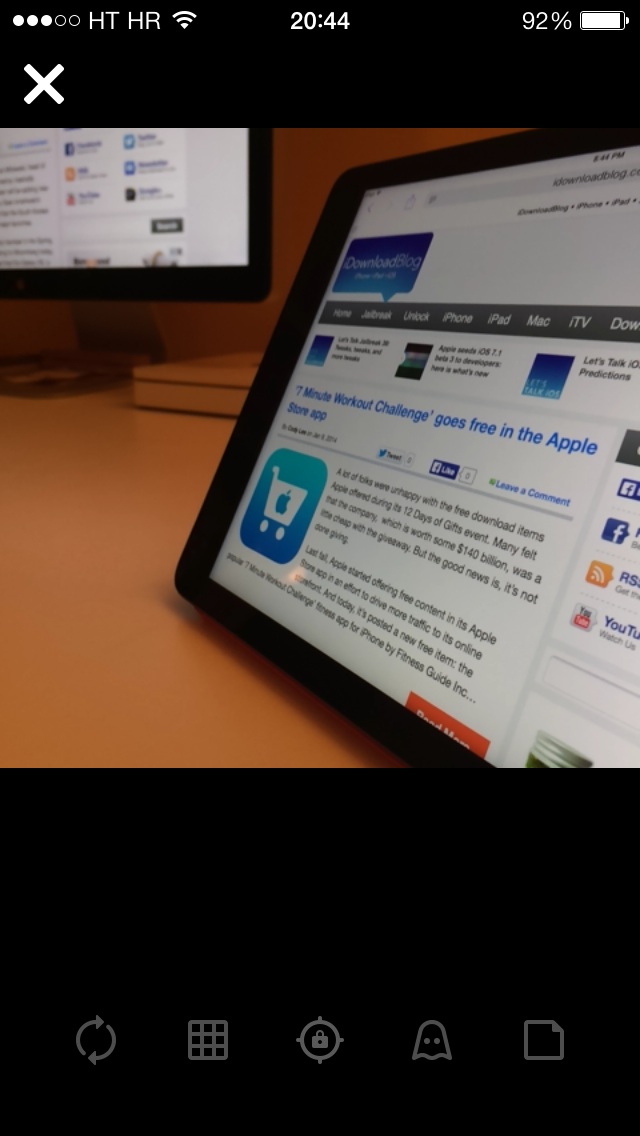 Twitter’s Vine is on an update spree. Earlier in the week the company rolled out two new features specifically covering Vine’s web interface, one allowing users to browse, like share and comment on Vines on the web, bypassing the mobile apps, and the other called TV mode that lets you play all of the videos from your home feed, or from any given profile, in sequence.

Twitter has now turned its attention back to Vine’s iPhone app which has been bumped up to version 1.4.7. In addition to bug fixes and performance improvements, this Vine edition allows you to capture sharper videos and achieve better effects by locking your focus and exposure with the focus tool, here’s how it works…

Vine has always had automatic focusing, but you can now manually lock the exposure and focus values (though not independently) before you start recording anything.

This is useful should you need to avoid Vine’s refocusing during video capture – for example, when panning the device around. The feature is available from Vine’s focus tool which can be accessed by tapping the crosshair icon at the bottom. This brings up the focus tool.

While you can still tap-to-focus as before, now if you tap-and-hold on an object your focus and exposure values will become locked, as denoted by the lock badge over the focus tool icon.

Release the finger and you’ll be taken straight back to the recording interface, your focus and exposure now safely locked.

To switch back to manual focus, enter the focus tool again and tap once on any on-screen object. The lock badge on the focus tool icon will disappear as a result.

Now if the scene changes, or you pan the device around, Vine will re-focus automatically. 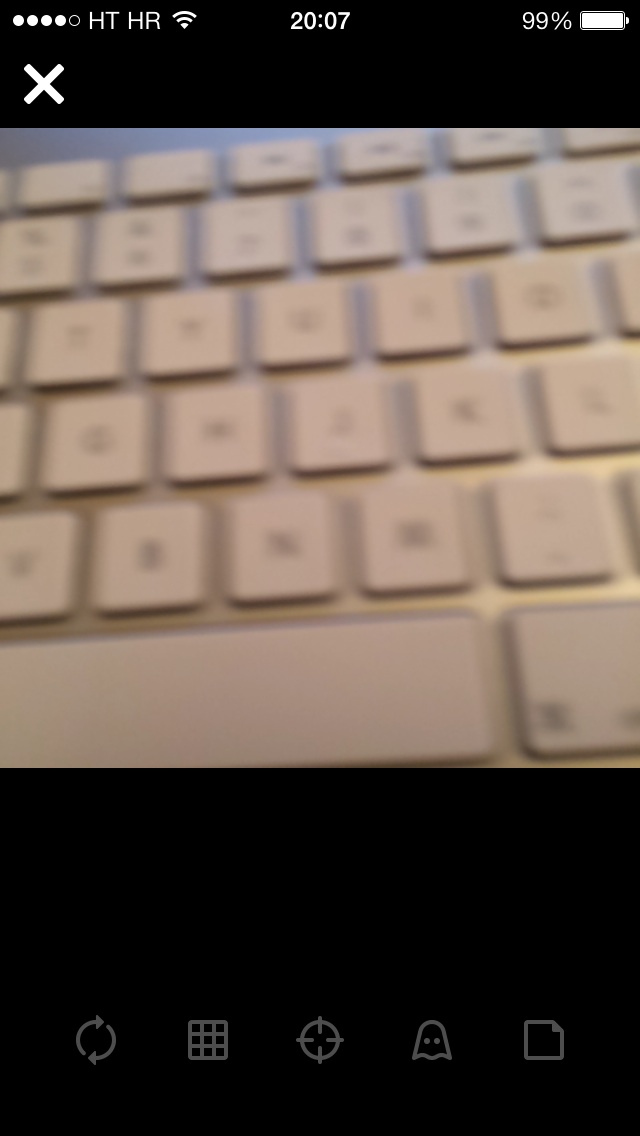 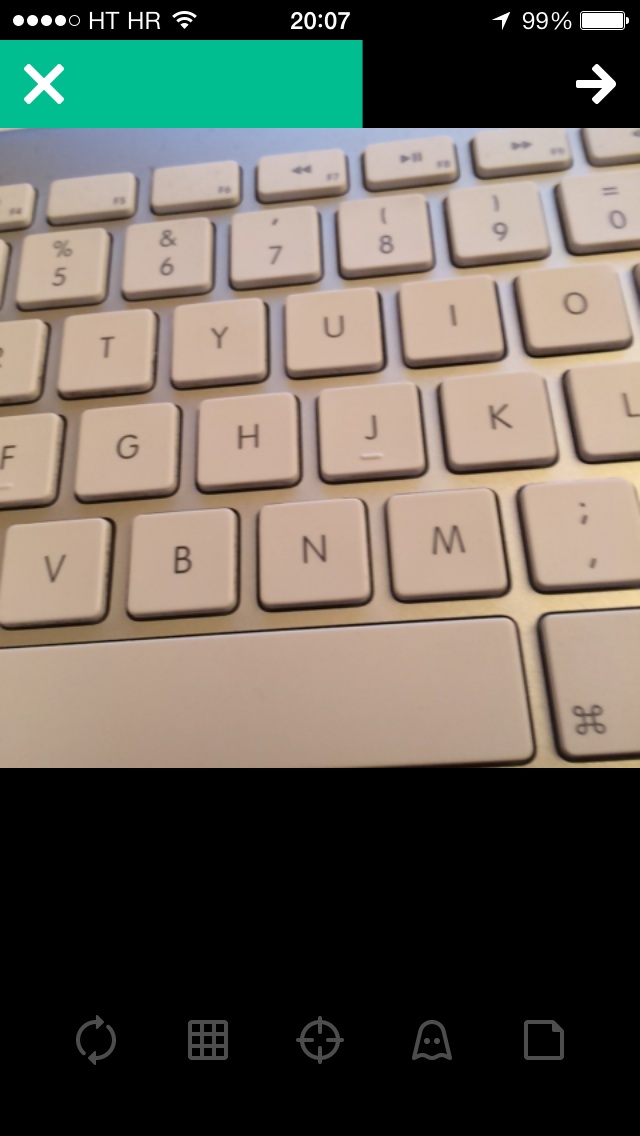 As can be seen on a pair of screenies above, you can also tap-to-focus during video capture, like in Apple’s stock iOS Camera app.

There are circumstances when this is desirable, but you’ll generally want to avoid on-the-fly exposure and focus changes as this results in amateurish-looking clips.