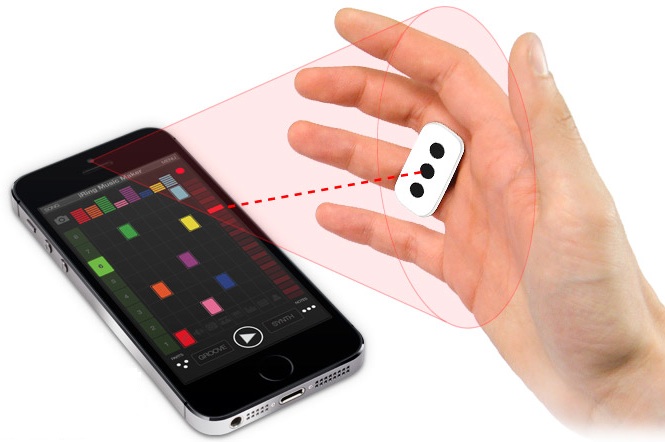 IK Multimedia, the maker of iOS apps and accessories for musicians, has announced a Kinect-like controller which promises to bring air gestures to your music creation applications. Dubbed the iRing (not to be confused with a rumored Apple TV motion controller), it rests in your hands and uses an iOS device’s front camera to detect mid-air gestures.

Hand movements are then translated into commands which get passed to supported apps. There’s something inherently fun and sci-fi about creating music just by moving your hands in front of your iPhone, iPod touch and iPad and we have a video of iRing in action right after the break…

The Modena, Italy headquartered company supports iRing in its own apps like AmpliTube, SampleTank and GrooveMaker 2, with a software development kit promising to bring motion gestures to third-party apps by way of proprietary APIs.

And how does iRing do its magic?

iRing uses the front-facing camera on your device and advanced volumetric positioning algorithms to recognize and determine the exact physical location of the ring in relation to the device camera.

These readings are converted into MIDI control messages (clever!) which are then passed to music apps, effectively allowing users to control certain parameters within supported apps using their hand movements. 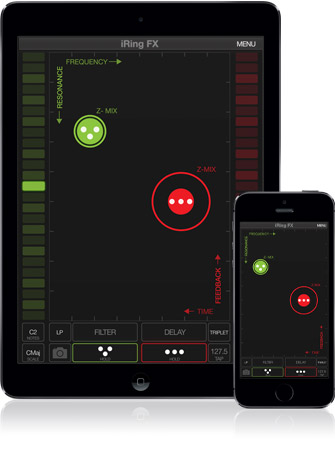 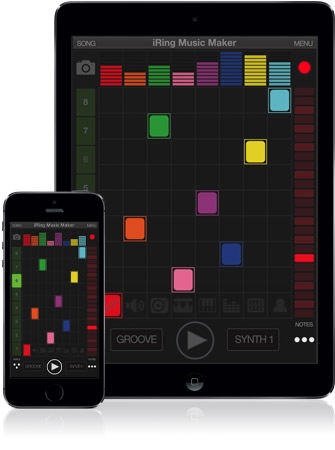 The system uses a special iRing FX/Control as a way of parsing input from the iRing and sending MIDI commands to music creation apps which support iOS AudioBus and Inter-App Audio features.

I can see IK Multimedia’s technology lending itself nicely to games, not just music apps. Its success, however, will be ultimately determined by developers’ willingness to implement iRing support in their own apps.

To learn more, check out the IK Multimedia website.