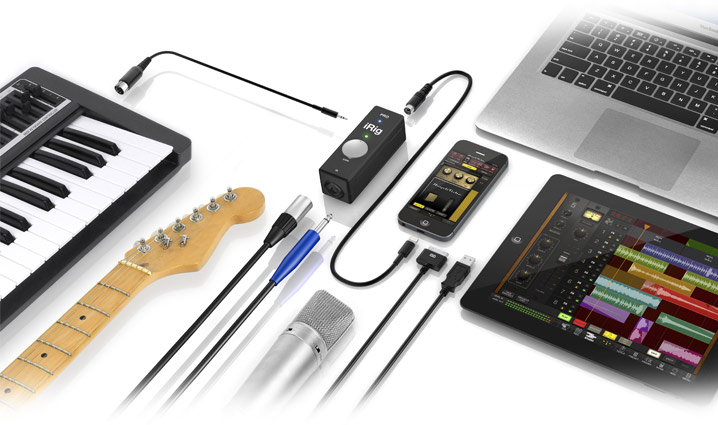 IK Multimedia is behind some of the best apps for musicians carried on Apple’s App Store, like the excellent AmpliTube Slash which has a digital effects processor based on the former Guns ‘N Roses guitarist’s favorite amps.

The company is however primarily known for its nice gear that includes a whole bunch of different effects processors, amps, mics, controllers and other gadgets tailored to musicians and music studios.

It’s the “most versatile compact audio interface on the market,” the company claims.

Though small enough to fit in your pocket, the iRig Pro doesn’t skimp on features: the built-in Lightning, 30-pin and USB ports allow for compatibility not only with both the latest and legacy iOS devices but with ubiquitous USB-based studio gear.

All this and MIDI, too.

Wouldn’t it be great to have one compact portable interface for your iPhone, iPad or Mac that you could use to connect your studio mics, your guitar or bass, your keyboards and your MIDI controller, and play, practice and record on the go? Ta Da! Now you can with the iRig Pro.

Check out the promo.

There’s an XLR/1/4″ combo jack for connecting your mics and instruments – it accepts XLR, ¼” guitar cables and balanced TRS cables.

The plug-and-play MIDI interface will appeal to pros.

The ubiquitous studio standard, MIDI is a pro interface that comes in handy when you need to hook up MIDI keyboards or other controllers to iOS/Mac devices, play virtual instruments or change parameters in Core-MIDI-compatible apps like IK Multimedia’s AmpliTube/VocaLive or Apple’s GarageBand. 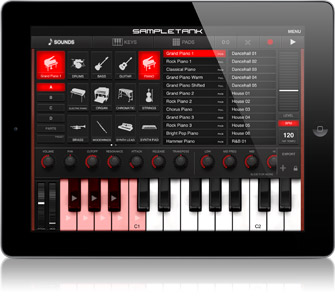 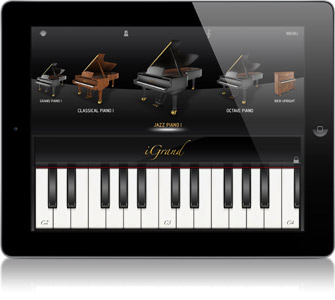 Check out other features over at the iRig Pro web page.

The accessory will ship worldwide later this month for $149.99.

You can order yours now via the IK Online Store and select retailers.

Founded in Modena, Italy in 1996, IK Multimedia operates worldwide with offices in Italy, Japan, the United States and the United Kingdom.