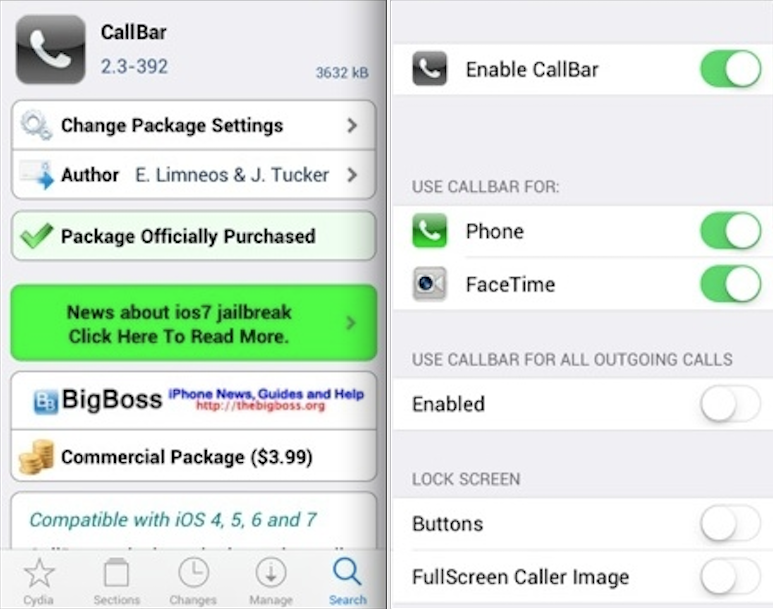 Since MobileSubstrate was updated to work with iOS 7 and the A7 processor, we’ve seen a number of major jailbreak tweaks updated to support the new OS and newer devices. And today we’re adding another one to the list.

Developer Elias Limneos announced yesterday that he had submitted an update for his popular CallBar tweak to Cydia that features ‘basic support’ for both iOS 7 and A7 devices. And it looks like the update is now available…

For those unfamiliar with the tweak, it essentially allows you to answer, decline or dismiss an incoming call on your iPhone using banner notifications, so you don’t have to stop what you’re doing. Here’s our walkthrough of V2:

Now before you get too excited, it’s worth saying again that this version of CallBar only features basic iOS 7 support. Limneos says that custom ringtones don’t work yet and the tweak still has a few minor bugs that need to be ironed out.

The good news, though, is that he also says that there’s a major update on the way. So we’ll be looking forward to that. But until then, if you’d like to grab the latest version of CallBar, you can find it in Cydia, in the BigBoss repo, for $4.