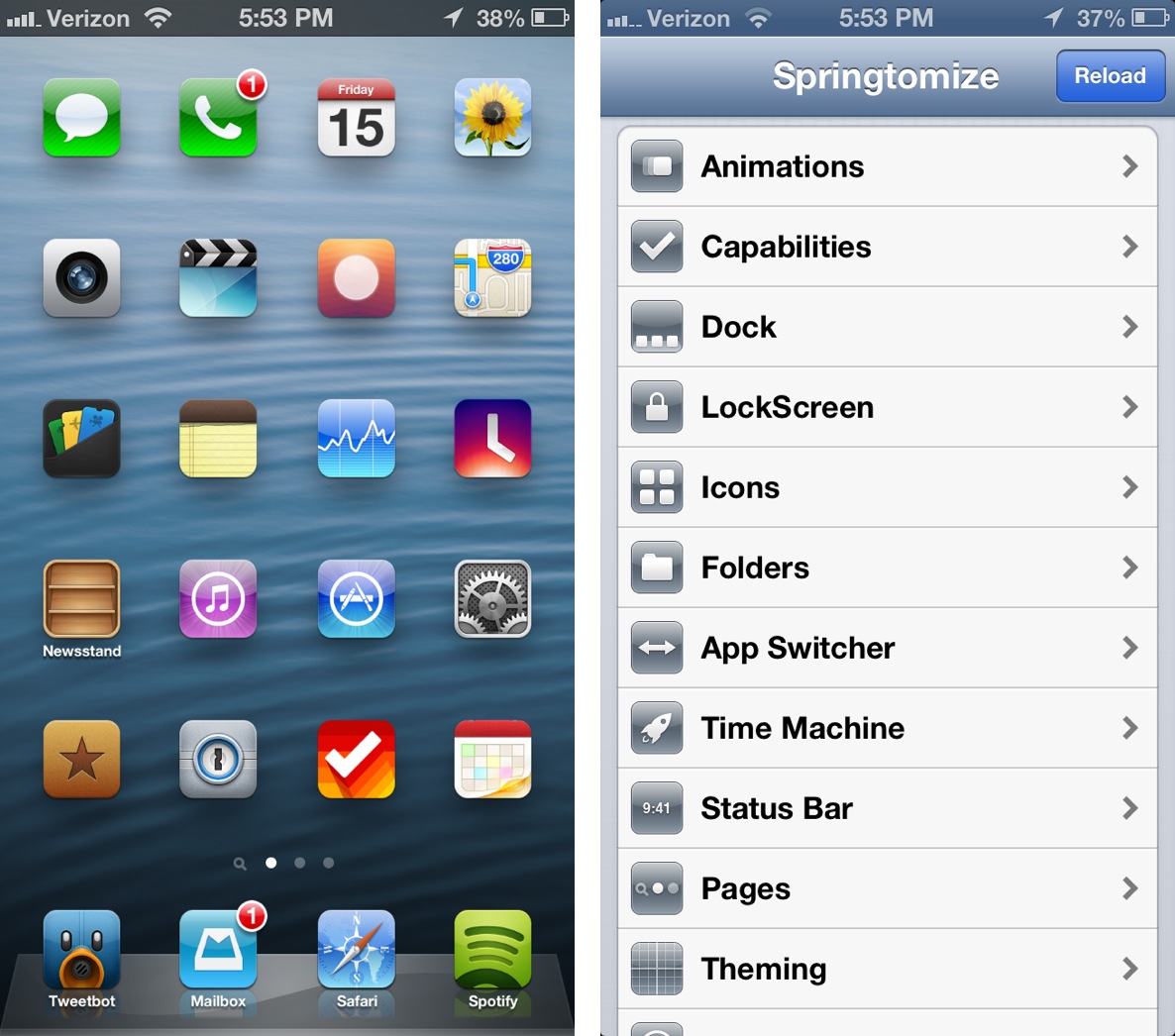 Now that we’re able to jailbreak our iOS 7 devices, and MobileSubstrate has been fixed, the next question on everyone’s mind is when will the major tweaks start getting updated? A few, like iFile already have, but we’re still waiting on a lot of them.

The good news is, we just received a status update on Filippo Bigarella’s upcoming Springtomize tweak. The developer says that he’s completely rewriting the popular utility for its third iteration, and at this point he believes he’s over halfway done…

Here’s an excerpt from Bigarella’s blog post regarding the update:

This is mainly because of the fact that it’s not an update, at all; it’s a complete rewrite, based on a completely new structure designed to solve many of the technical challenges that a big project like Springtomize brings to the game (and if you’ve ever developed an iOS tweak, you may be able to guess some of them).

From that 35-40%, I think I can safely say that, as of now, it’s at least half percent done: the “foundation” on which everything is based is nearly complete, many “hooks” have been written (which means that it already has a lot of features). What’s missing right now is expanding even more the number of available features and… Settings.

Yep, settings are a big missing point when it comes to Springtomize, and require a lot of work and testing: oh, not even counting that they need to be designed to be as user friendly as possible, because I don’t want people to get lost.

And for those unfamiliar with the tweak, here’s our walkthrough of V2:

Bigarella goes on to say that beta testers have been chosen, and that he can’t wait to show off Springtomize 3’s full potential. He asks that everyone bear with him while he takes his time completing the tweak, and promises we “will not be disappointed.”

For those interested, Bigarella also notes that he’s working on an update for his CleverPin tweak, adding iOS 7 and ARM64 support. He plans on submitting the new version to Cydia sometime this weekend, so look for that to be available shortly.