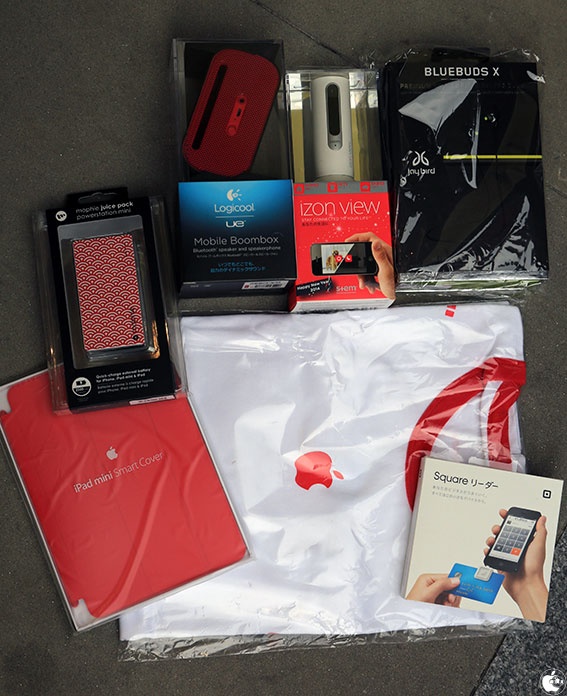 As announced a week ago, Apple today kicked off its Lucky Bags promotion in Japan. The 36,000 yen (approximately $345 USD) mystery bags filled with randomly picked Apple products and third-party accessories are being offered today only to customers in select Apple retail stores across the 128 million people country.

Also known as Fukubukuro, or Mystery Bags, Japan’s annual New Year’s Day tradition entices shopper with grab bags containing unknown contents. Although buyers can’t tell what they’re actually getting until they look inside, these mystery bags contain a selection of products worth more than the value of the Lucky Bag.

According to the Japanese blog Macotakara, there are four different Fukubukro offerings, each containing a different selection of products. While some Lucky Bags come with a 11-inch MacBook Air inside, most include either a seventh-generation iPod nano or a first-generation iPad mini.

In addition to these big-ticket items, shoppers will typically find a T-shirt inside and a selection of accessories. Some items appear in every bag, such as Mophie’s Juice Pack PowerStation Mini and Incase’s City Collection Compact Backpack. 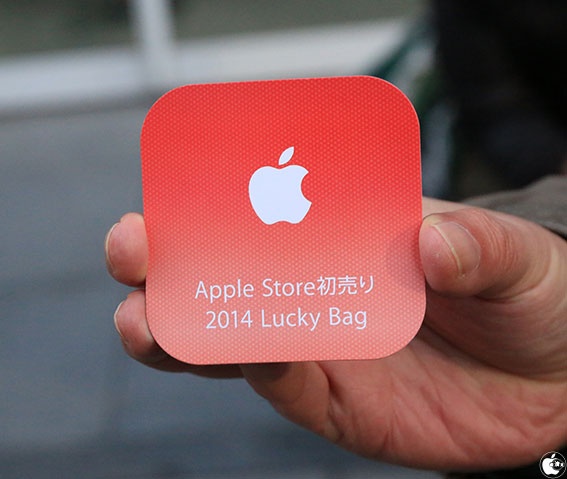 One bag has been reported to include a 11-inch MacBook Air with a Power Support Air Jacket, Apple’s Magic Mouse, and a Beats by Dre Pill Bluetooth speaker. Another bag features a Wi-Fi iPad Air with Apple’s Smart Cover, Nike+ FuelBand SE, Phillips Hue Starter Kit and Square Reader. 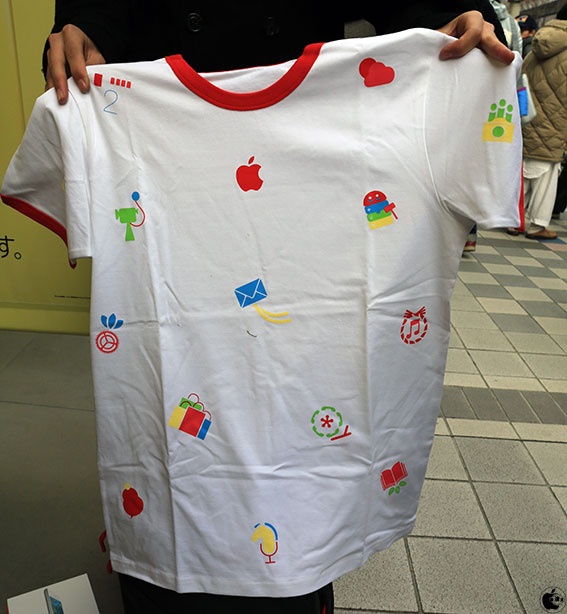 According to Apple’s Japan website and this FAQ, Lucky Bags are limited to one per person and are offered to Japanese customers only. The bags are sold as-is so returns are not accepted unless a bag came with a defective product.

The one-day event typically causes lineups at Apple’s participating retail outlets across the country and this year is no different, with many people lining up the night before to get their hands on a Lucky Bag. 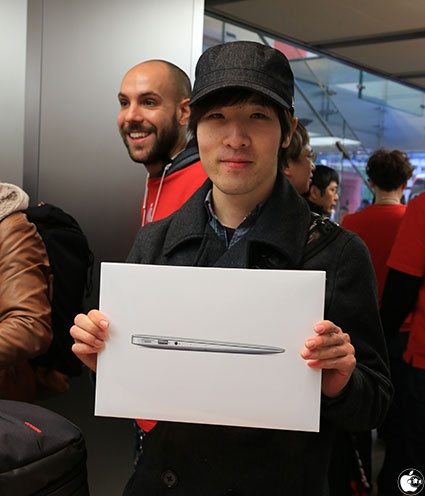 I wonder how the competitive Japanese deal with a random nature of this promotion.

Not sure about you, but I’d be mad as hell knowing the next person in line scored a MacBook Air while I “only” got an iPod nano.

Apple is also expected to announce a similar one-day shopping event celebrating China’s Lunar New Year. The Chinese refer to this annual tradition as Red Friday due to its similarities to Black Friday, the Friday following Thanksgiving Day in the United States which typically marks the unofficial beginning of the Christmas shopping season.