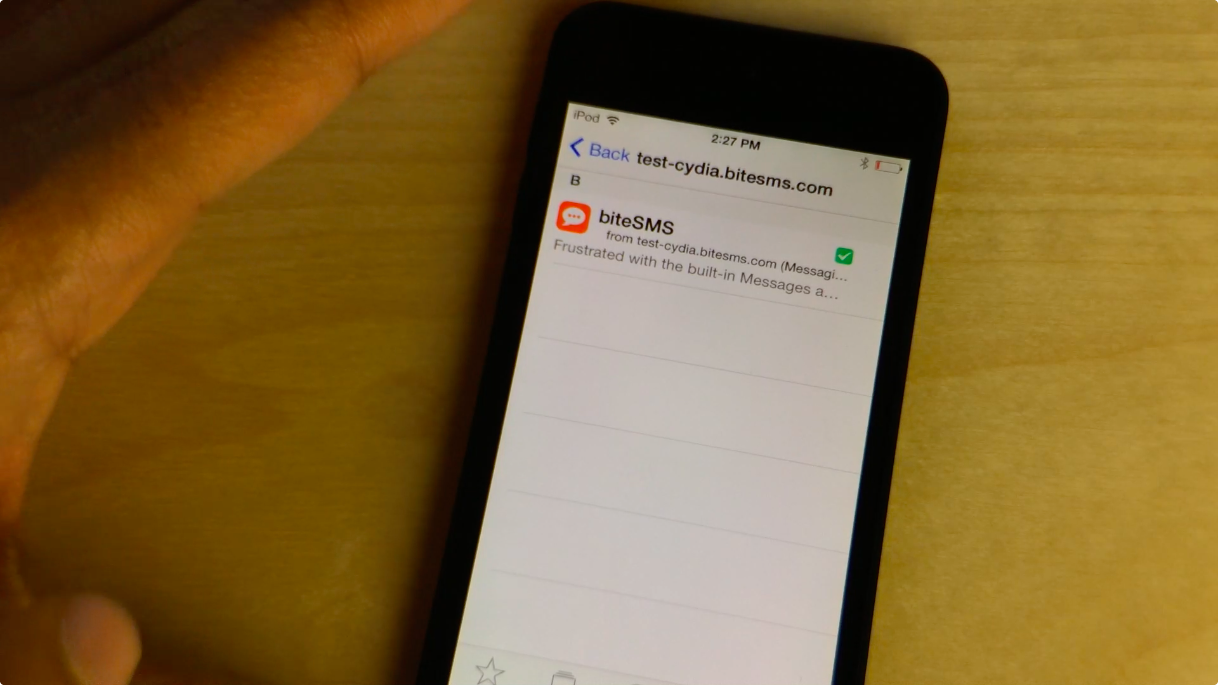 biteSMS is without a doubt one of the biggest jailbreak apps of all time. I mean, even Sebastien raves about it, and we all know how picky he is when it comes to installing things on his iPhone.

As Joe pointed out earlier, biteSMS 8.0 beta is here for you to test out with your jailbroken iOS 7 device. Although it is a bit buggy—which it should be considering it’s a beta—I couldn’t wait. I’ve installed it, and I recorded a short video showing off how beautiful the app looks on iOS 7. Take a look inside to see what I mean.

Although I can definitely see many of you being taken by temptation, the reasonableness in me has to sound a clear warning. With Mobile Substrate not being updated in time for Evasi0n’s release, this makes using beta software like biteSMS more difficult than usual. It worked, but the experience was not without lots of bugs, spontaneous shut offs, reboots, and the like.

I recommend that you stay away until at least Mobile Substrate is updated. When that happens, you’ll be able to use biteSMS with 64-bit devices like the iPhone 5s as well, as these devices are non-compatible until Substrate is updated. If you decide to go ahead and take the plunge, then by all means share your experience down below.

Update: BiteSMS has been pulled from Cydia, as explained by its developer:

Thanks guys, just pulled the unofficial release. I’ll get back with you on a date shortly just discussing with developers (to see if I can get them in on a Saturday!)

This was for internal testing only, it’s not a beta release, it’s not ready yet. OMG I am freaking out you guys got this when it’s not good enough. It’s annoying you saw it in this state. It’s been pulled!
There’s a bunch of bugs to fix up, some UI improvements and the ARM64 which is going to take a few days before an official Beta is out.