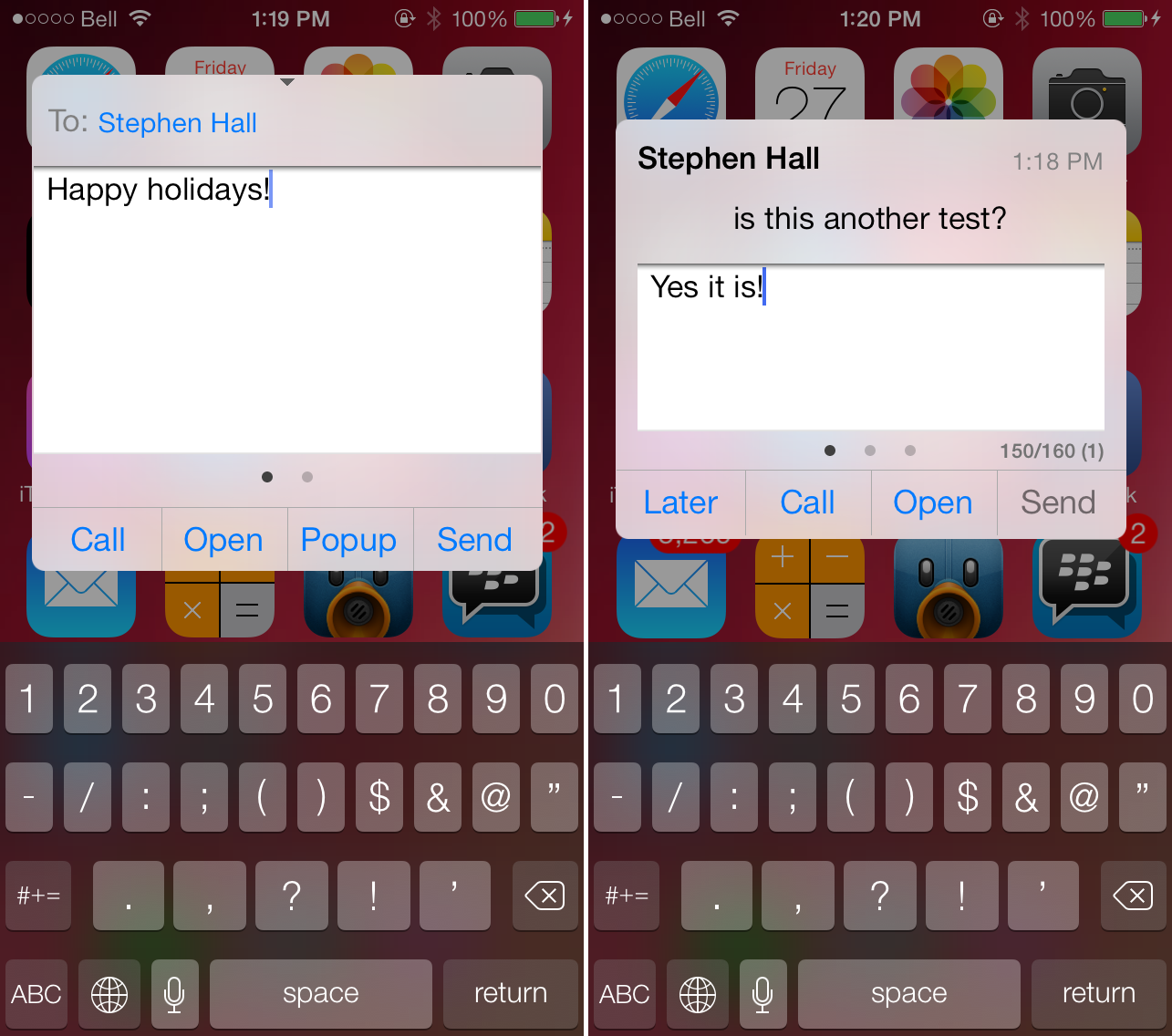 Once installed, biteSMS will subtly replace the default Messages app on your home screen. The tweak has great performance on an iPhone 5 running iOS 7.0.4, as I personally tested, but remains incompatible with A7 devices like the iPhone 5s. Moreover, as to be expected from a beta release, biteSMS does have a few issues. Multiple users within the tweak’s support forums are reporting problems with the licensing pop-up continuously appearing and a greyed out send button for quick reply.

BiteSMS beta 8.0 is available on Cydia by adding the repository test-cydia.bitesms.com under Manage > Edit > Add. It should appear on the default BigBoss repository soon. If the tweak does not show up after installing it, you may need to reinstall MobileSubstrate and Substrate Safe Mode on Cydia. Most of these issues should be ironed out in the final biteSMS version, and a MobileSubstrate update will certainly help too.

In the meantime, let us know how the tweak performs on your device.

Update: BiteSMS has been pulled from Cydia, as explained by its developer:

Thanks guys, just pulled the unofficial release. I’ll get back with you on a date shortly just discussing with developers (to see if I can get them in on a Saturday!)

This was for internal testing only, it’s not a beta release, it’s not ready yet. OMG I am freaking out you guys got this when it’s not good enough. It’s annoying you saw it in this state. It’s been pulled!
There’s a bunch of bugs to fix up, some UI improvements and the ARM64 which is going to take a few days before an official Beta is out.