During Apple’s latest earnings call, Tim Cook noted that the company made 15 ‘strategic acquisitions’ during its fiscal 2013. But out of those 15 purchases, we’ve only heard about 9 or 10 of them, begging the question: who else did Apple buy this year?

Mark Gurman over at 9to5Mac has a pretty good theory about at least two of them. Citing sources inside Apple, as well as evidence from LinkedIn and other sites, Gurman is reporting that Apple also acquired mapping firm BroadMap and Catch this year…

BroadMap is a comprehensive mapping firm with a number of products and services. It has a particular expertise in managing, sorting, and analyzing map data, and its technology has been implemented by several large companies government agencies.

In addition to pointing to the LinkedIn profiles of various ex-BroadMap executives, many of which now work for Apple’s Maps team, Gurman also offers up some insider info:

“We have specifically heard from a source directly familiar with Apple’s mergers and acquisitions process that Apple acquired BroadMap. The source says that the acquisition was mostly centered around talent, not solely BroadMap’s technology.”

Now as for Catch, this is a company that was popular for its cross-platform note-taking app—similar to Evernote. Apple was obviously a fan, as it used screenshots from the app in various online and print marketing materials, and even in some of its retail stores. 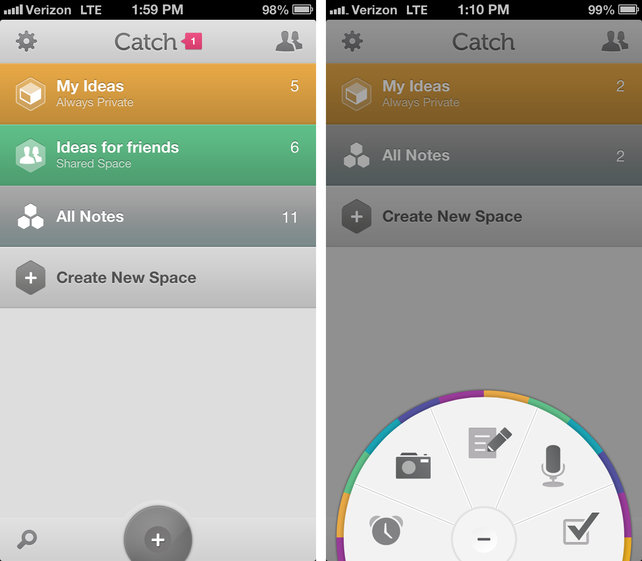 Catch shut down in August, saying that it had made a difficult decision to take the company in a different direction. It was later confirmed by a VP that it had been acquired, and with many team-members now working at Apple, it seems likely that it was the buyer.

“While Catch being acquired following promotion from Apple does not exactly indicate that Apple is the buyer, we have heard from multiple sources that the majority of Catch employees are now working for Apple. The sources say that the former list of Catch employees, which even includes co-founder Andreas Schobel, are working on iOS-related software.”

It’s not hard to guess what Apple would want with a mapping company and note-taking app. Apple has been struggling with its Maps app since it launched last fall, and iCloud could use some help too. I suggest reading Gurman’s entire report for complete context.

Apple has been very busy this year, buying nearly 3 times as many companies as it did in 2012. Those acquisitions include popular media recommendation service Matcha.tv, transit mapping app HopStop, and PrimeSense, the firm behind the Xbox 360’s Kinect.

Update: 9to5Mac’s report has been corroborated by AllThingsD, who has a statement from Apple. A company spokesperson confirmed the rumors to the site with its standard acquisition statement: “Apple buys smaller technology companies from time to time, and we generally do not discuss our purpose or plans.”