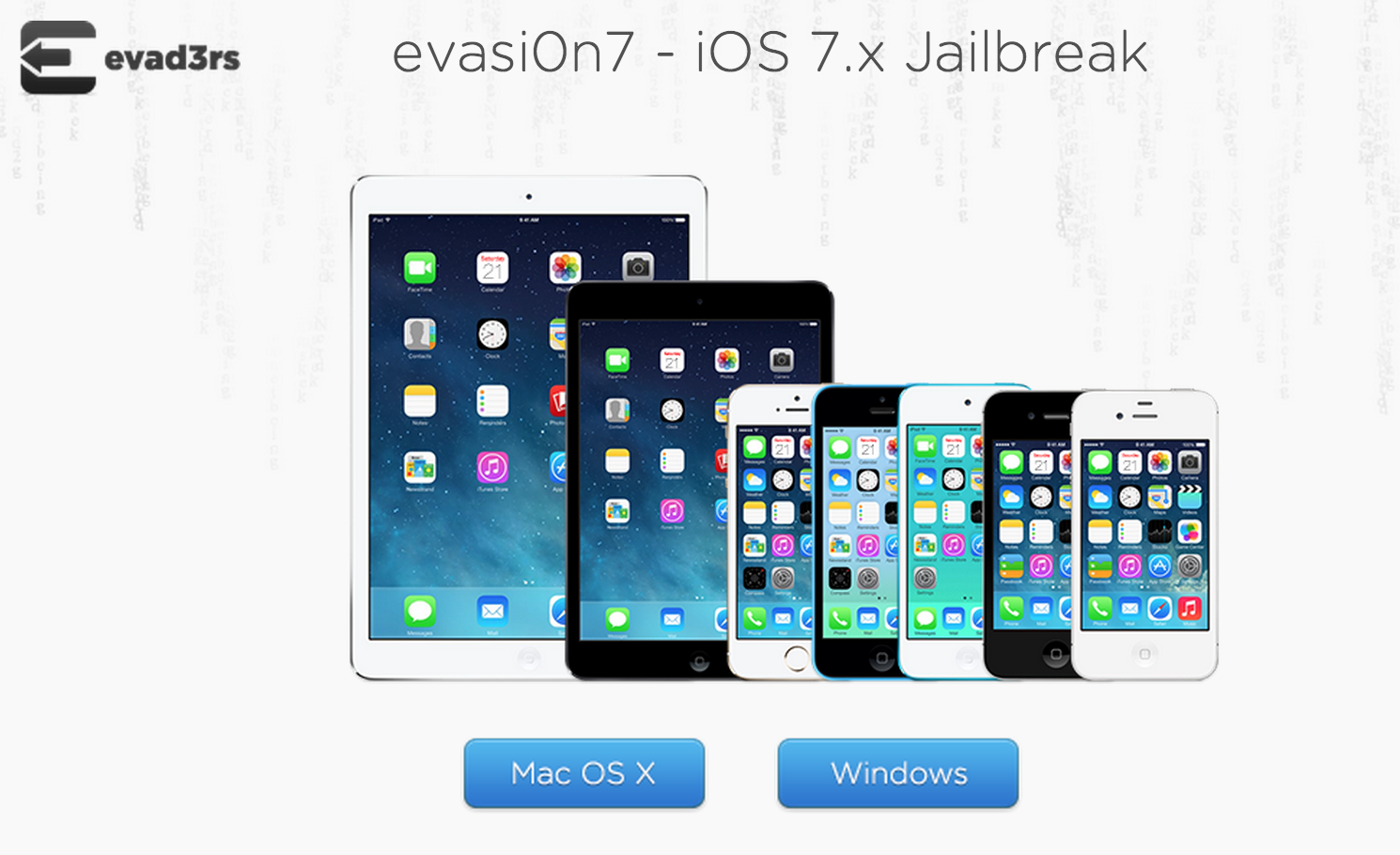 In a move that I think caught all of us way off-guard, the evad3rs have just released an untethered jailbreak for iOS 7. The team is calling the hack evasi0n7, and it’s compatible with all iPhone, iPod touch, iPad and iPad mini models running iOS 7.0 through 7.0.4.

Folks with devices jailbroken on iOS 6.1.x are now free to update to iOS 7 without losing their JB. But if you just absolutely can’t stand the new operating system, it sounds like a jailbreak for iOS 6.1.3/4/5 will be released in the near future. More details after the fold…

It looks like the evasi0n7 release even caught Saurik off guard, judging by this series of tweets:

In fact, @evad3rs didn’t even try my testing build of Substrate I gave core developers, so they didn’t notice a fundamental incompatibility.

This means they are going to have to push a new version of their untether to fix this oversight before I can push newer builds of Substrate.

Saurik goes on to say that because there was never a tethered jailbreak for iOS 7 that had fully working kernel patches, he hasn’t been able to test much. So he has no idea what will and won’t work, and has asked that folks bear with him as he sorts everything out.

We’re guessing the same goes for a lot of your favorite jailbreak tweaks and utilities. So if you have some Cydia packages that you absolutely can’t live without, it might be best to hold off for a bit while things are tested for compatibility, stability and reliability.

Tweaks relying on mobilesubstrate have issues with early release of evasi0n. Keep away from that for the moment, we’re working on a fix.

Lastly, congratulations to the evad3rs. Because iOS 7 is so dramatically different than its predecessor, we figured we would be waiting a lot longer for this jailbreak. If you find the tool useful, we encourage you to donate to the team using the link at the bottom of the app.

Anyway, for those of you looking to jump right in, we’ve posted a tutorial for how to jailbreak iOS 7 on both Mac and Windows, or you can go ahead and get started yourself by grabbing evasi0n7 from our Downloads page.