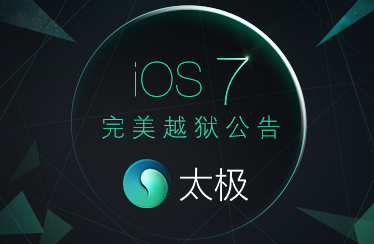 Chinese jailbreakers were up for a surprise this morning when they decided to run evasi0n7 to jailbreak their iOS 7 devices. Instead of finding Cydia installed on their Home screen as you normally do, they found a different installer named Taig – believed to be pronounced Taiji (please correct me if I’m wrong).

How does this Chinese installer get installed on your device? Why would Cydia be put aside for Chinese users? Did the evad3rs get paid one million dollars to strike a deal with a Chinese company? A few questions that I hope to answer in the upcoming paragraphs.

How do you get Taig on your device?

People are wondering what this Taig installer is and how they get it on their device, or maybe more commonly asked, how to make sure they do not get it installed on their device.

If the main dictionary used on your iOS device is Chinese, then evasi0n will detect it and install Taig by default. Although I haven’t tried this myself, I am being told that you can still install Cydia during the jailbreak process, simply by checking a box in evasi0n7.

If Chinese is not the default language on your device, then Taig will not be installed.

Why isn’t Cydia the default installer?

From what I gather, many Chinese users do not speak English well or at all, and Cydia being a 100% English installer (although there are probably some Chinese translation tweaks available for it) makes it hard for the majority of Chinese users to figure out what they are doing on Cydia. As a matter of fact, after jailbreaking their devices, many Chinese users go on to install local installers via AFC2.

Giving Chinese jailbreakers the option to install a Chinese installer right off the bat is something that will probably be welcome by local users because Cydia isn’t really adapted for them to begin with. Imagine having Cydia in Chinese on your iPhone. That wouldn’t be very practical and I think that you’d probably be happy to get an installer in your own language instead. That’s what Taig offers to Chinese users.

Is Taig a repo for cracked apps?

Yes and no. From what I hear, there are some shady repos installed by default on Taig but I’m being told the company behind it will be doing a witch hunt and get rid of them, when possible. Please remember that I am just sharing the information I am given.

It must be noted that Taig is just like Cydia though. Although Cydia doesn’t offer pirated apps repos by default, nothing stops you from adding these repos manually later on. Taig is exactly the same in this regard.

This being said, Taig gave some guarantees to the evad3rs that they will not support piracy. As a matter of fact, I believe that some repos have already been removed from Taig this morning following piracy claims.

Are Chinese going to take over my device?

No, China will not take over your iOS device, neither will your information be stolen or anything of sort. Remember that Taig is only installed if evasi0n7 detects Chinese language as default on your device. While there are certainly many users in the US for example having Chinese as the primary language on their device, the bulk of users with this specific setting is obviously in China.

Chinese users installing Taig will have to be the one making the vote of confidence to Taig. Personally having no knowledge about Taig, I’d probably stay away from it, but Chinese users in China may have a different point of view.

But how can I be sure no rogue code is installed on my device?

The majority of jailbreakers won’t be able to tell, but I believe evasi0n7 will be under intense scrutiny over the next few days and weeks. If there is something fishy, it will be discovered. Now if you’re too worried, just don’t jailbreak your device.

Did the evad3rs get paid one million dollars to bundle Taig to evasi0n7?

Could have the evad3rs communicated better?

Absolutely. There currently is a backlash against the evad3rs for releasing the jailbreak now, but maybe more importantly for working with a Chinese company. I think the evad3rs could have prepared a statement explaining their move, a few minutes before releasing evasi0n7. This would have clarified things up for everyone, and it would have probably avoided this massive confusion.

This being said, the evad3rs were in a rush to release their jailbreak, facing competition from different teams. From what we hear, there were two teams actively working on the iOS 7 jailbreak. Apparently, Saurik was part of one team, and geohot himself was part of another. This is just rumors so please do take this information with a gigantic grain of salt.

We’ll know more shortly as the evad3rs will take to Reddit to apparently clear things up.