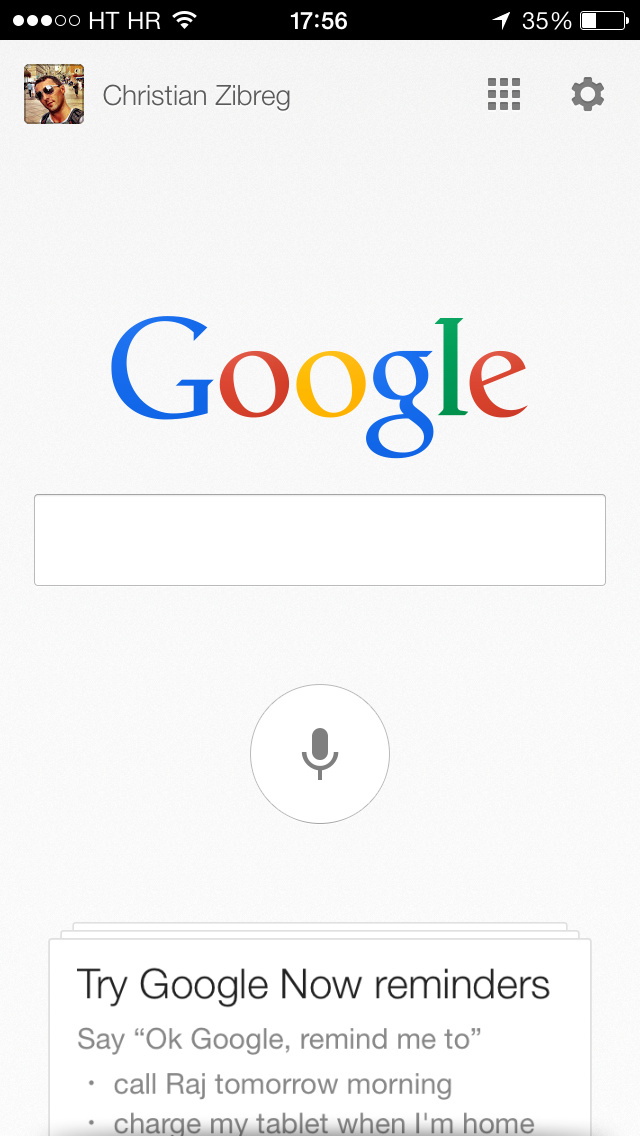 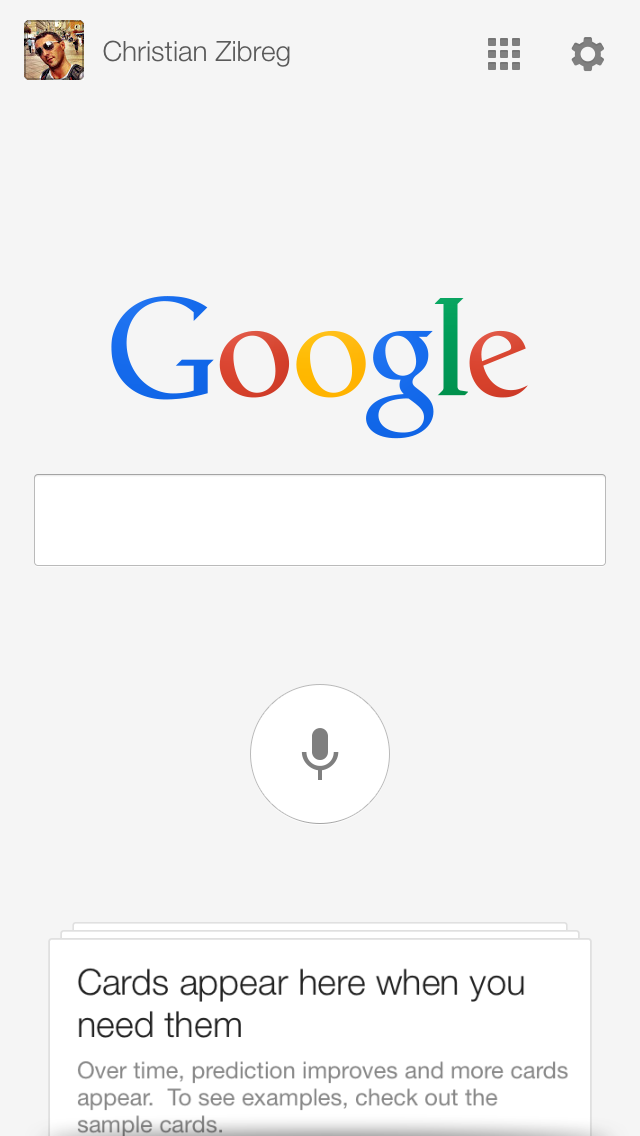 Google’s standalone Search application has been updated with barely visible iOS 7 styling and a pair of under-the-hood improvements allowing for the native fluid Image Search experience on the iPad as well as smarter integration with the Google Maps app.

Other than that, release notes mention no new features for Google Search version 3.2, which is now available as a free download from the App Store. I’ve included additional tidbits right below, if you’re interested…

Google is faster and more immersive with:

A good example is the new true full-screen browsing mode: while it does away with the iOS status bar, the search page looks and behaves precisely as it did in the previous version, as evidenced on the ‘before’ and ‘after’ screenies top of post.

The good thing about hiding the iOS status bar is that you can now enjoy true edge-to-edge full-screen experience. The full-screen mode is also available for Google Now, with the individual cards taking up the width of the screen.

The old Image Search on the iPad that used to be a dumb web page has been replaced with a native image-searching experience, as depicted below. 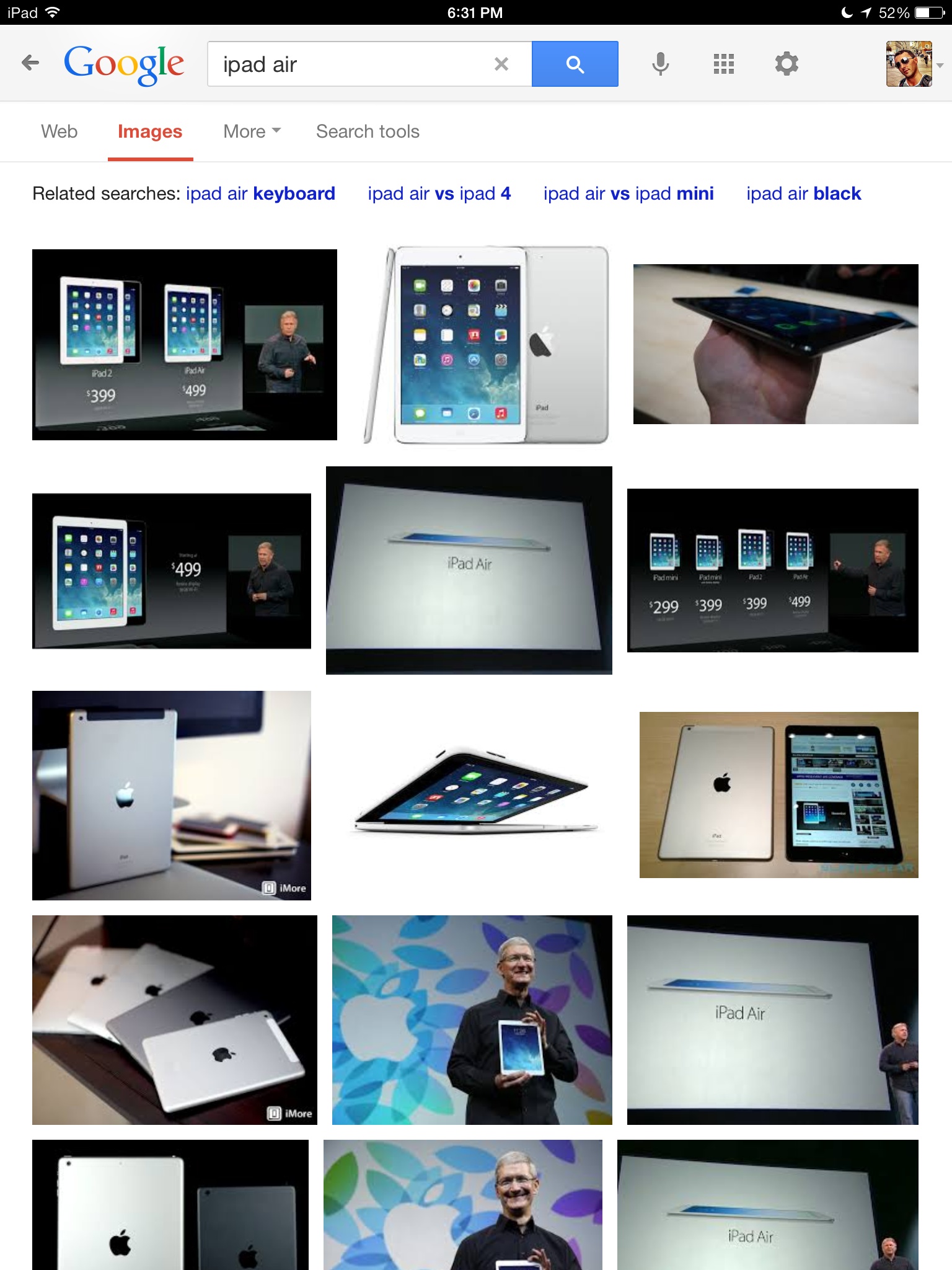 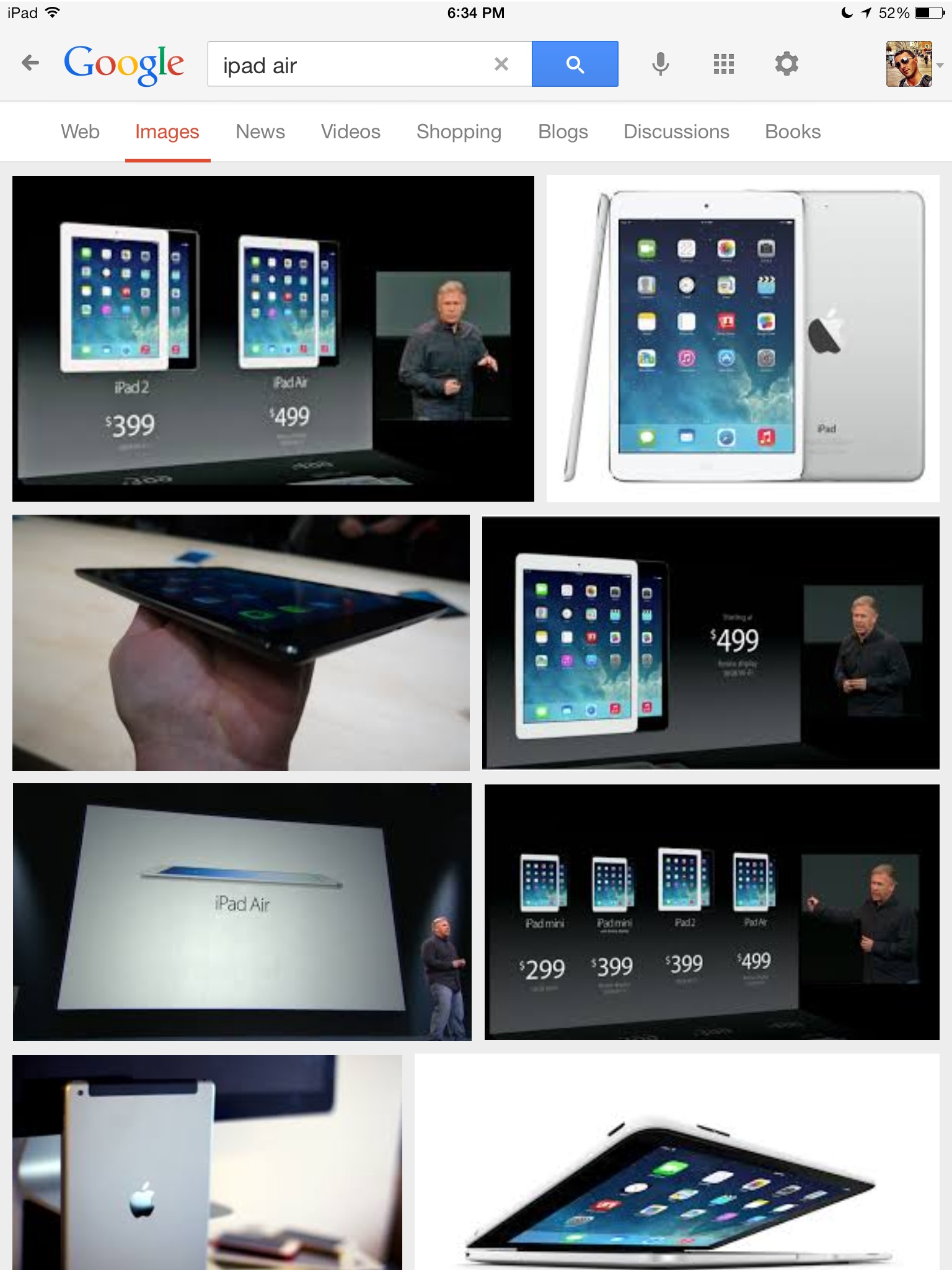 The old Image Search on the iPad (left) and the new native one (right).

And here’s the old (left) vs new (right) search results page on the iPhone. 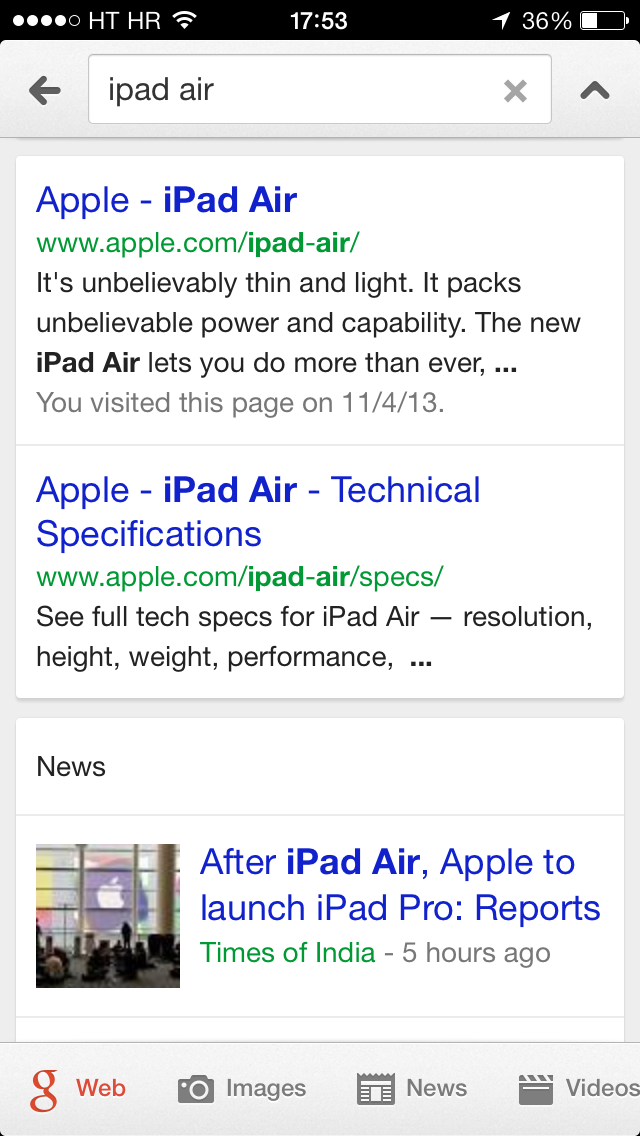 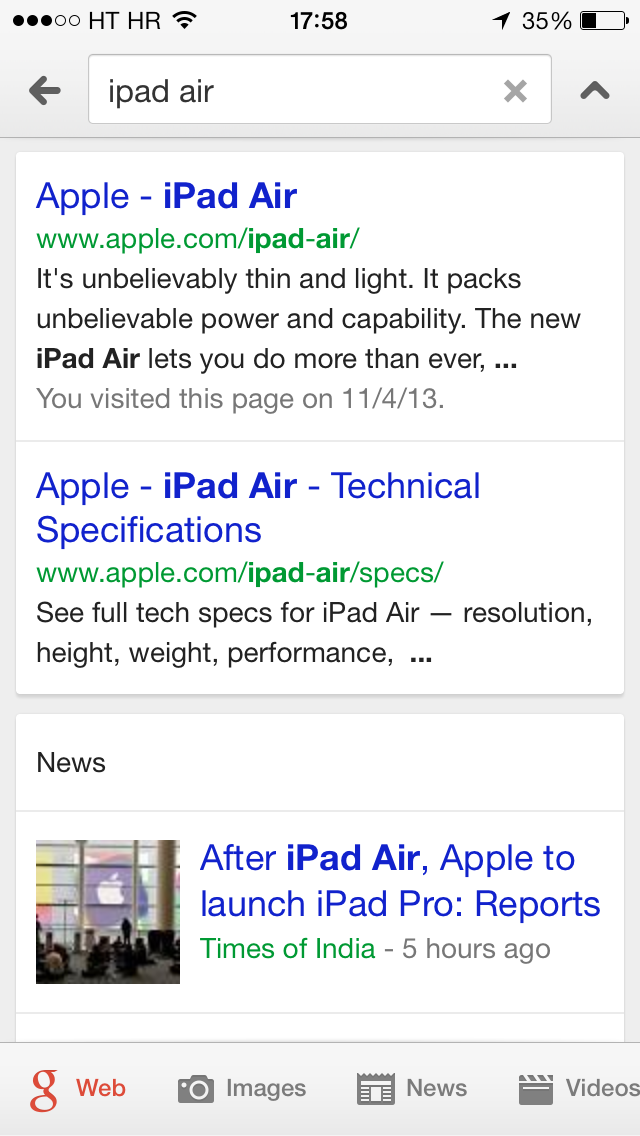 Again, no change whatsoever aside from the color-matched status bar.

And here’s the new old Image Search on iPhone. 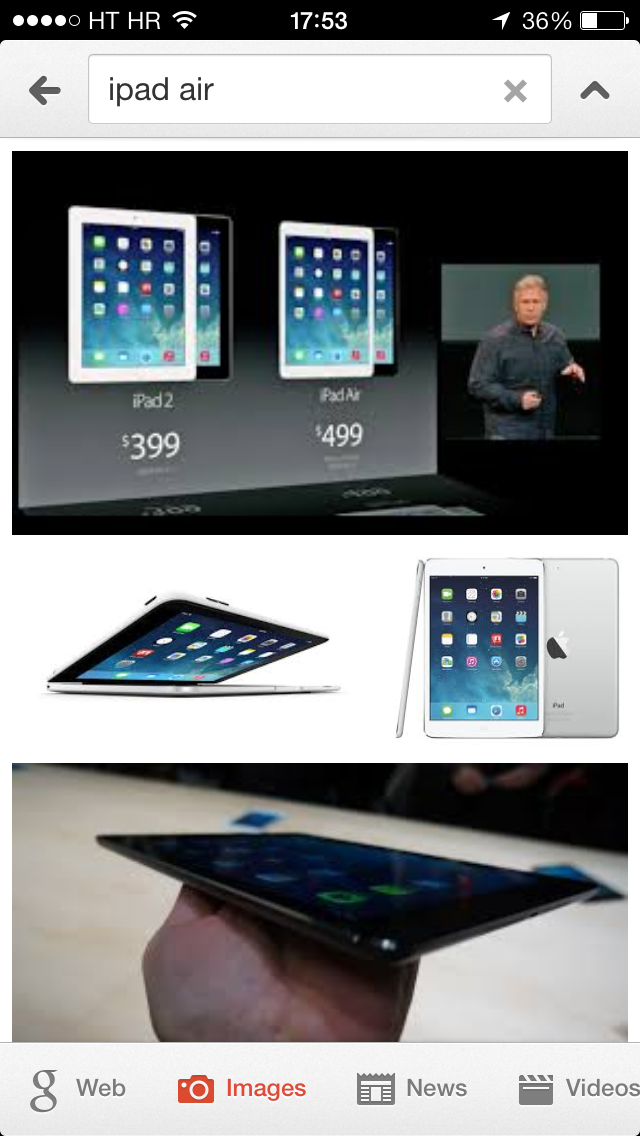 As for the “Smarter integration with the Google Maps app”, I’m not sure what it stands for, but for what it’s worth – loading up maps within the Search app feels really snappy, certainly much faster than before.

Just ask, “What’s the traffic to Best Buy?” The app will show you the fastest route around gridlock and with just one tap on the Google Maps link, you can dive right into turn-by-turn directions in the Maps app.

With today’s update, you can also jump back from Google Maps to the Search app with a single tap.

And here’s your screenshot. 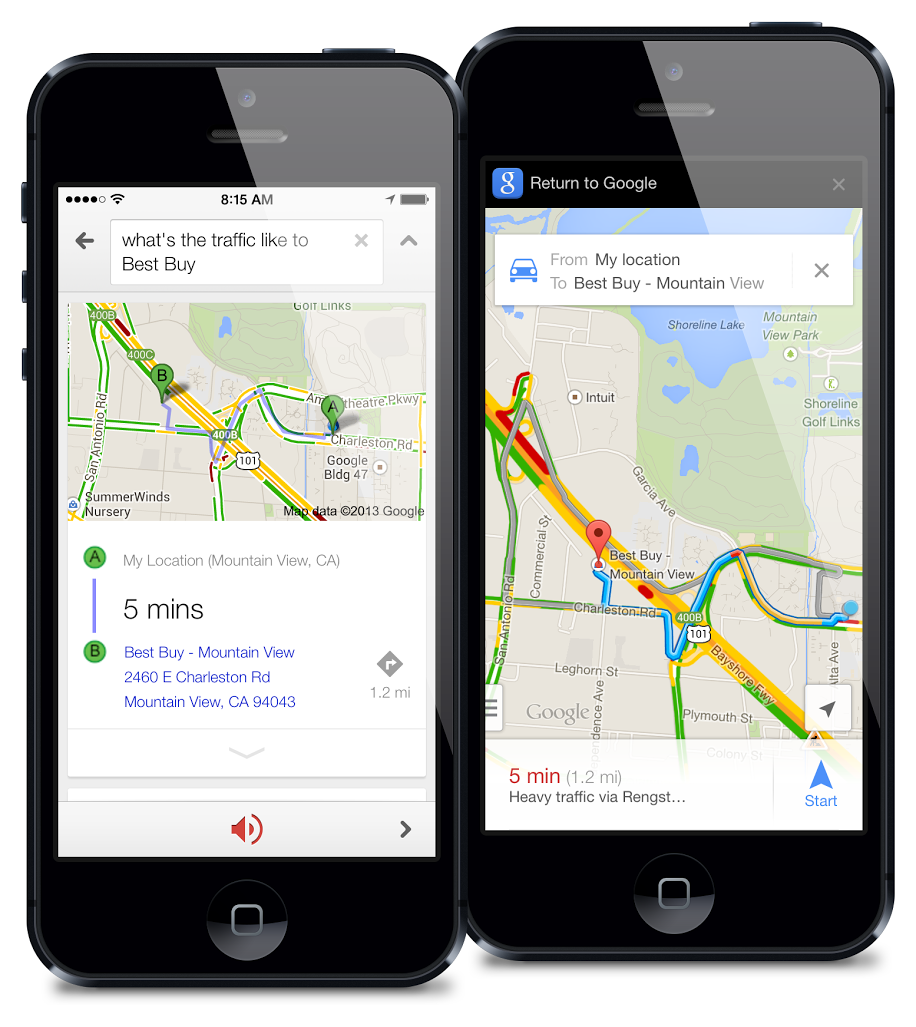 Indeed, after you’re yanked out of the Search app app into Google’s standalone Maps iOS app, you’ll notice a new Return to Google bar at the top of the screen which takes you back to the Search app.

Google Search is free in the App Store.