The Pebble smartwatch project has certainly hit the ground running since receiving funding via the crowd funding platform Kickstarter.

The regularly updated software has been improving the smartwatch’s functionality as the company looks to secure its position before heavy-weights like Apple enter the category with their own products.

Aiming to secure its footing in the still nascent but fast-growing wearable technology industry, Pebble on Wednesday announced that an official Pebble appstore is coming early next year to give customers the official venue to download and install third-party smartwatch apps to their Pebble.

The store will launch with watchfaces and six app categories for Daily, Remotes, Sports & Fitness, Notifications, Tools & Utilities and Games. Like Apple, Pebble will feature a selection of the best/new apps on a per-category basis…

The Pebble Appstore will be the first of its kind, the company said:

When it launches in early 2014, the Pebble appstore will be a first-of-its-kind wearable tech application directory—giving Pebble users a one-stop-shop for searching, browsing, and installing Pebble watch faces and apps directly from the iOS or Android Pebble smartphone app.

The appstore will be included in Pebble’s official smartphone app. 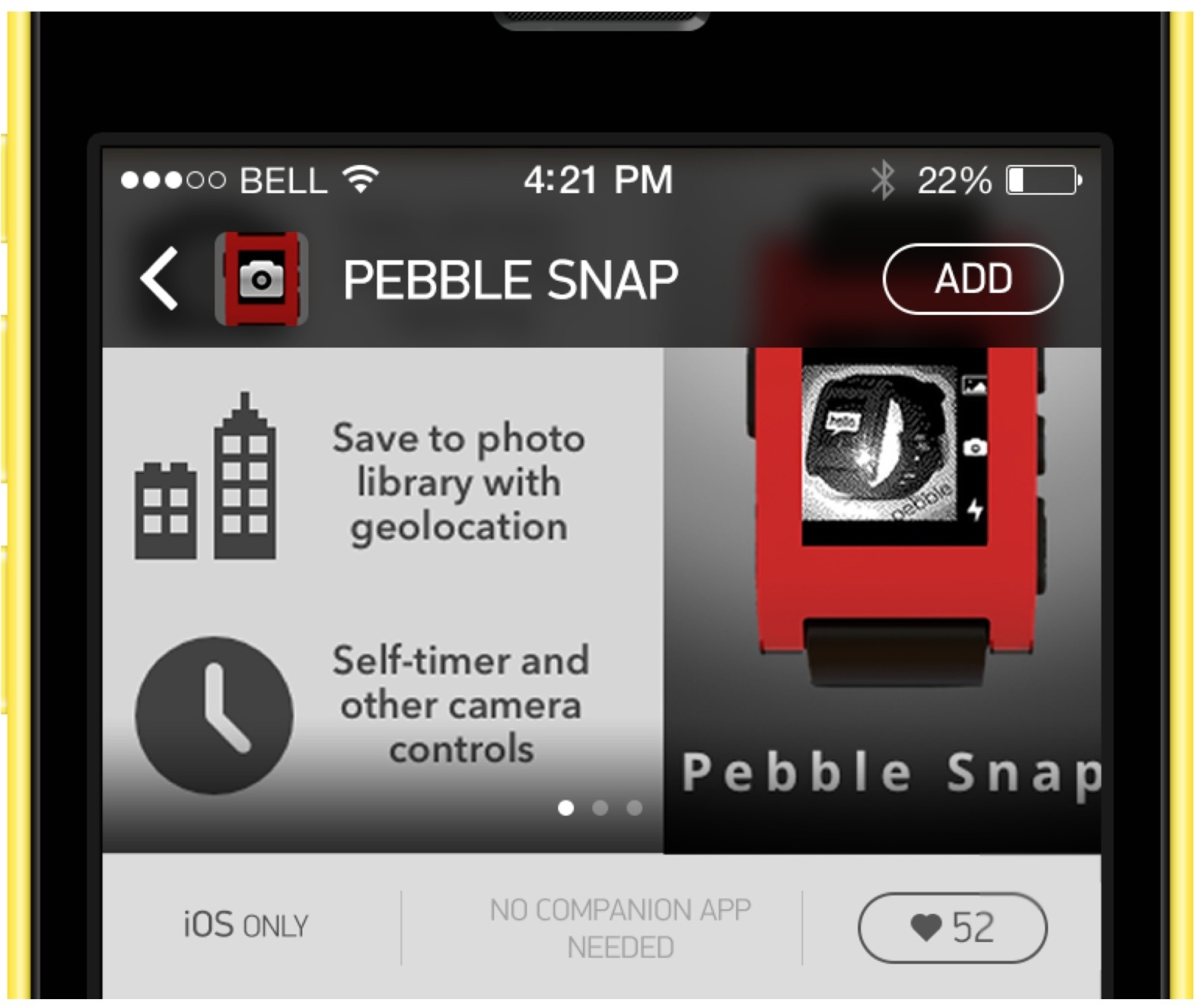 Pebble apps that require a companion iOS or Android app will be allowed to include download links to Apple’s and Google’s application stores.

“If you have built an iOS or Android app that leverages the Pebble Sports API and does not require a specific Pebble app to be installed on Pebble, you can also add an entry in the Pebble appstore that links to your native app,” Pebble clarified.

The startup is urging its registered developers to upload their Pebble apps via the newly opened Pebble Developer Portal. Access to the developer portal is free. Pebble won’t screen submissions, but reserves the right to take down any app that does not conform to the Pebble appstore Developer Agreement.

Third party app stores will still work for 2.0 users and we will not prevent or block installation of applications by 3rd party websites. We hope to serve the needs of the majority of our users and look forward to new ideas being implemented by the community in third party services.

The official SDK 2.0 will launch next year (Pebble 1.x apps will not run on the 2.0 firmware) alongside the Pebble appstore, though paid apps won’t be initially supported. 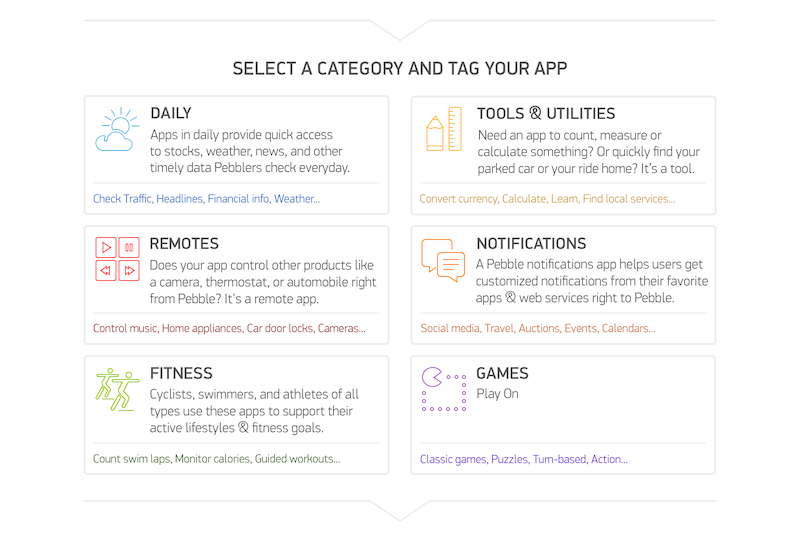 Last week, a Pebble firmware update has enabled a new Do Not Disturb mode to mute notifications during a specified timeframe while improving iOS performance, adding new alarm/notification options and more.

Apple’s wildly rumored to be working on a health/fitness wearable device that runs iOS.

Aside from some notable hirings, we’ve seen zero evidence in terms of leaked parts or code hooks, though it’s entirely possible that Tim Cook & Co. are keeping the iWatch project under the impenetrable veil of secrecy.

Jeff’s article gives some compelling arguments as to why the Pebble is here to stay so give it a read if you’ve been wondering why all the fuss about smartwatches.

Have you tried Pebble yet (I haven’t yet, but am hoping to) and if so, what did you think of it?