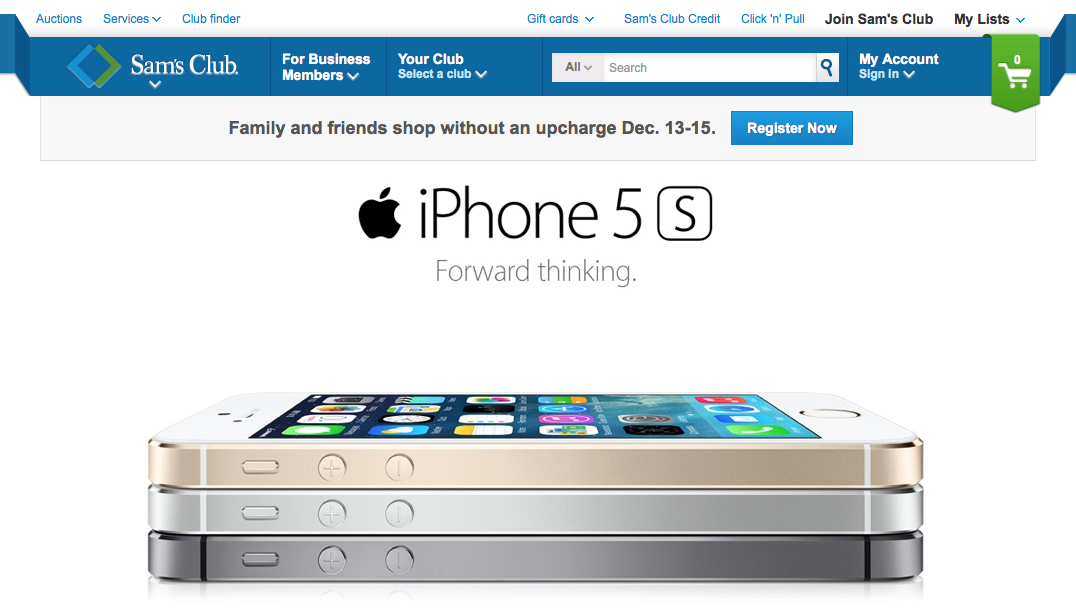 Sam’s Club, Walmart-owned chain of membership-only retail warehouse clubs in the United States, is offering up Apple’s entry-level iPhone 5s with sixteen gigabytes of storage for just $119 with a two-year contract, down from Apple’s normal asking price of $199 and Sam’s usual $147 price point.

The deal is good through January 2014 and requires a two-year contract with AT&T, Verizon, Sprint, T-Mobile or US Cellular, though you have to be a member of Sam’s Club to take advantage of the discount…

Sam’s Club even offered this deal at non-member prices, but only as part of the Friends & Family Open House that lasted December 13 through December 15.

The $119 deal is valid through January 2014, which could easily be the lowest iPhone price out there right now. The promotion was communicated to Sam’s Club members via email. The retailer, which previously had the flagship smartphone marked down at $147, rarely offers up holiday sales on Apple’s new iPhones.

Other holiday deals include Walmart’s $28 iPhone 5c and $127 iPhone 5s until December 24 and $75 off any iPhone 5s at Best Buy, regardless of storage capacity or carrier.

If you haven’t already bought it, are you planning on getting an iPhone 5s this Christmas?