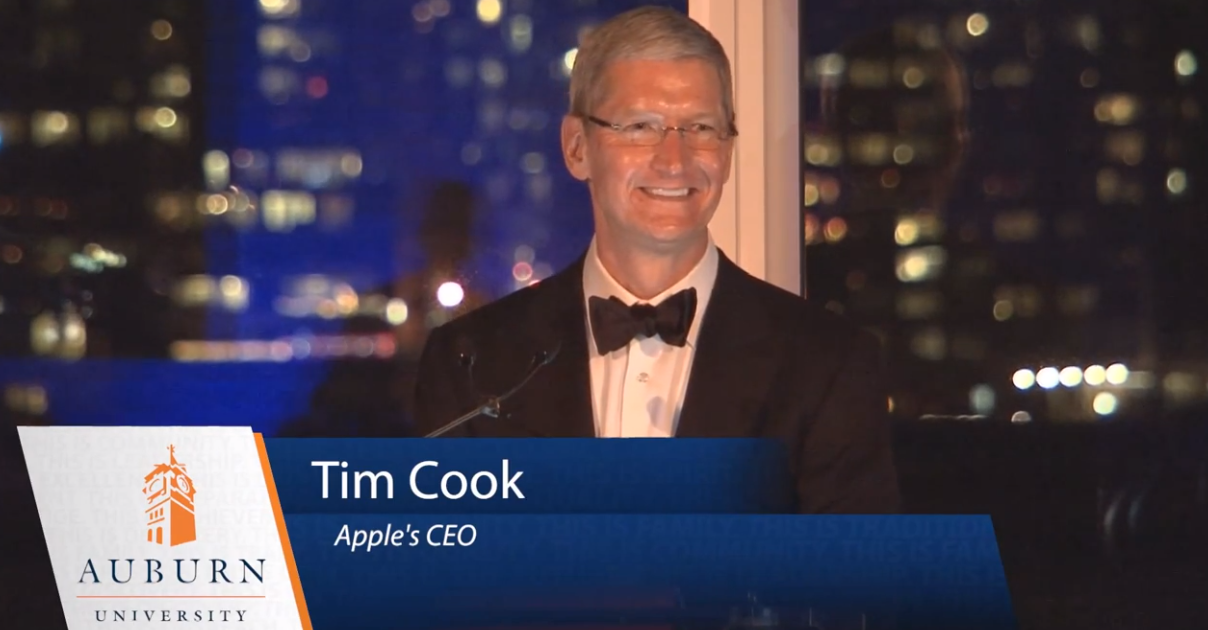 Apple’s CEO Tim Cook was presented a lifetime achievement award from Auburn University at an event last week in New York. Cook graduated from the Alabama-based university in 1982 with a Bachelor of Science degree in Industrial Engineering.

The CEO was of course on hand to accept the award, and as usual, gave quite the speech. We’ve got the video of the speech after the fold, where you can watch Cook talk about Apple, the progression of human equality in the United States, and more…

Here’s the video (via AllThingsD):

“For this reason, and many others, I was very fortunate that my life’s journey took me to Apple. In addition to finding a company and a founder unlike any other, I found at Apple a company that deeply believed in advancing humanity through its products and through the equality of all of its employees.

Now much has changed since my early days at Apple, but these values, which are at the very heart of our company, remain the same.”

Cook goes on to talk about how these values have guided Apple to make their devices accessible to everyone, and fight for human equality. And he says they also led him to urge congress to pass the Employment Non-Discrimination Act (ENDA) last month.