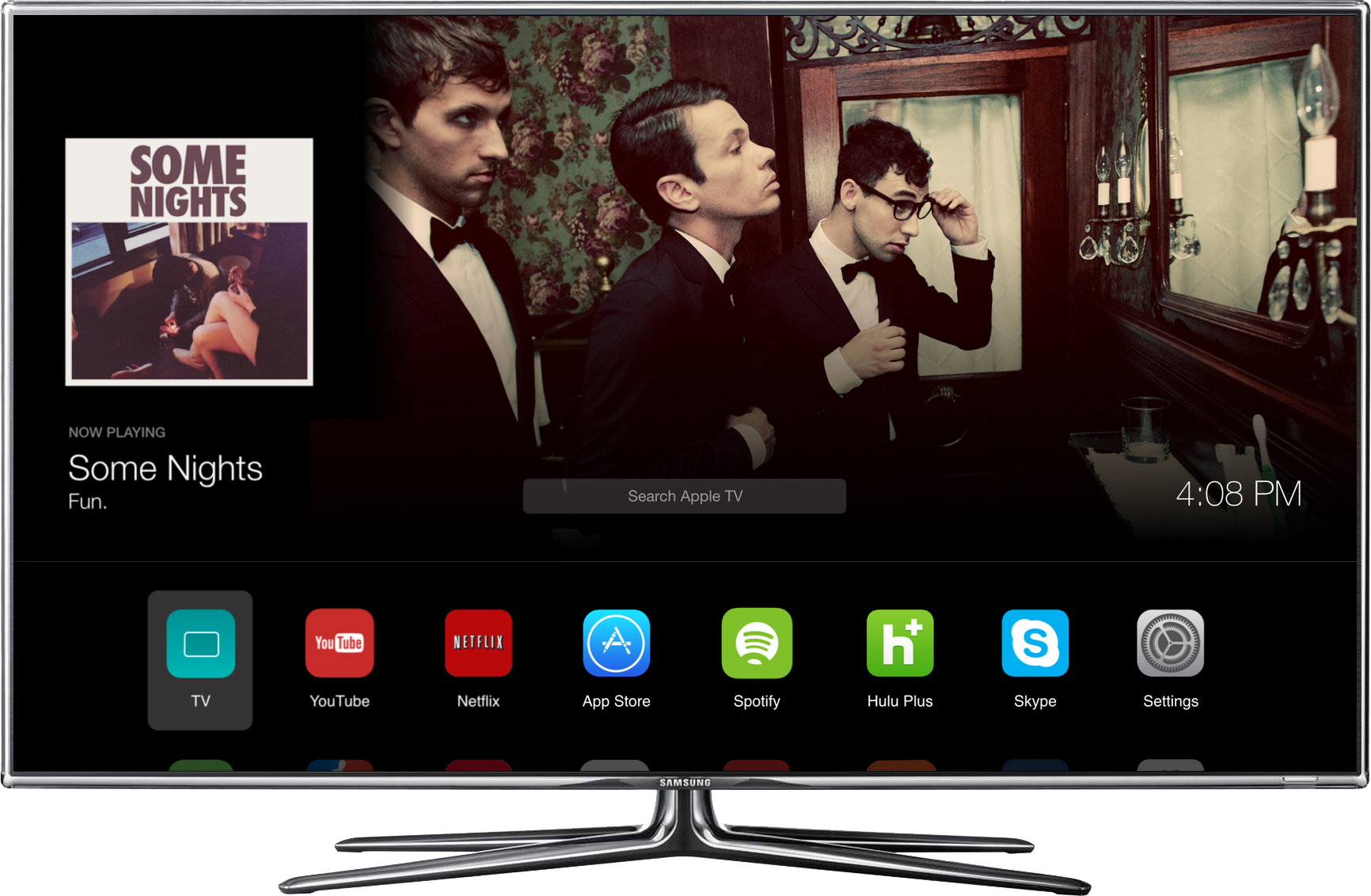 Now that Apple has rebuilt iOS for its iPhone and iPad, the question is: will the new design make the leap to the Apple TV? Apple continues to refer to the set-top box as ‘a hobby,’ as it has quietly added several new apps and features to its software.

So let’s just say that, for the sake of argument, Apple is planning to bring iOS 7’s UI design to a future version of the Apple TV software. What would it look like? Well according to designer Andrew Ambrosino, it would look a little something like this… 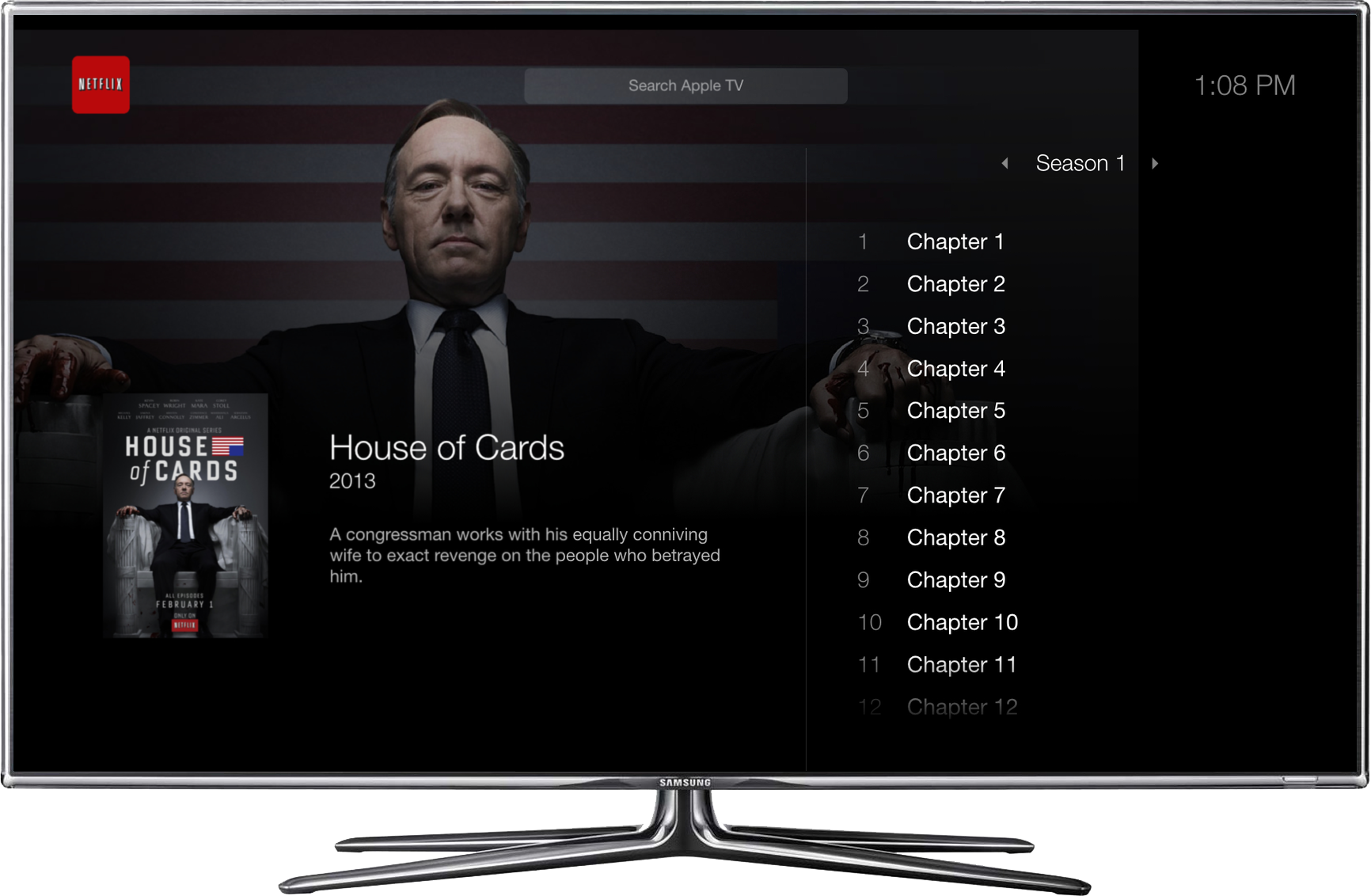 “Here’s a concept I’ve been working on for an Apple TV User Interface. And yes I know, it’s a Samsung TV so it can’t be a “real” Apple TV / iTV concept– but unfortunately I just lack the skill for hardware.

So here it is in all its glory– taking cues from the new iOS while offering a market of third party apps, video chat, Siri, etc. Let me know what you think!”

I have to say, I’m really digging the full-screen album art in the top image. Or maybe it’s just a paused music video. Either way it looks sharp, as does the redesigned Netflix app in the image below it. Note the iOS 7-style font and transparent backgrounds. 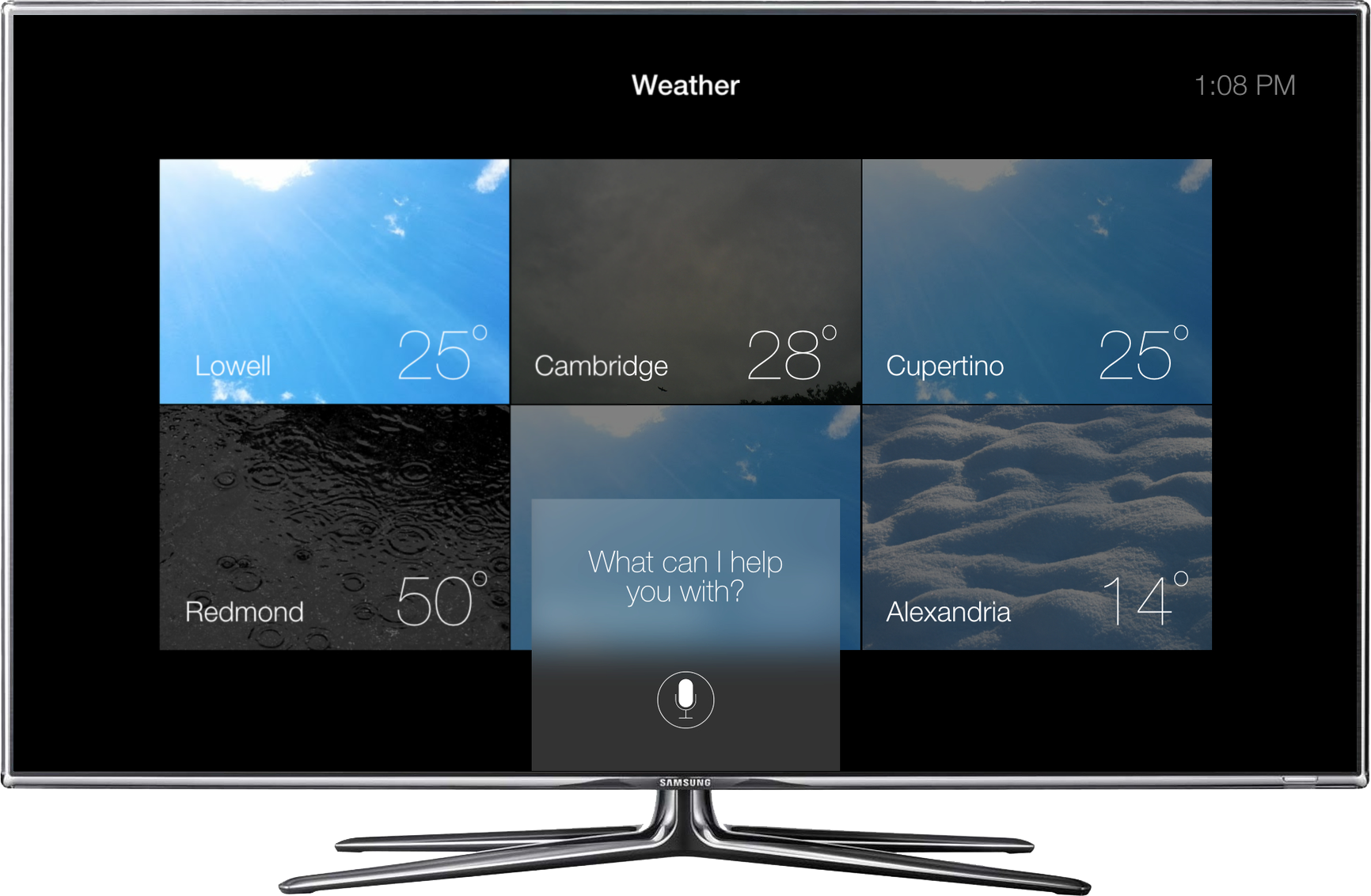 But I’m not as fond of Ambrosino’s vision for Siri implementation. It seems oddly intrusive the way he’s done it, with the sheet covering up nearly 1/4 of the bottom of the display. If it doesn’t take up the full screen, I’d like to think it’d be more tucked away.

I do agree, though, that the personal assistant would be very useful in a future version of Apple TV. Imagine instructing the device, via your iPhone or iPad, to record a show, play a song, pull up a web page, or maybe find out the score to last night’s ballgame. 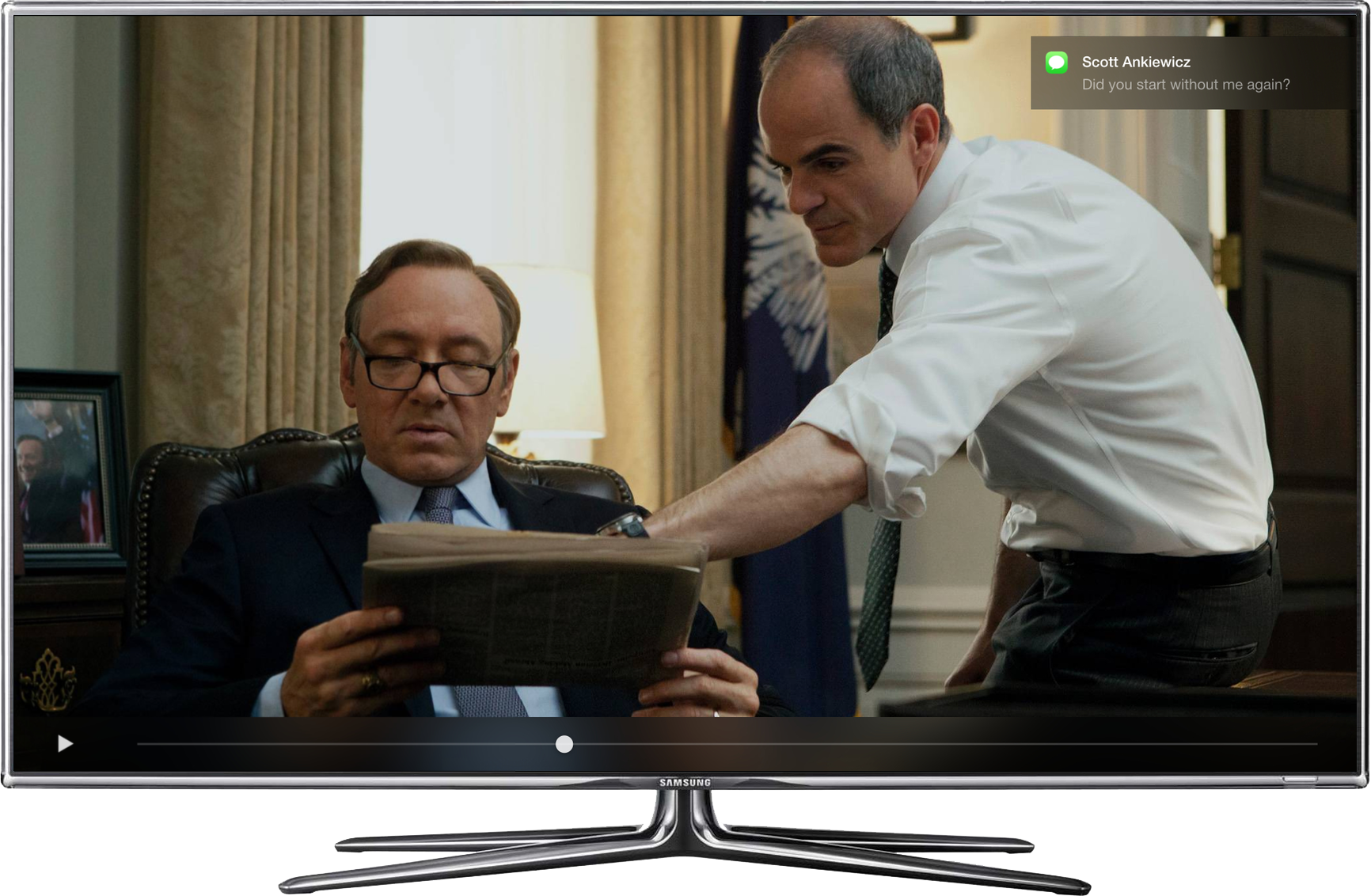 And finally, we have what looks like a concept for push notifications. While I like the idea of being able to get previews of text messages or tweets on my TV, I’m not sure this would be very useful to many people. Messages like this are typically personal.

That being said, I suppose the people who wanted to could disable this feature for iMessage, and keep it for apps like Reminders and Alarm. I picture a scenario where you’ve set a cooking timer on your phone, and as it goes off, an alert appears on your TV.

So overall, I think the renderings look good and there are some good ideas here. But obviously, we’re all still waiting on Apple to make its next move. The last we heard, the company is planning to launch new A7-driven TV hardware sometime next year.