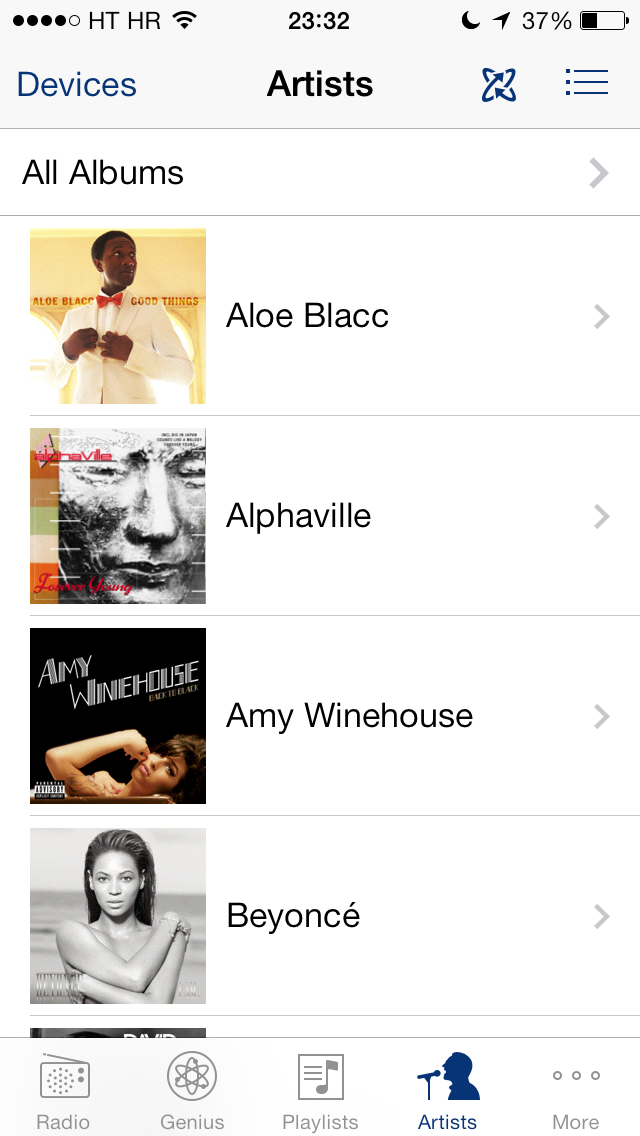 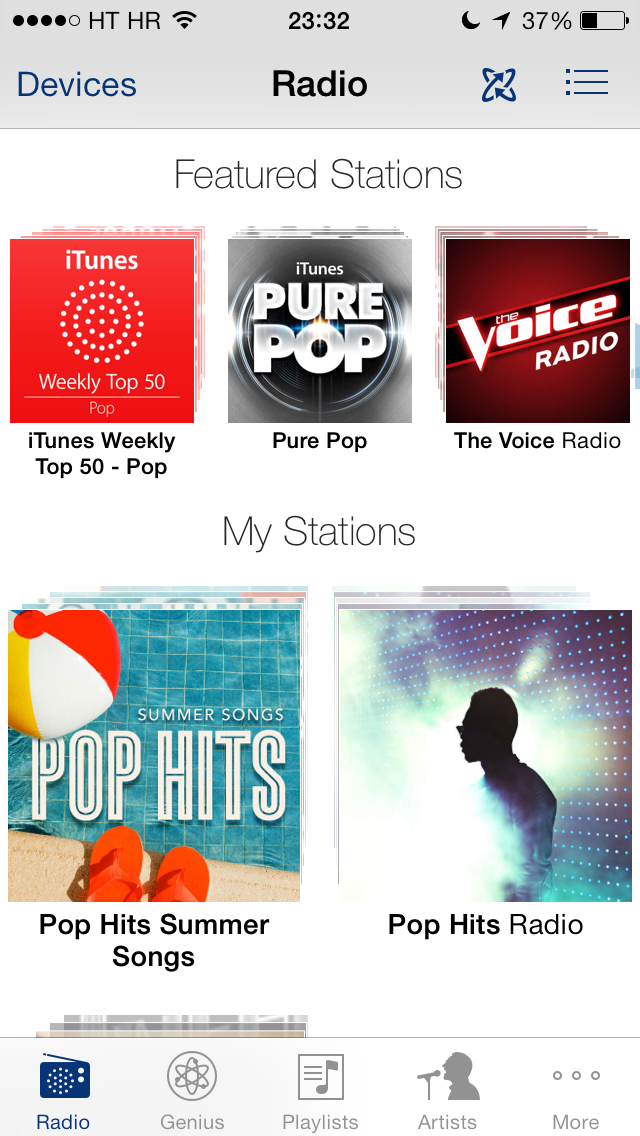 After refreshing its free Remote app for the iPhone and iPad with some radical redesign to match the overall iOS 7 aesthetics, Apple has just put out a minor update adding a nicely done ability to control iTunes Radio from your iOS device.

But rather than stream iTunes Radio songs directly (and what would the point be in doing so knowing iTunes Radio is available within the stock iOS 7 Music app), the application simply controls the feature running in iTunes for Mac or Windows.

Previously, you could only control playback of music and other media kept locally in your iTunes library. If anything, this update will go down in history as a handy little enhancement that makes it ridiculously easy to control your iTunes Radio stations, skip songs and more, right across the room…

As long as your Mac or Windows PC running iTunes is on the same Wi-Fi network as your iPhone, iPod touch or iPad device running the new Remote 4.1, you’ll be able to access the new iTunes Radio tab at the bottom (see the images top of post). 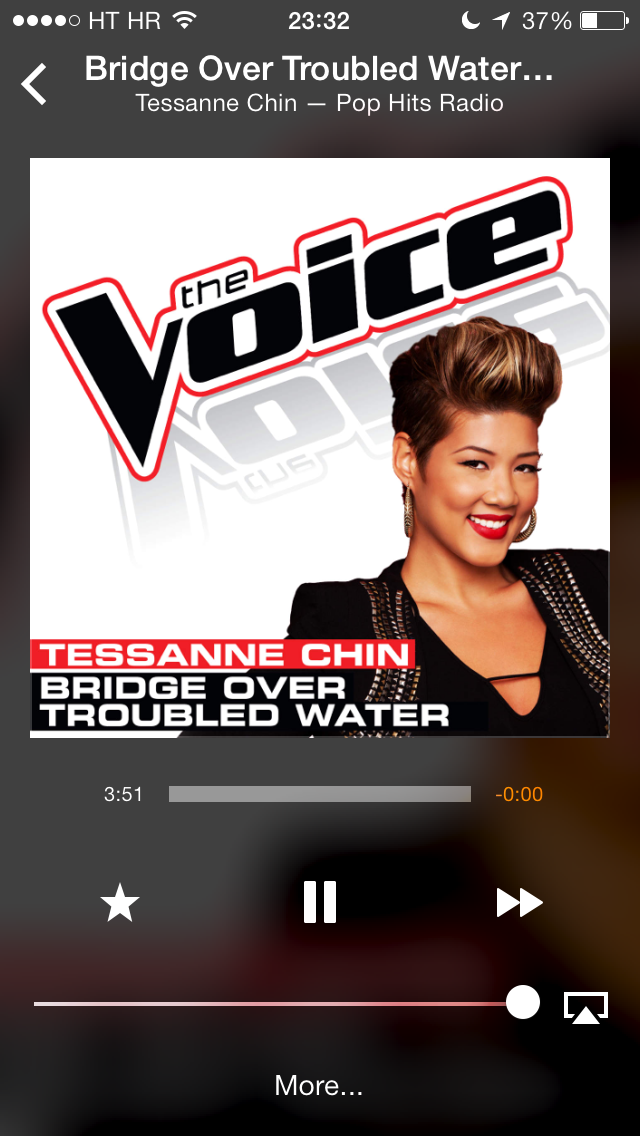 The Now Playing screen for iTunes Radio in Remote 4.1 for iPhone and iPad.

Hitting the More… button lets you star a song like you would on a computer (or in the stock iOS 7 Music app), create a new station from the currently playing song, choose to never play this song again, play more songs like this or start the iTunes visualizer. 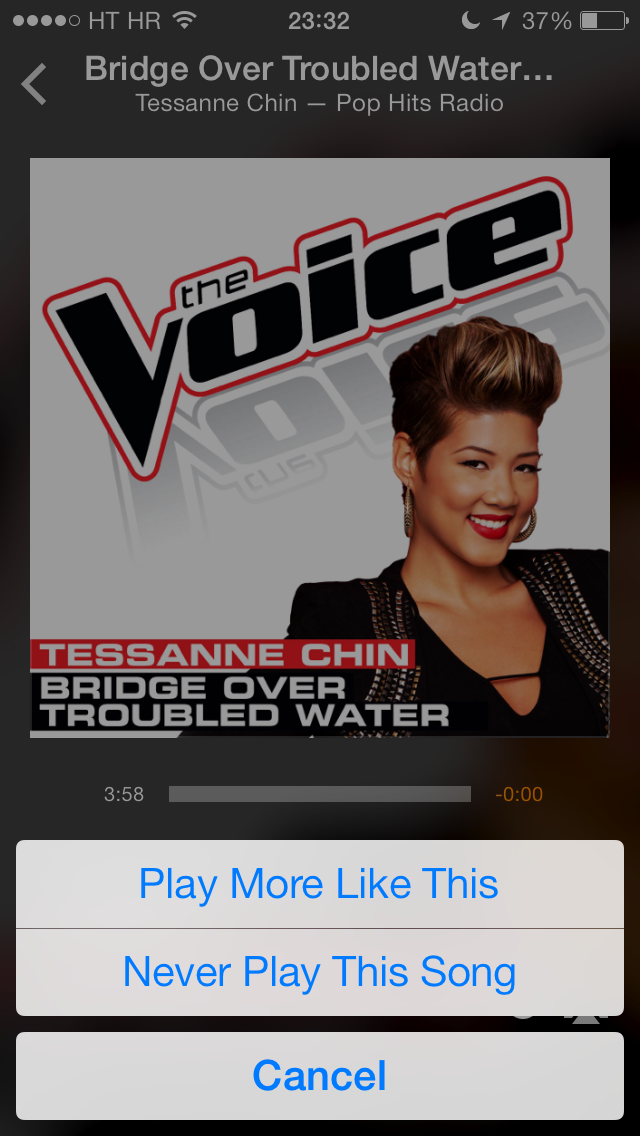 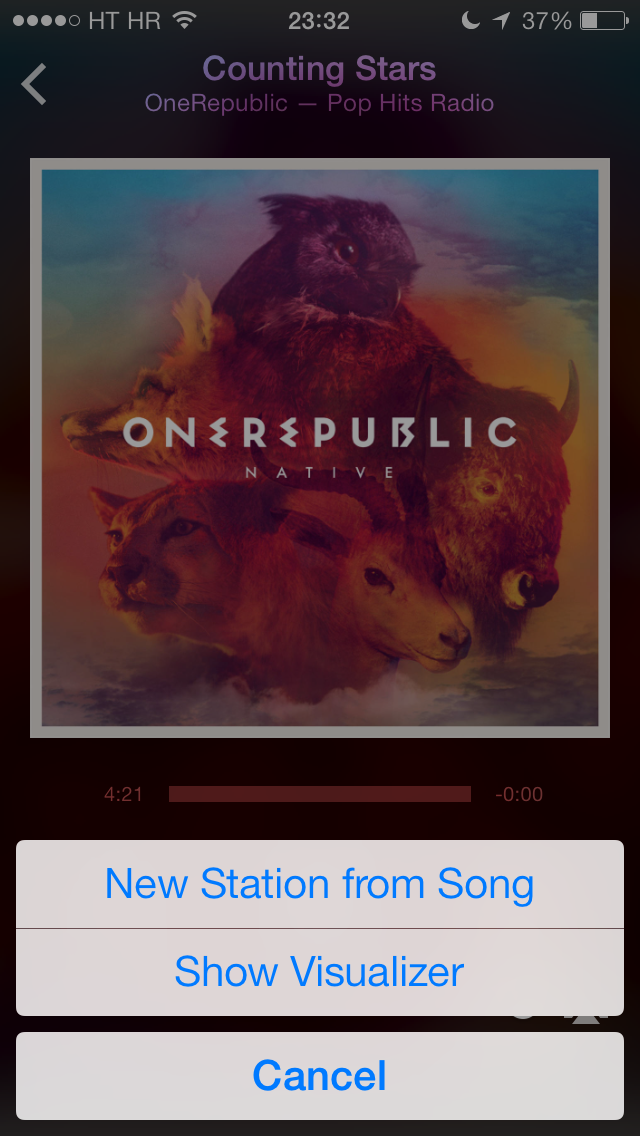 One caveat: you can’t use Remote to control iTunes Radio on your Apple TV.

In other Apple app updates today, iTunes Movie Trailers has been refreshed with performance improvements and bug fixes. And in a similar vein, the iTunes U app has resolved an issue where the playback speed button would not work as expected.

Remote is available free in the App Store.