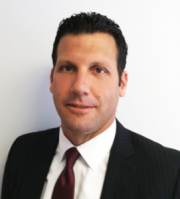 In another move meant to capitalize on the success of its free iTunes Radio streaming-music service, Apple’s hired a top radio exec as the company preps to offer iTunes Radio to advertisers in 2014 and take the service international, AdAge claims.

Former Cumulus Media Executive Vice President of Sales, Michael Pallad, has now joined Tim Cook & Co. and is now overseeing ad sales for iTunes Radio internationally, according to people familiar with the matter who spoke to AdAge. He will report into the iAd unit, which is led by Apple Vice President and former Yahoo exec Todd Teresi…

Apple hasn’t commented on the hire.

Pallad, a graduate of Arizona State University, where he earned a Bachelor’s degree in Marketing and Business Communications, led all sales operations for Cumulus Media Networks and the company’s national sales platform.

Previously, he served as Executive Vice President of Sales for Citadel Broadcasting since 2005. His first employment was an Account Executive with Katz Media Group, where he climbed up the ladder to become the firm’s senior sales manager for San Francisco, Dallas and New York areas.

He also held the position of Sales manager of WQCD-FM in New York from 2003-2005 for Emmis Communications.

It is this extensive, multi-year focus on ad sales that Apple was looking for in Pallad as the company’s iAd team gears up to sell iTunes Radio ads next year. Indeed, as one media buyer told AdAge, Pallad should “gain traction quickly” among agencies.

Apple launched iTunes Radio with initial deals with such advertisers as Nissan, Pepsi and Procter & Gamble, with Nissan’s marketing executive claiming the iTunes Radio ads have performed better than expected.

Those initial deals expire at the end of this year, when Apple will begin pitching the service more broadly to brands. The initial campaigns included audio, video and display ads that air between songs.

Like everything Apple has tried in advertising, it’s going out with ambitious pricing, reportedly looking to sign 12-month commitments that are worth at least $1 million apiece.

The iPhone maker said iTunes Radio during its first month of service signed up 20 million users who played over a billion songs.

The U.S. market for digital radio advertising is estimated at a cool $1.56 billion and Apple is poised to take a significant chunk of that sum with its free, ad-driven music-streaming service.