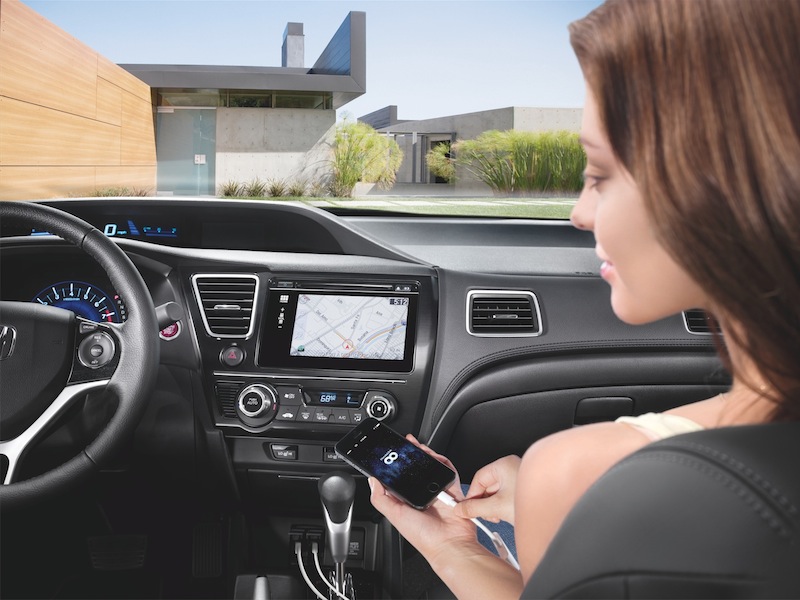 Honda has introduced two new technologies today for its HondaLink service that will further integrate iOS devices with its newer vehicles. The first is a built-in 7-inch touchscreen display called Display Audio Interface, and the second allows users to mirror apps from their smartphone to the display.

The new tech will be available first in the 2014 Honda Civic, which launches tomorrow, and the 2015 Honda Fit, which is expected to debut early next year. The car-maker says that this is not a complete realization of Apple’s new ‘iOS in the Car’ feature, but it’s their first step in implementing it…

As part of its new services, Honda has launched four new HondaLink apps in the App Store today that will allow users to connect their iPhone 5, 5s, or 5c to their compatible vehicles. There’s a maintenance/owner’s guide app, a navigation app, a music app and an app launcher. Here’s a quick breakdown.

Additionally, Honda announced that the new Civic and Fit with Display Audio will also be the first Honda vehicles to have factory installed support for Siri Eyes Free. The feature became available as a dealer-installed accessory last week for 2013-2014 Honda Accord and 2013 Acura RDX and ILX models.

Honda is currently (10:00am PST) hosting a Google Hangout (via MacRumors) regarding the new technology, offering further details and fielding questions from users.