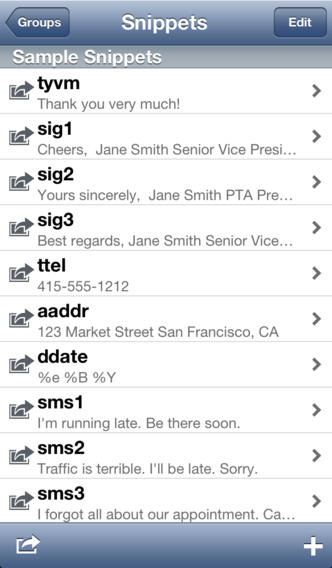 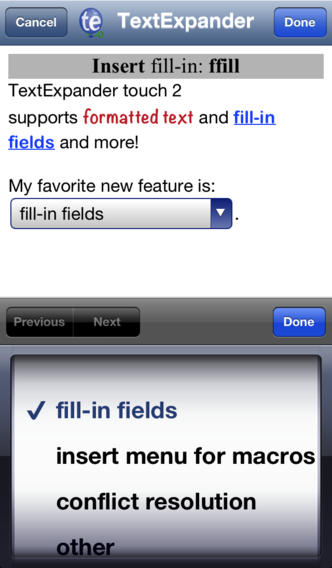 Over time, I’ve managed to purchase a lot (too many?) of apps for my iOS devices and Macs. But if you asked me to name one instant purchase I have never, ever regretted, I’d easily pick TextExpander by Smile Software in a heartbeat.

This handy utility doesn’t come cheap: the Mac edition will run you $34.99, and then an additional $4.99 for the touch-optimized version for the iPhone, iPod touch and iPad.

Despite dropping forty bucks on this particular app, I’ve recouped my investment many times over in just a few short months, by cutting down on the time spent typing common terms and phrases. TextExpander lets me create handy shortcuts which automatically expand during text entry.

For example, I have the ‘iDB’ shortcut set up to auto-expand to ‘iDownloadBlog’. Same with common URLs, brand names and other oft-used snippets of text. The problem is, the curious little trick the app employs to manage and sync those snippets across third-party iPhone and iPad apps that integrate with TextExpander hasn’t sat well with Apple.

The App Store review team has refused to approve a recent update on the grounds that Smile’s use of the stock iOS Reminders app for shared snippet storage is no longer acceptable. In response, Smile has introduced a new snippet-sharing method and updated an accompanying SDK for third-party app makers…

The new TextExpander 2.3 for the iPhone and iPad is now live on the App Store.

It removes Reminder-based storage of snippets and adds a new method to share and update snippets on a per-app basis. In other words, users are now required to manually set up snippets in their favorite apps that support TextExpander snippets.

We have come up with an alternative to using Reminders, which will require you to take action to update your snippets and keep them updated. This will have to be done via apps you use with TextExpander integration.

There will probably be a “Get Snippet Data” button in the app’s settings, but that depends on how the developer chooses to handle this.

If you’re a developer looking to enhance your warez with TextExpander functionality, Smile has refreshed its software development kit with an updated TextExpander touch SDK you should use in revising your apps.

As developers ourselves, we know this sort of unexpected and unscheduled change is difficult to accommodate even under normal circumstances. At this time of year, with impending holidays and year-end obligations, it’s even more difficult.

You might want to let the developers of your favorite apps know that you would like to see updated TextExpander support, but please be patient with them as they work out how to fit that into their development schedules.

As a result of these changes, Smile had to reset its list of third-party TextExpander apps. 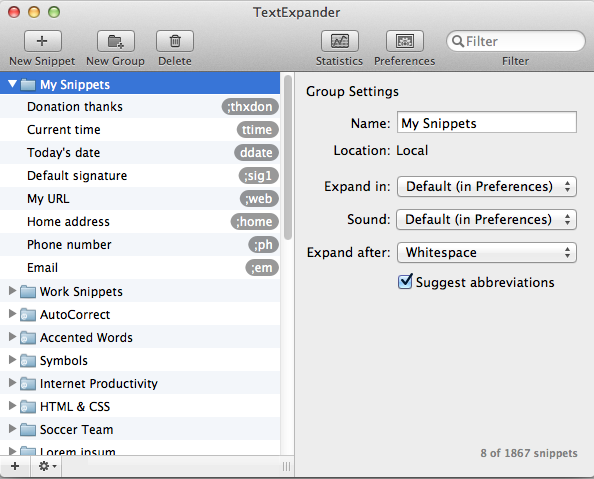 More information about this kerfuffle can be found in another Smile blog post, which mentions that many developers are already “working hard to ensure their apps are updated” with support for the updated TextExpander touch SDK.

Apps that are not yet updated for the new snippet-sharing method can continue to access data from the stock Reminders app, but users won’t be able to access new or updated snippets until those apps are revised.

You’ll want to turn on Share Snippets in TextExpander’s preferences and eventually flip a TextExpander switch in your TextExpander-enabled app.

This TextExpander release also improves handling of marked text from input methods such as Japanese, resolves potential issue when sharing snippets on local network and fixes a few minor bugs.

Again, TextExpander 2.3 no longer uses Reminders for shared snippet storage and now solely relies on the new mechanism between TextExpander and third-party apps with TextExpander integration.

On the Mac side, the app also doesn’t play nice with Apple’s sandboxing – that’s why the Mac App Store version has not seen a single update since March 2012.

This, however, isn’t posing much of a headache as tech-savvy users can simply use the in-app update check or manually download the latest update from Smile’s website.

On the iOS side, Apple’s App Store is the only venue to distribute and download consumer apps so Smile has had no other option but bend to Apple’s rules.

You can grab TextExpander in the App Store for $4.99.

The universal app weighs in at just 3.6MB and requires an iDevice running iOS 5.1 or later. It supports the iPhone 5/5s/5c’s taller display, but has yet to be updated for iOS 7 aesthetics.

Are you a TextExpander user?

What’s your experience with it been like thus far?

Again, this app has helped me save a ton of time typing!