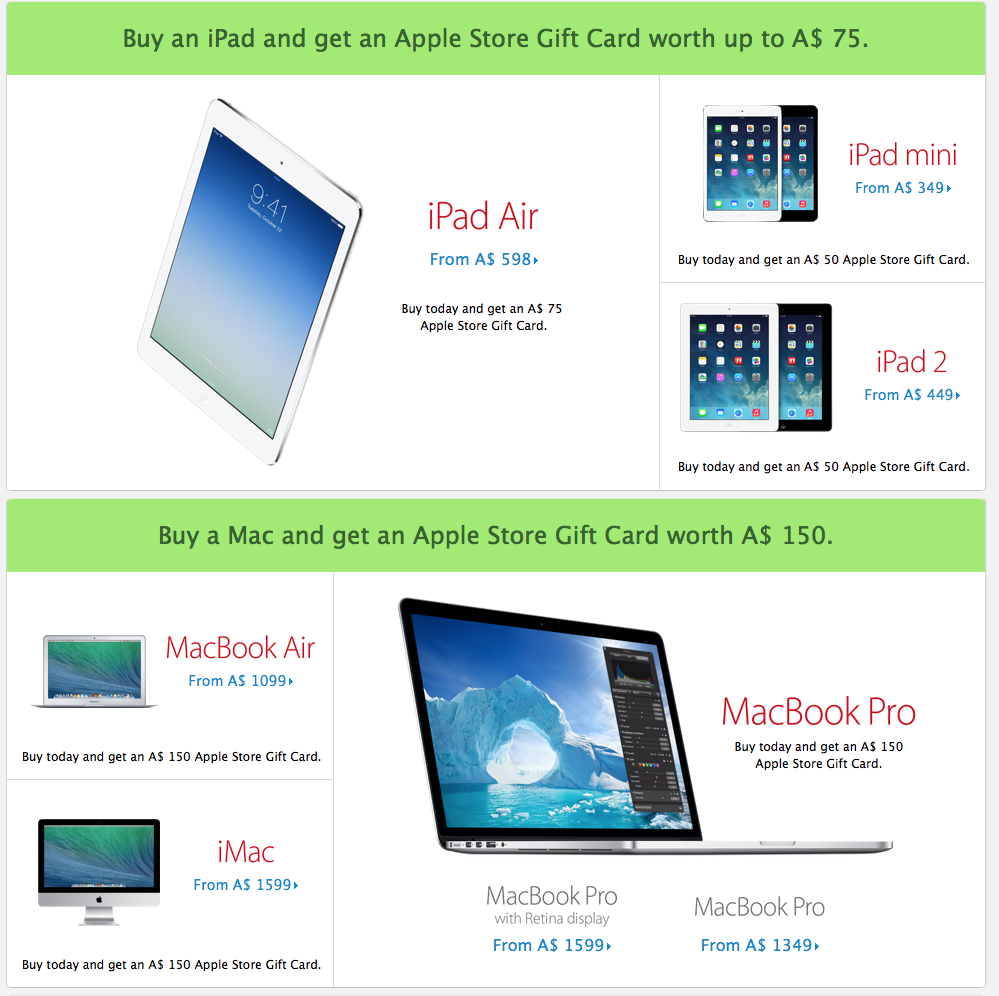 Just as we suspected, this year the iPhone maker has rather disappointedly opted not to offer actual discounts on products and instead is luring shoppers with Apple Store Gift Cards, redeemable against purchases solely at a later date.

If you ask me, the Apple TV with $25 gift card and the AirPort Extreme with $50 gift card represent the best value.

For starters, the new iPad mini with Retina display is not included in the gift card promotion, which tells me Apple is either confident in its popularity or, more likely, supply is constrained.

Next, Apple won’t price match discounts from other retailers this year. The gift card deals are not combinable with any other promotions, such as Education discounts.

This means you can’t buy an iMac and use a $150 gift card to that purchase. Instead, Apple will take your gift card and apply it against, say, an AirPort Extreme or some other purchase in a separate transaction.

The company also cautions that customers who return a product will have their refund value reduced “by the full face value of the Apple Store Gift Card”.

It’s interesting that over in Europe, Apple is offering cash discounts, including the Apple retail and online stores in the United Kingdom, France, Germany and other European outlets.