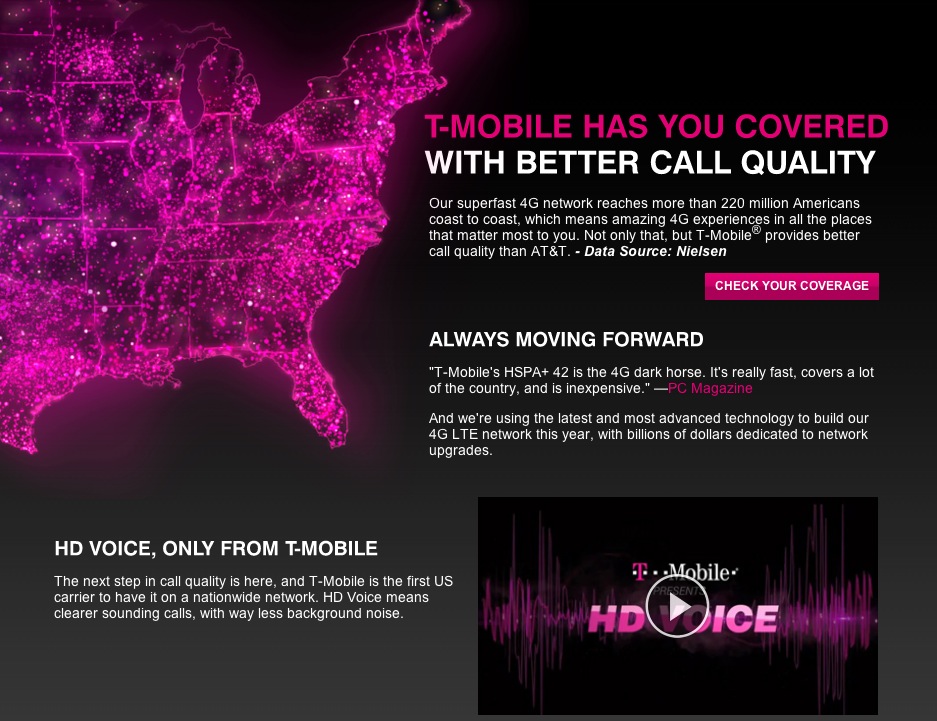 The nation’s fourth largest wireless carrier, T-Mobile, has flipped the switch on its fourth-generation Long-Term Evolution (LTE) network in twenty new markets across the country while confirming that even faster LTE roll-out is to be expected starting early next year. This new technology uses 20+20 towers on the 20MHz band and is capable of delivering a theoretical download speed of up to 150Mbps, or at least 50 percent higher than the download speeds offered by the current LTE implementation in use today…

AndroidPolice reported this past weekend that T-Mobile’s LTE went live in 22 new markets across thirteen U.S. states. Customers in the following markets now have T-Mobile’s LTE.

The carrier’s up-to-date list of LTE markets is available here.

T-Mobile’s LTE is currently available in 203 million people in 254 U.S. cities, including 94 of the top 100 areas. Still, the Deutsche Telekom-owned company is trailing behind rivals AT&T and Verizon in terms of LTE deployment. 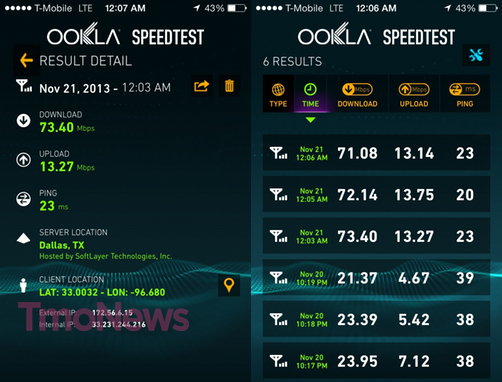 Meanwhile, Verizon said its now-complete 4G footprint included 500 U.S. cities as of June 2013. T-Mobile is also considering the possibility of buying $3 billion worth of additional spectrum from its rival Verizon Wireless to boost its network.

Company officials said during a recent conference call that the carrier would be launching a new and faster 20+20 LTE network in a handful of key metro areas by the beginning of 2014. A TMoNews reader posted the above speed test results of T-Mobile’s 20+20 LTE from the East side of the Dallas metroplex, near Plano.

Notice the 20MHz on upload and download bandwidths indicating that the user’s iPhone was connected to T-Mobile’s 20+20 tower. Yes, he was experiencing download speeds of 70Mbps, which is pretty awesome.

How’re your LTE speeds these days?

By the way, T-Mobile’s holiday sales page has gone live now with some nice deals such as $50 for switching your number, 25 percent off accessories and more.