Yesterday, AT&T announced that it has flipped the switch on its LTE network in 14 new markets this week. Places like Peoria, Illinois; Des Moines, Iowa; and St. Cloud, Minnesota now have access to the carrier’s 4G network.

Obviously, if you’re an AT&T customer with an LTE-capable device in one of these areas, this was huge. But the even bigger news is that this latest rollout brings the total number of AT&T LTE markets to 461—39 shy of Verizon…

“AT&T announced another a new batch of 14 LTE market launches on Wednesday, which puts its total at 461 cities and towns in the U.S. and just 39 markets short of matching Verizon’s now-complete 500-city 4G footprint.

AT&T first launched its LTE network in September of 2011, a good 9 months or so after Verizon’s 4G network went live. At the time, Big Red was already in 140+ cities with its LTE, and AT&T has been playing catchup ever since. 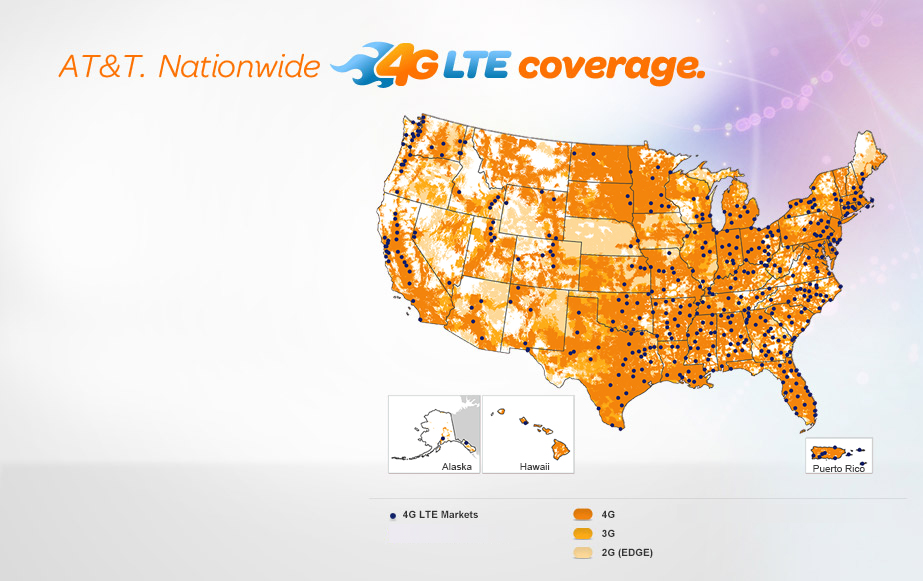 The gap is closing though. Verizon completed its LTE rollout this summer, with its 4G tech in 500 markets covering nearly 300 million people. AT&T’s LTE is now in 461 markets, and hopes to finish the year covering 270 million people.

AT&T hopes to finish its LTE network by summer of next year, where it will likely find itself behind once again. Verizon has already started building its next-gen LTE network, with recent tests in New York showing speeds of up to 80 Mbps.

Apple launched its first LTE device, the third generation iPad, back in March of last year, and now all of its cellular-capable products support the tech.