This coming Friday marks the official beginning of the lucrative holiday shopping season in the United States. Black Friday, as the day following Thanksgiving is called, typically gives America’s greatest retailer a nice boost. Last year, for example, Apple Stores outsold Microsoft Stores nearly 5 to 1 in Black Friday purchases – and that was with Apple’s traditionally conservative deals and unimpressive discounts.

Some of Apple’s retail outlets in the United States and Canada will be opening early on Black Friday. Although the company has yet to announce actual Black Friday deals, it confirmed Monday that the one-day shopping event will take place at both its brick-and-mortar retail outlets and online, with free shipping on online orders…

If you take a look at a special page over at the Australia online Apple Store, the teaser only announces the “one-day Apple shopping event” taking place online and in retail stores on Friday, November 29. This is a repeat of last year so expect other international online Apple Stores to be updated with the announcement real soon. 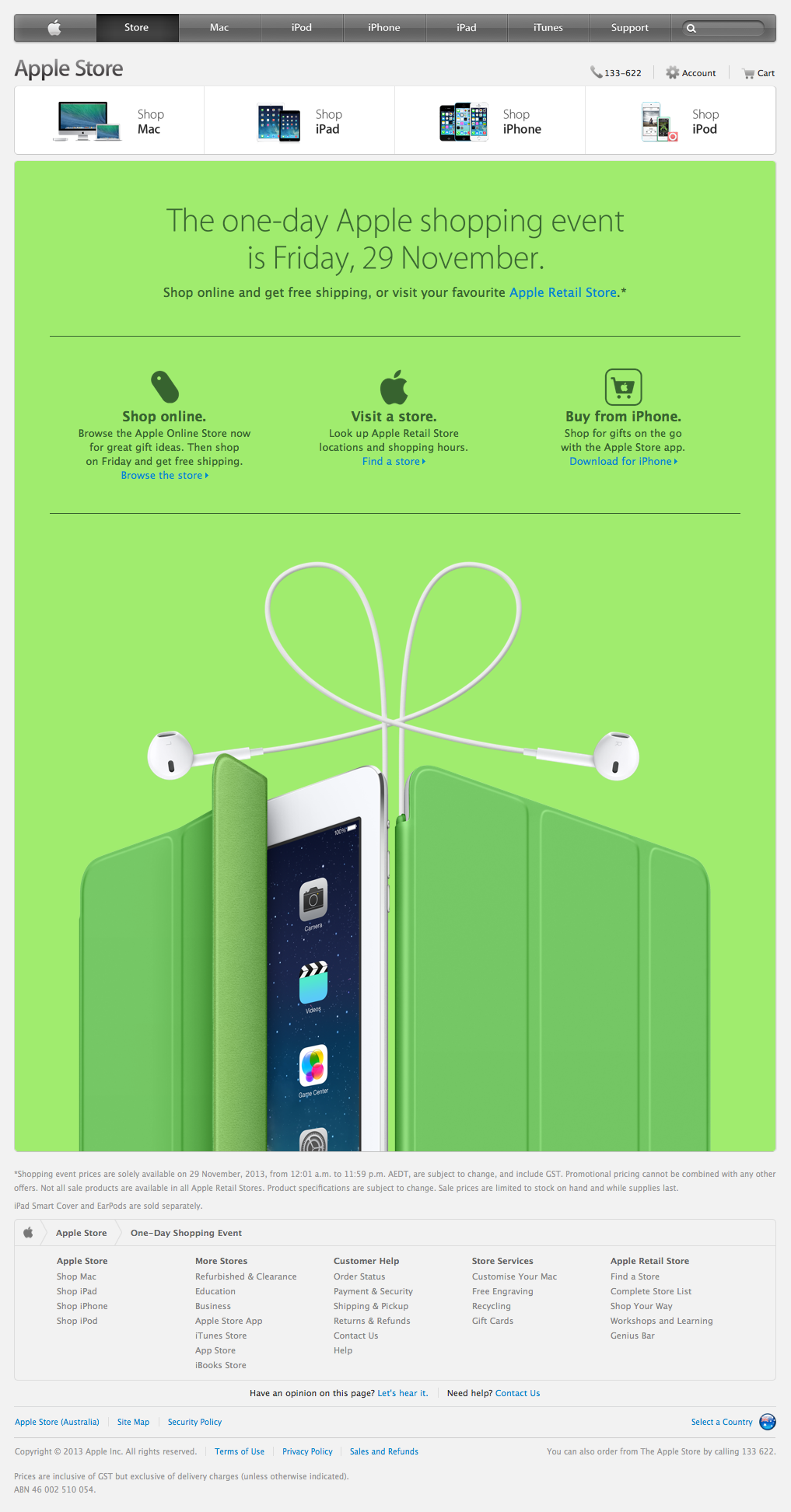 Again, don’t keep your fingers crossed for deep discounts, freebies and other perks.

Savvy shoppers know that third-party retailers and resellers always outdo Apple’s Black Fridays. We’ve already covered a bunch of upcoming deals so do you research by checking out our Black Friday archive in order to make an informed purchasing decision.

Apple’s 2012 Black Friday sales included $100 off MacBooks, a rather paltry $41 off iPads and modest discounts on iPod touches, Airport Express base stations, the Magic Mouse and some other accessories.

Last week, Apple started dressing up retail stores’ front windows in twinkling holiday-themed snowflakes comprised of LED lights for a rather cool effect. Earlier in the month, the company refreshed the web store with some interesting holiday gift ideas.