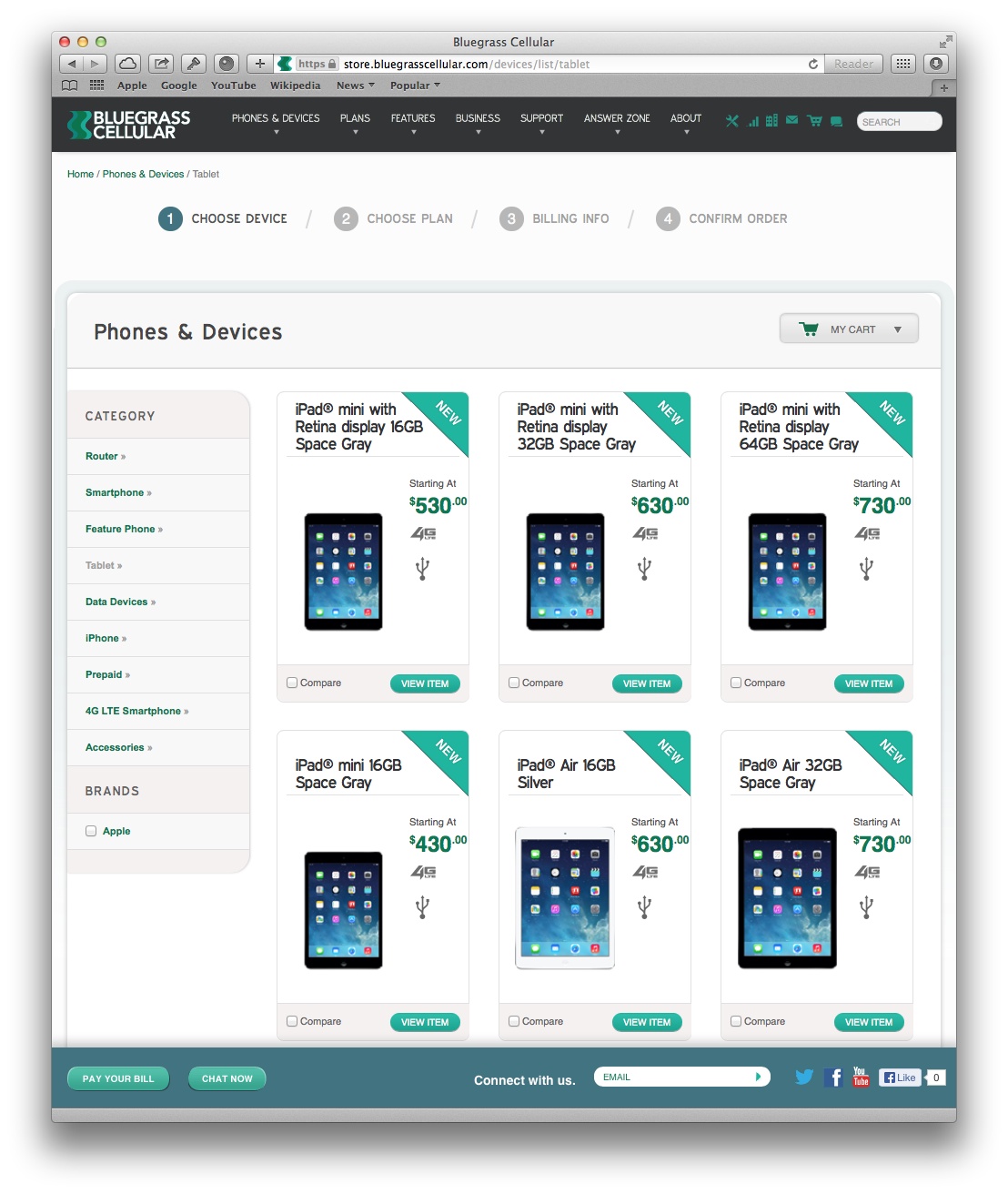 The United States wireless carrier Bluegrass Cellular started selling the iPad Air on November 1, along with many other regional U.S. wireless companies.

And as cellular models of the iPad mini with Retina display have recently begun trickling into Apple’s U.S. retail stores, the Kentucky-based carrier has started selling nearly every Retina mini model.

Moreover, Bluegrass is offering the device via both its web store and directly to customers who shop in one of its retail stores. Customers can buy the device either on or off-contract, with monthly installments making it easier on the wallet. The full breakdown is right below…

At the time of this writing, the carrier’s website only had the 16GB silver Retina mini. As for the space gray variant, Bluegrass had the 16/32/64GB models, but not the top-of-the-line 128GB one.

Prices for the cellular models start at $530 for the 16GB model and go all the way up to $730 for the 64GB variant, the same as Apple’s official price points.

These are of course contract-free price points.

Folks who don’t want to burn a hole in their pocket can opt for subsidized plans.

Specifically, the cellular Retina minis are available on the carrier’s contract-free plan called Freedom Expanded. It’s basically a scheme similar to T-Mobile where qualifying customers (credit check is required) get to pay off their hardware in twelve monthly payments, with the ability to trade-in and upgrade to a new device after a year.

A list of all Bluegrass plans is available here.

Bluegrass is of course also offering the iPhone 4s/5s/5c.

For more information on iPad availability, check out the Bluegrass Cellular website.