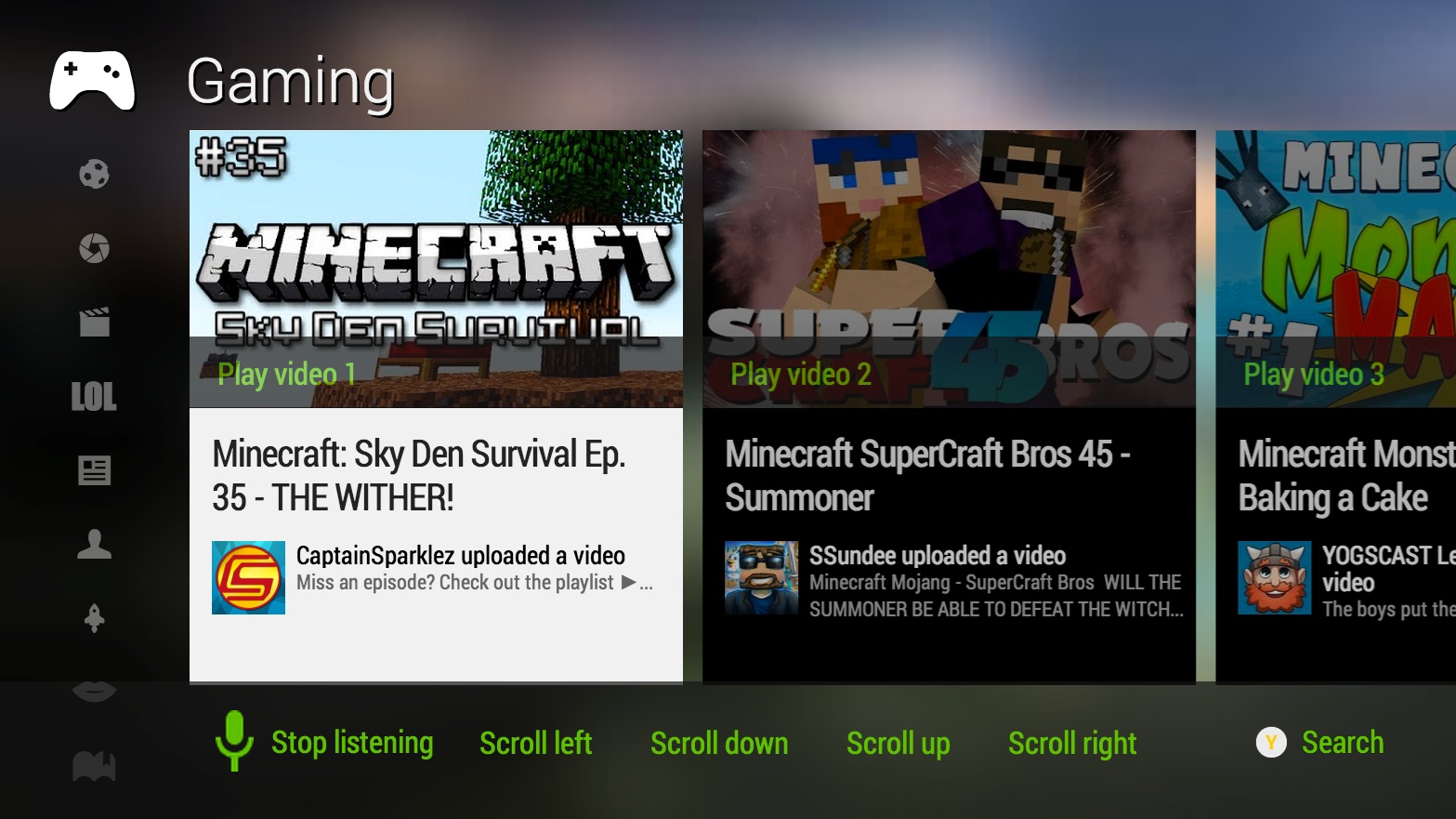 Google’s recent tightening of YouTube restrictions in respect to third-party clients has not sat well with Microsoft, whose unofficial YouTube client for Windows Phone is barebones again – as in, it’s been reduced to an icon which launches into the mobile YouTube interface at m.youtube.com. Remarkably enough, the Xbox One console is a different story.

The Redmond-based Windows giant announced yesterday that the Xbox One will include YouTube when it launches tomorrow, Friday 22. It will be an actual app, not a glorified web page and it seems Apple users will be able to send videos from YouTube for iPhone and iPad directly to the console…

Having spent some time with an Xbox One test unit, Engadget was able to confirm the iOS-Xbox integration:

We’ve checked the app on our Xbox One test unit, and there’s an additional treat in store for mobile viewers: you can use YouTube’s Android and iOS apps to send videos to the console.

This is good news for iDevice owners who’ve been eyeing the console.

Unfortunately, Engadget has forgotten to shed more detail on how the feature works, but I suspect it may have something to do with YouTube’s support for connected TVs. 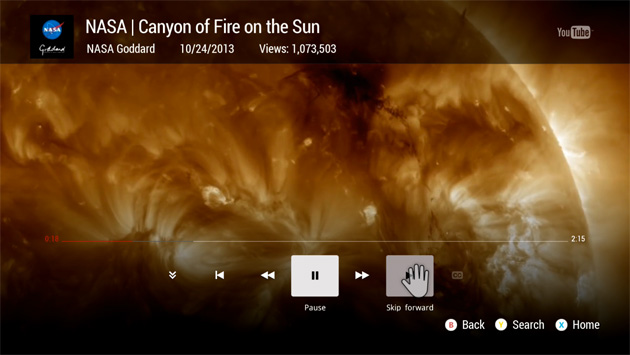 As can be seen below, this feature – available in YouTube settings on your iOS device – makes it easy to sort of “pair” any connected TV set with the YouTube application.

After entering the pairing code generated by your connected TV set, YouTube for iOS basically becomes a remote control of sorts, sending video URLs and other simple commands to the other device, much like AirPlay does. 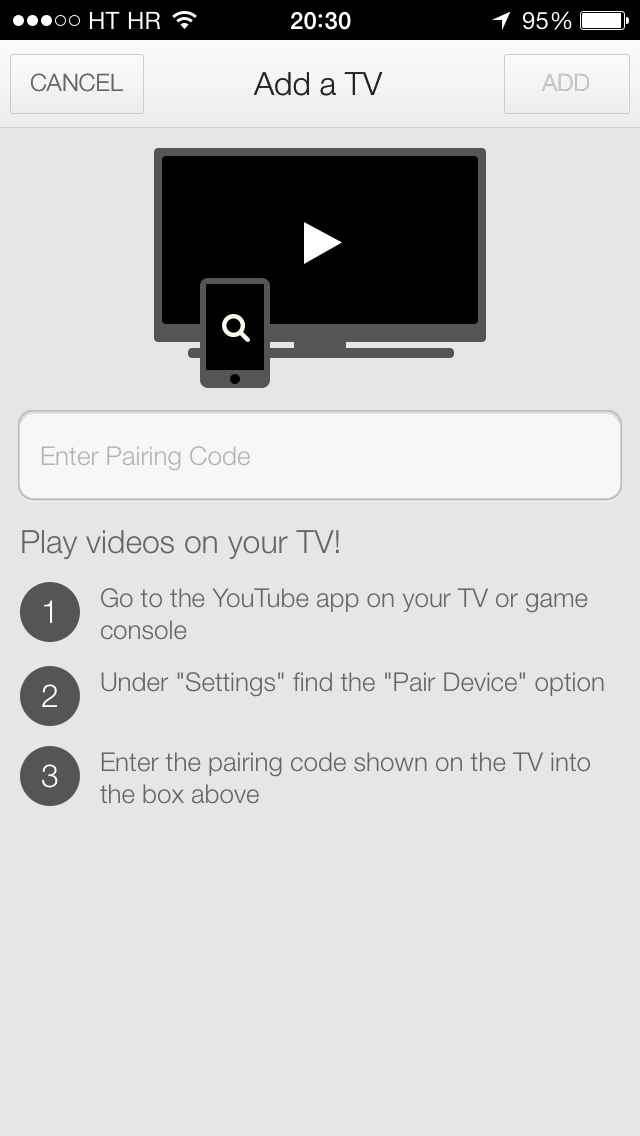 From there, you simply tap the Cast button when playing a video to send it from your iOS device to the connected TV or other paired devices, like Chromecast and Google TV devices. You can even queue up the video to watch it next on the output device.

It’s entirely possible that the iOS/Xbox YouTube integration requires the newly-released Xbox One SmartGlass companion app for the iPhone and iPad, available free from the App Store. Both Google and Microsoft announced YouTube’s Xbox One integration. Interestingly enough, this capability isn’t supported on the PlayStation 4 as of yet.

The blog posts reveal that YouTube’s official Xbox One app will support channel subscriptions and trending videos, with Snap mode (quickly switch between multiple open apps) and other features coming at a later stage.

Best of all, it will recognize Kinect-based voice and gesture commands from day one!

Slashgear has more on that:

The app is fully integrated with voice and gesture control. Say “Xbox” while in the YouTube app with the Kinect 2.0 turned on and a menu appears. Say a menu item like “Play” or “Pause” and the video behaves accordingly. Gesturally speaking, you can select videos for viewing by grabbing them, or scroll through videos with a swipe.

Speaking of consoles, repair wizards over at iFix have conducted their ritual teardown of both the Xbox One and PlayStation 4.

Hardware aficionados are advised to check these out to learn why Microsoft’s new living room Trojan horse is so big. As much as I hate saying this, I’m definitely positive that my next console is going to be the new Xbox.

I’m a Sony type of guy when it comes to console gaming, but Microsoft’s integration with live TV and set-top boxes through gestures and voice commands (“Xbox, watch National Geographic”) is a huge bonus, and then there are other living room integration features where the new Xbox handily beats the PlayStation 4.

Which one would you choose, the PlayStation 4 or the Xbox One?