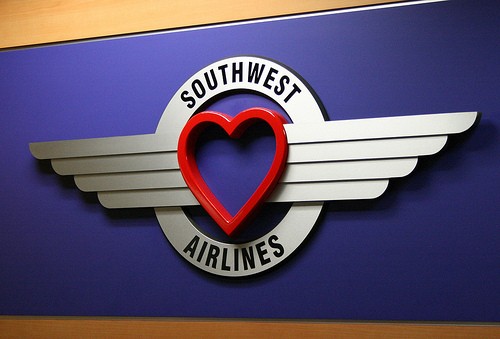 Since the FAA started allowing usage of personal electronic devices during all phases of flight last month, most airlines have now embraced the new rule, letting people play Words With Friends from takeoff to landing. Often one step ahead of competitions in terms of services, Southwest Airlines takes this a bit further and now allows passengers to stay connected to Wi-Fi from gate to gate.

In addition to already allowing use of the gadgets themselves, the carrier is the first U.S. airline (and likely the only one for some time) to provide the option of gate-to-gate Wi-Fi Internet service. That’s because it uses a satellite technology that differs from the air-to-ground technology used by Gogo, which powers the inflight Wi-Fi for most other airlines.

Technically, you could start watching an episode of Boardwalk Empire on your iPhone at your gate in San Diego, get in the plane, fly all the way to Chicago Midway and get off the plane while still watching the show. You’d probably be 3 or 4 episodes further in the season at this point.

Now let’s just hope your iPhone battery can go through all this.