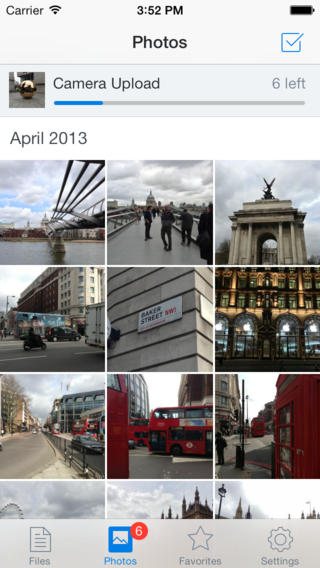 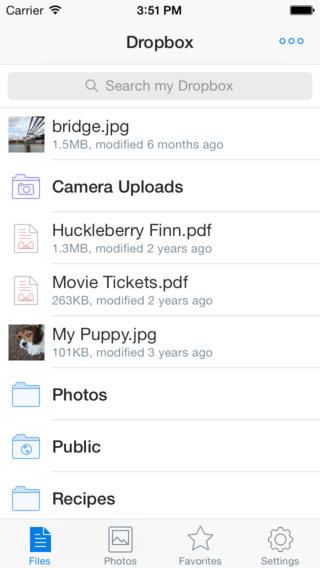 The popular cloud-storage startup Dropbox recently teased an image that gave us a glimpse into its iOS 7 makeover and we were pretty ecstatic about the new look. The good news is, the app is now live on the App Store – and it looks even better than we were hoping for!

Dropbox 3.0, now available for download on the iPhone and iPad, is a major redesign that feels right at home in iOS 7 because it honors Apple’s guidelines.

It’s not just the looks – Dropbox packs in some interesting and much welcomed new features like an improved PDF viewer, wireless AirDrop sharing (finally!) on iOS 7 devices, enhanced exporting and video importing, speed improvements and more.

As a bonus, full-screen viewer for photos and files is now but a tap away. Do give me a favor and jump past the fold to check out release notes and some really nice iPhone and iPad screenies…

And what about the new passcode screen? 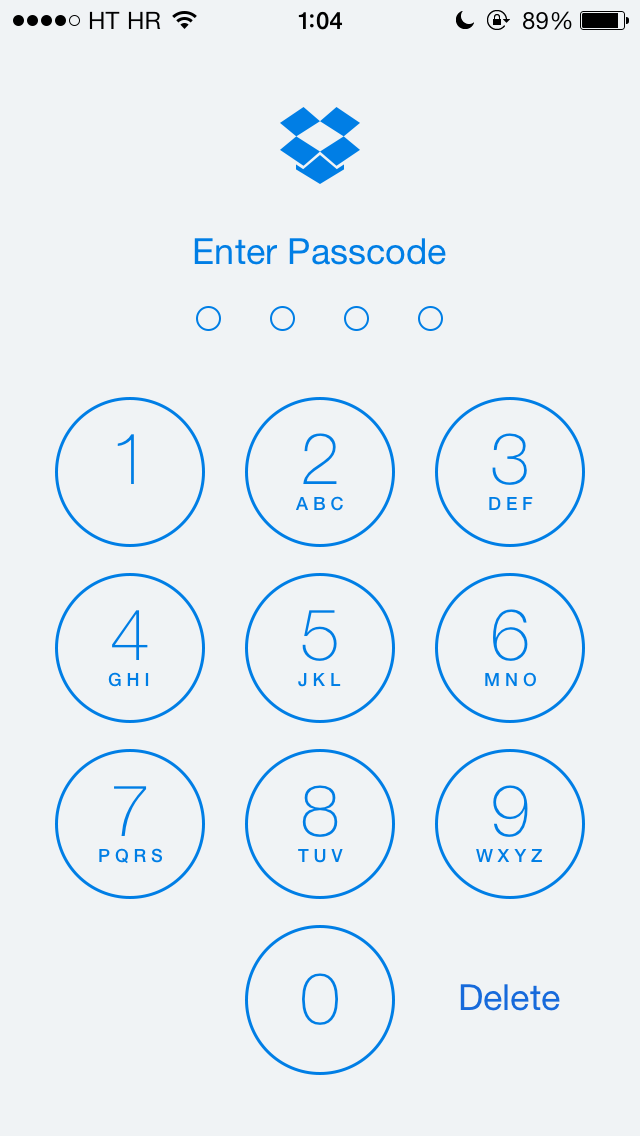 I’m loving it so much more than the old one! 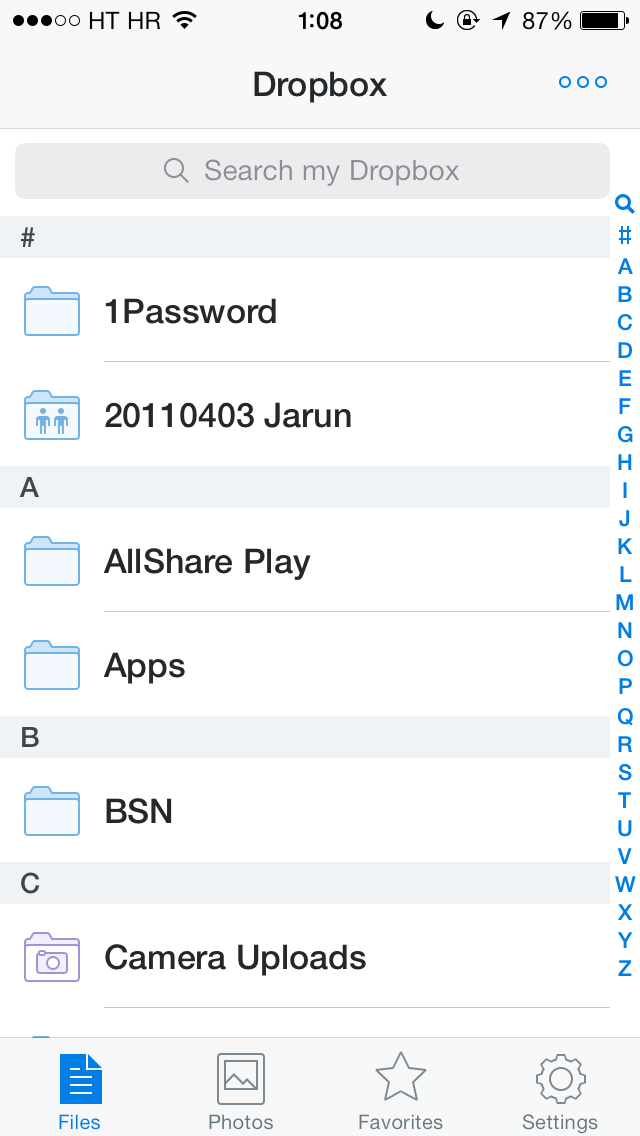 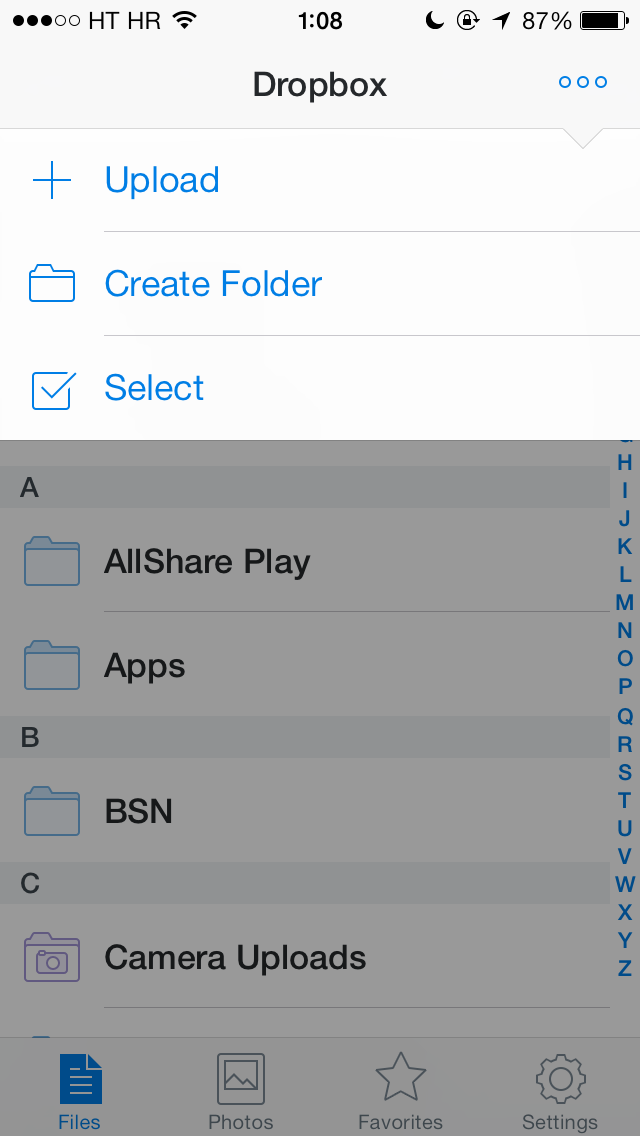 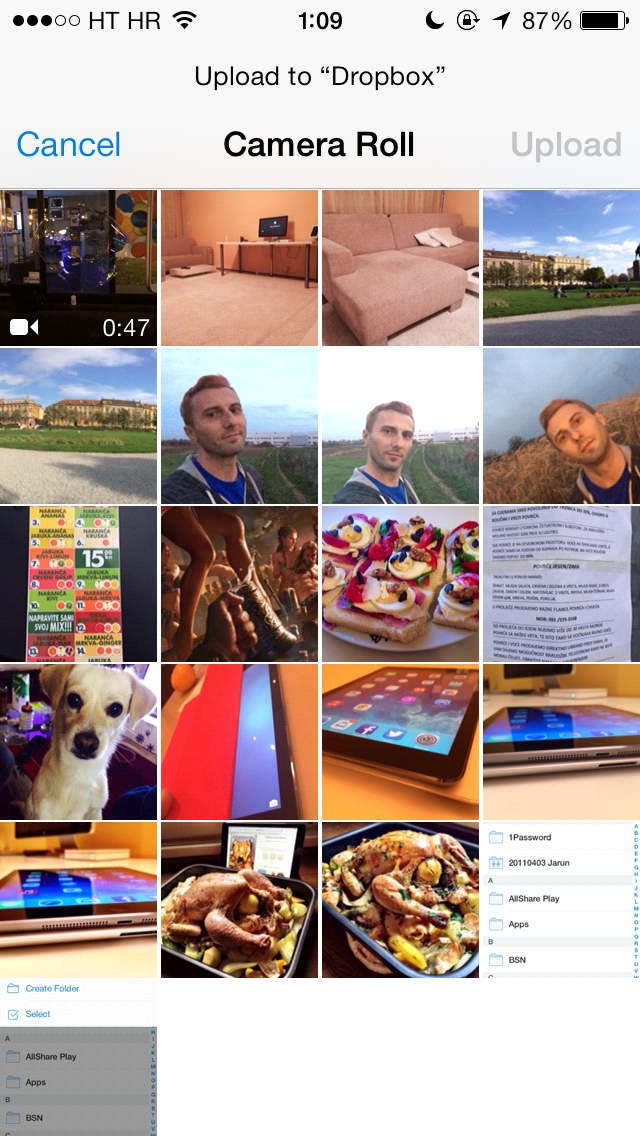 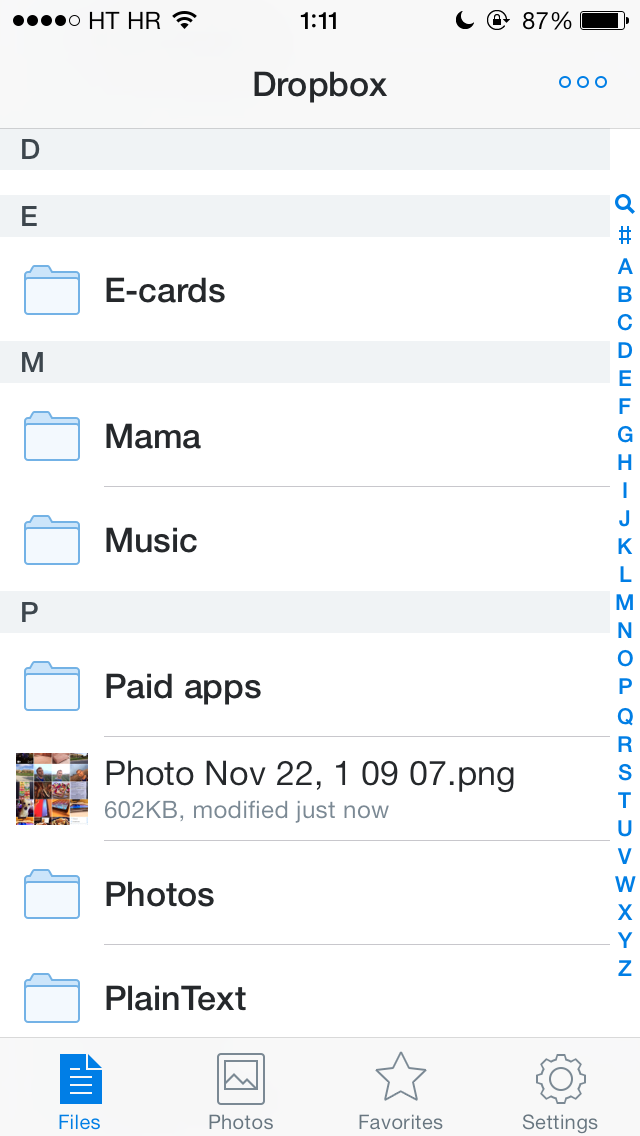 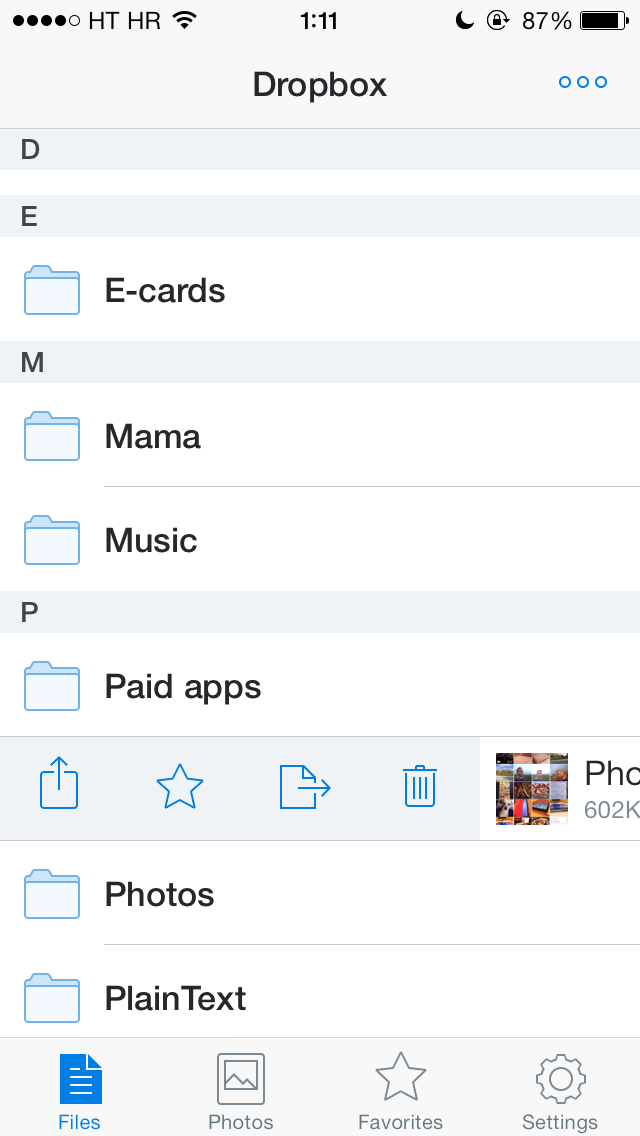 Speaking of files, Dropbox 3.0 now honors the system-wide left-to-right swiping to go up a level in your Dropbox folder hierarchy. Unfortunately, it would appear that today’s update pulled the very appreciated Require Immediately setting for passcodes. 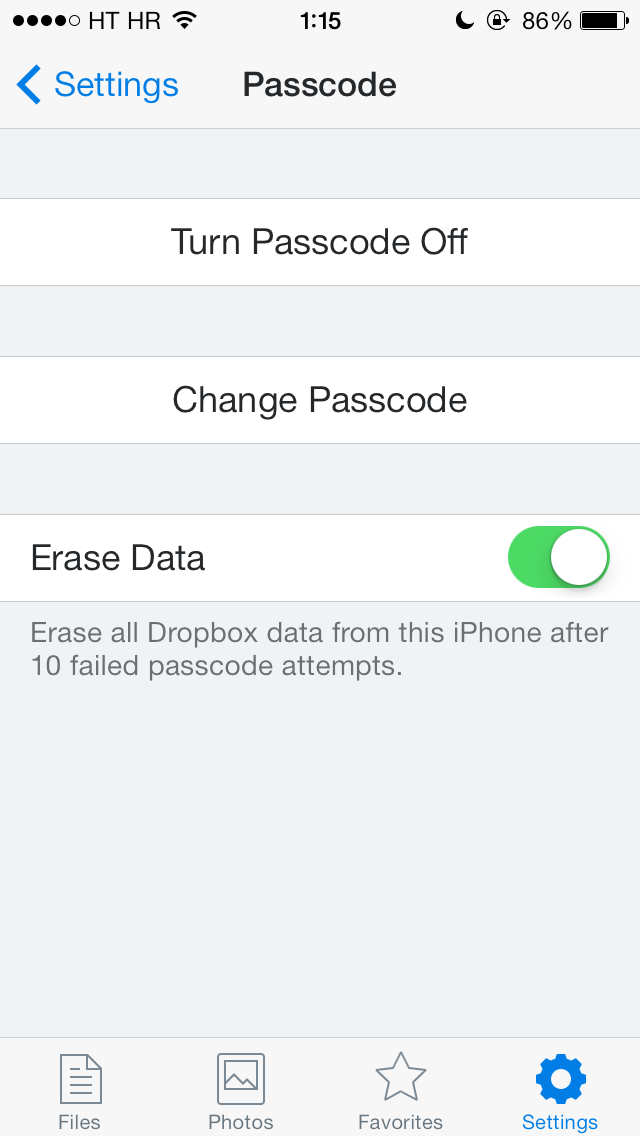 That’s such a shame, really!

If you’re anything like me, chances are you multitask a lot, switching between Dropbox and other iOS apps at least a few dozen times a day. Setting the Require Immediately switch to OFF in the previous version meant Dropbox wouldn’t put up the passcode screen when switching apps for a very short time.

Now that it’s gone, I have to punch in my passcode every. single. time. – even if I need to switch to, say, Safari for only a few seconds. That’s a bummer in my book.

On a more brighter note, the new Dropbox takes advantage of Background App Refresh, a new iOS 7 feature which permits an app to refresh its content in the background, even if it’s not active.

This allows for a much better Camera Upload experience, as you could imagine.

• Beautiful new design for iOS 7
• Streamlined iPad experience: just tap on your files and photos to toggle fullscreen
• Improved sharing and exporting makes it easier than ever to send files to your favorite apps
• AirDrop support lets you send links and files in a snap
• Seamlessly save videos to your library
• Speed! Faster launch, photo loading, and video playback
• Vanquished our most common crashes
• Fixed bug that caused HTML to render as text
• Oodles of PDF viewing updates 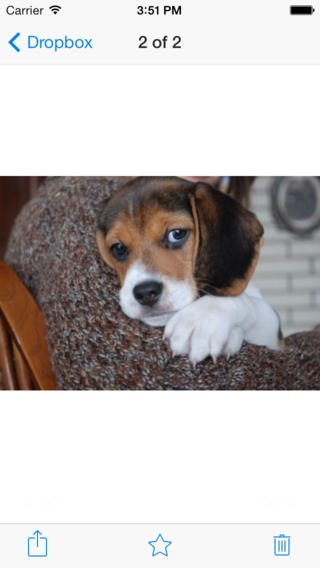 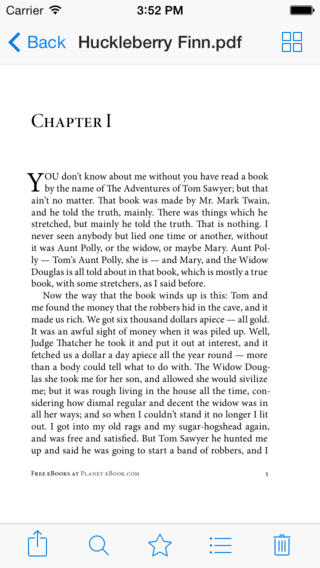 Some people will probably loath so much white space.

I, for one, happen to love the simplified look because it’s so easy on the eyes. The navigation bars and icons along the top and bottom are now markedly less obtrusive, for example.

If I’m in a file manager that syncs my precious files with the cloud, the last thing I need is a cluttered interface distracting me from the task at hand, and my content. Folder and file icons have been redesigned to match the new look as well, resulting in far easier navigation and file management. 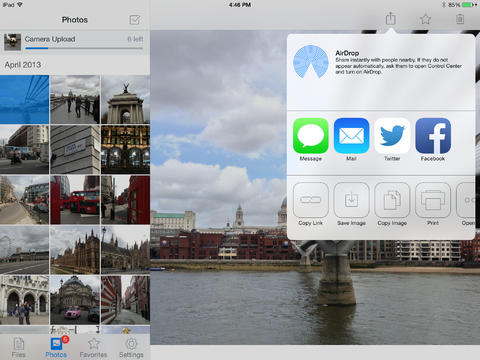 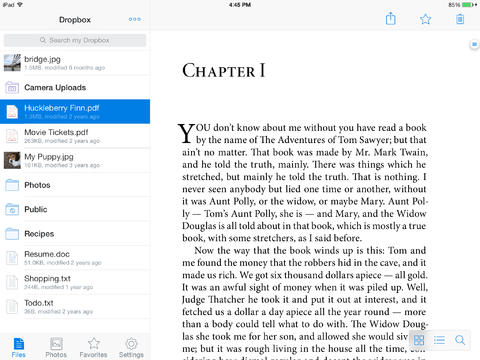 Dropbox 3.0 is available free in the App Store.

The download weighs in at 19.7MB, but keep in mind that iOS 7.0 or later is required.