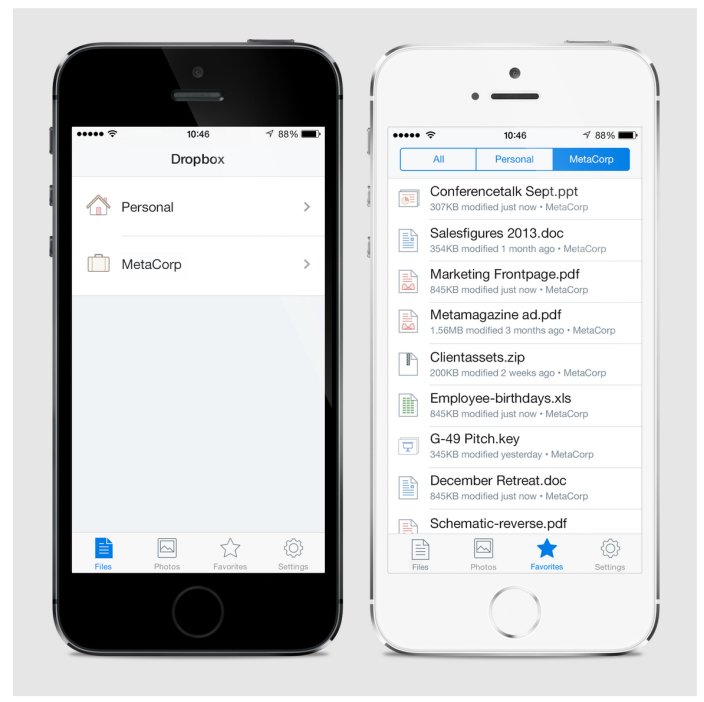 Good news today for all of you Dropbox users. The long-awaited iOS 7 redesign for the storage service’s iPhone and iPad client appears to be nearing completion. The company snuck the above screenshots into a new blog post today.

Apparently, there are some big things brewing at Dropbox, including some big upcoming changes for its ‘Dropbox for Business’ enterprise offering. The service has been completely rebuilt for business. But anyway, about this redesign…

As you can see, the new design takes a number of cues from iOS 7—I think it looks a lot like the stock Phone app—and all of the usual elements are there. It features large white spaces, flat text and flat icons in the tabs across the bottom.

9to5Mac has picked up a few additional screenshots: 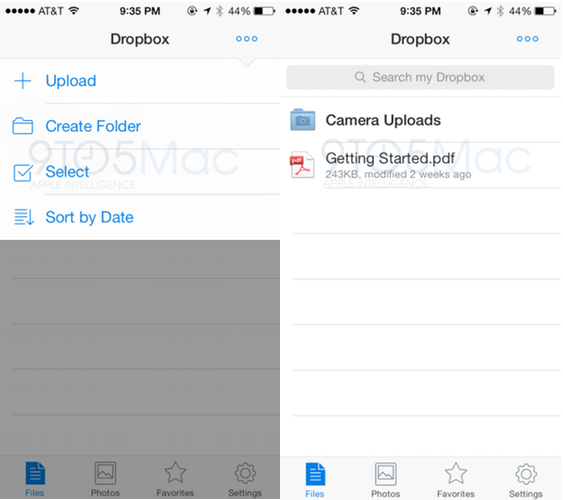 Dropbox says that the new business features will start rolling out to users later this month, so while there’s no word on when we’ll see the redesigned iOS app, it shouldn’t be too far off.