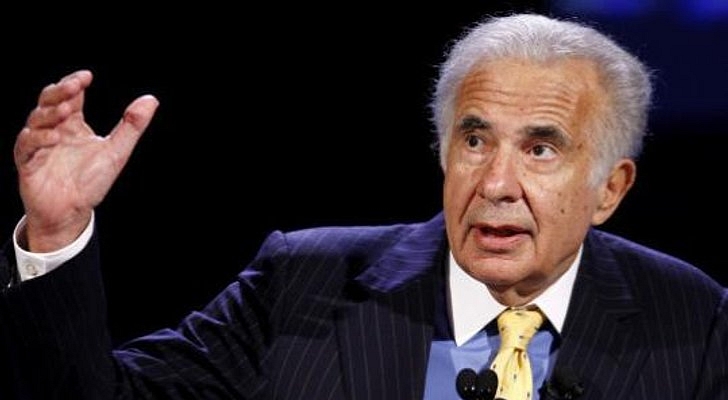 Some people question Carl Icahn‘s motives and wonder what if the billionaire activist investor will stop at nothing in order to push Apple into burying itself in debt, just to fund his massive $150 billion stock buyback proposal so he could put a nice little profit into his pocket.

I’m not afraid of Icahn, but understand why some watchers are. And rightfully so, as Icahn is notorious for pushing for CEO and board room changes to have his way, often with little regard for a company’s well being afterwards. So, what’s the size of Icahn’s investment in Apple, does he have a leverage over Tim Cook and what exactly is he up to?

Reuters asked Icahn to come clean on his Apple plans, here’s what came out of him:

Icahn, speaking at the Reuters Global Investment Outlook Summit, also hinted at his ongoing plan for Apple Inc, the most valuable U.S. stock by market value, saying that he does not want to fight with management at the iPhone giant but has no plans to walk away from his investment.

In another quote straight from the WTF department, the 77-year-old billionaire is “very cautious” on the stock market as he sees a “big drop” because earnings at many companies are the result of low borrowing costs rather than the strength of management.

What makes his thinking puzzling is that Icahn’s letter to Tim Cook reiterates that Apple should borrow money to fund his buyback initiative.

As we proposed at our dinner, if the company decided to borrow the full $150 billion at a 3% interest rate to commence a tender at $525 per share, the result would be an immediate 33% boost to earnings per share, translating into a 33% increase in the value of the shares, which significantly assumes no multiple expansion.

Longer term (in three years) if you execute this buyback as proposed, we expect the share price to appreciate to $1,250, assuming the market rewards EBIT growth of 7.5% per year with a more normal market multiple of 11x EBIT.

So much about consistency, Carl!

But does he have a leverage over Tim Cook?

Last week both Bloomberg and Reuters reckoned  the size of Icahn’s investment in Apple at $2.4 billion. I’m not really sure why this was news as Icahn’s October 24 letter acknowledged the figure.

Anyways, I know $2.4 billion is a lot of money, but the sum actually buys him a meager 0.5 percent stake, based on purchasing 3.8 million shares worth $1.8 billion and then increased his holdings to 4.7 million shares, worth $2.4 billion.

We’re talking outstanding shares here and for those wondering, there were 899.74 million shares of Apple outstanding as of September 30. Most importantly, to have a say in the company’s dealings and earn a seat on the board, he’d have to own close to a ten percent stake. 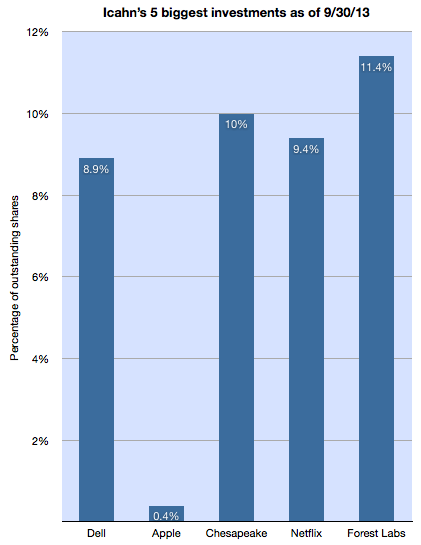 So what’s stopping him from pursuing that goal?

According to Fortune’s Philip Elmer-DeWitt, even Icahn isn’t that rich.

Icahn is rich, but not that rich. He could put his entire $20 billion net worth into Apple, and still own less than 5 percent.

This may help explain why Tim Cook has so far declined to take Icahn’s advice and put all of Apple’s $150 billion cash holdings in a massive one-time stock buyback.

I believe that my statement included in today’s IEP earnings release will be of interest to all shareholders: http://t.co/IMrcHczmig

So, Icahn may be long on Apple, but he’s short of leverage – and that’s a good thing. It’s amusing to think he tweeted last summer that he had taken a “large position” in Apple.

And if you ask me, Tim Cook should just take Apple private and be down with this Wall Street nonsense that isn’t doing Apple or its leadership any favors.