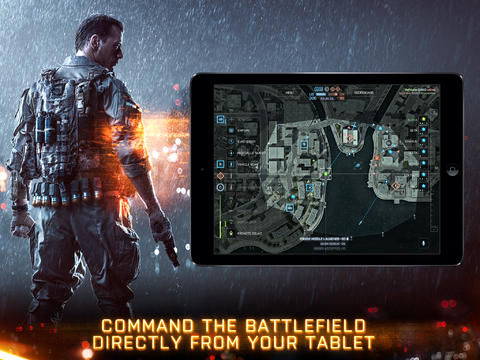 If Electronic Arts’ first-person shooter Battlefield 4 has been keeping you glued to your Windows PC or PlayStation/Xbox console, you won’t want miss out on this one. Released today as a free download for the iPad on Apple’s App Store, the Battlefield 4 Tablet Commander app provides a no-compromise second-screen experience letting you command the battlefield and compete with the opposing teams commander directly from your iPad, using easy touch gestures and drag-and-drop interface…

If you own Battlefield 4 on at least one platform and have an active soldier at rank 10 or higher on that platform, you can use the companion software to manage squad-based teamplay, deploy war assets such as gunships and cruise missile attacks and more.

This is a native affair, not a dull web page packaged as an iOS app.

As a result, some features previously unseen in other companion apps are now a reality. Like, for instance, in-game voice chat: just select a squad and hold down the mic button to talk to your squad, directly from the iPad.

Other features include the ability to jam the enemy’s radar using EMP, call in UAVs to scan the area, send reinforcement, supplies and vehicles to your troops on the ground, all via the nicely done drag and drop controls.

Deploying UAVs and issuing orders is as easy as dragging the icons onto locations on the map. And Retina graphics makes everything crisp, precise and gorgeous. 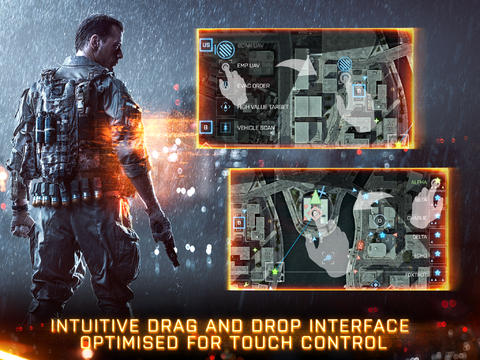 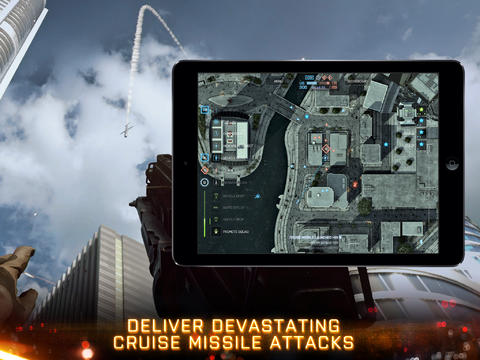 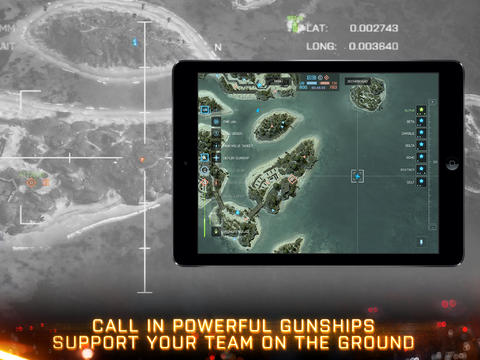 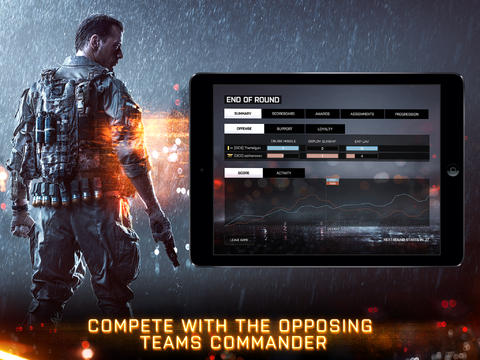 Take point and lead your team to victory wherever you are. Play on any platform server on which you own Battlefield 4. Join games straight from the app, or through Battlelog.

Battlefield 4 Tablet Commander is free on the App Store.

The download weighs a whopping 504MB and requires an iPad running iOS 6.1 or later.