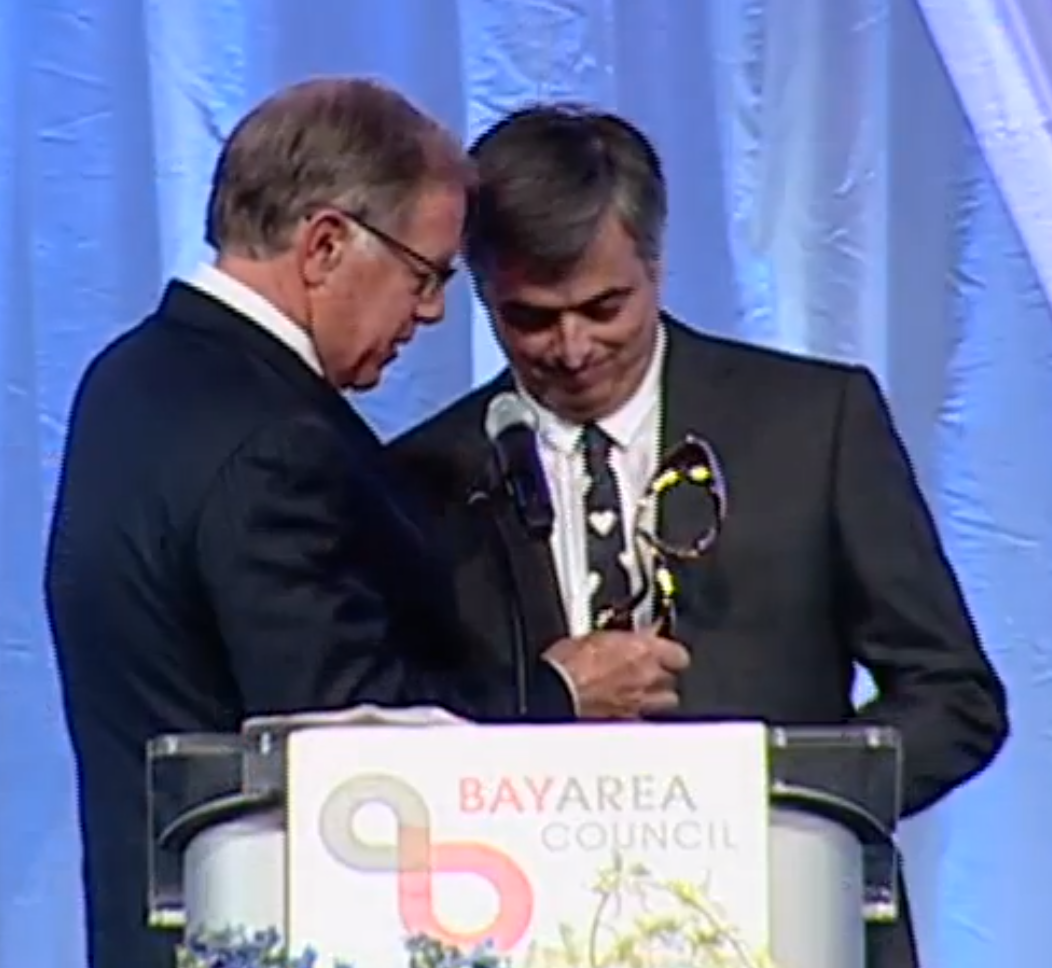 Apple’s VP of Internet software and services Eddy Cue tweeted out a link to a YouTube video last night, with the caption “an honor, a privilege and truly from my heart to Steve.” The video was of Cue giving a speech at a banquet.

More specifically, Cue was accepting an award on Steve Jobs’ behalf. He was [posthumously] inducted into the Bay Area Business Hall of Fame last Thursday, and the clip shows a montage of keynotes, interviews and other gems…

For those that missed Cue’s anecdote there at the end, TechCrunch has the transcription:

“We were launching the iMac, in Bondi blue…we were doing this at the Flint center in Cupertino. Unfortunately we couldn’t get the venue, Stomp was there the night before, we were launching it the next day and we could only get in at midnight. So we come in at midnight, we were going to do rehearsals…one of the things we wanted to do was have the iMac come out from the stage as he was introducing it. And we’d shine some lights. I was sitting out in the crowd…and the iMac comes out and the light comes on it and I said “wow, that is so cool!”

Steve stops the whole thing and says “stop, this sucks!” He says, “it should come out at the side where you can see the color, the light should be shining at this side and when it turns to the front that’s when it should turn on…30 minutes later we do the whole thing again and when I see it come out I said ‘wow, he was absolutely right, it’s incredible’. He had that level of detail for everything he did, and that’s what he taught us.”

As he told the story, Cue seemed very reserved and sincere: “Even in my darkest days, he was there for me. When my wife had cancer, he was there for us… And in many ways, she’s here tonight because of him, so thank you, Steve.”

Jobs has been recognized by a number of organizations for his life’s work since his passing in 2011. Just in August, he was honored with the prestigious ‘Disney Legends Award’ for his contributions to film through his work at Pixar.