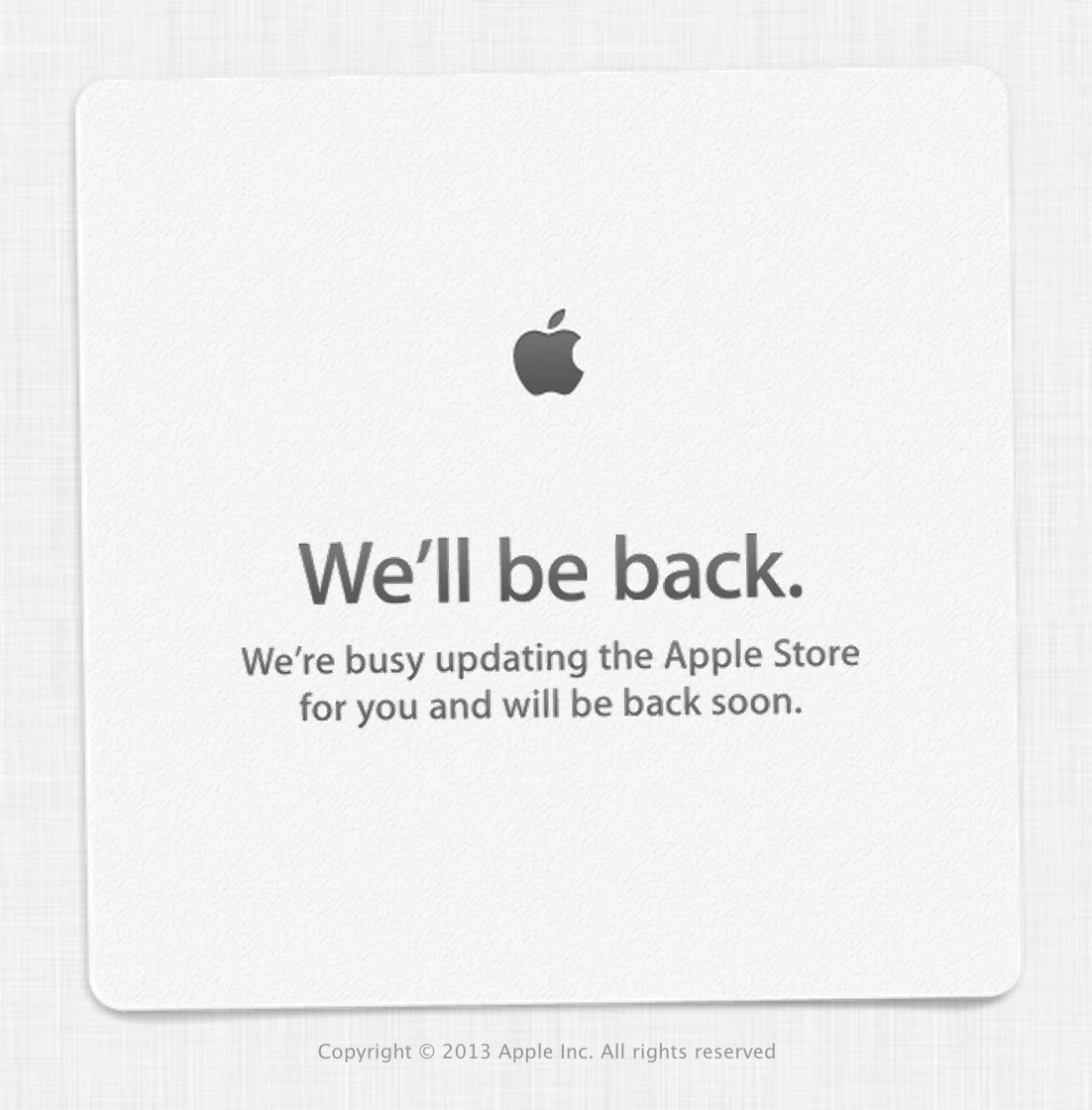 Either Apple is trolling all of us very hard with a late-night maintenance session, or recent reports of the Retina iPad mini launching on November 12 are true. All of Apple’s online stores have been offline for over an hour now.

Earlier tonight, a post was spotted on Apple’s internal GSX (global service exchange) site for service providers and third-party vendors stating that the company is preparing to launch its second-generation iPad mini tomorrow…

Again, we don’t know if Apple’s web stores being down has anything to do with the internal GSX note that leaked earlier tonight. But the fact that all stores went down simultaneously, and are still down, is fueling speculation.

Earlier we noted that November 12 seemed like an odd release date for several reasons. For one, it’s been November 12 in many countries for several hours now, and two it seemed rather low-key for a product like the iPad mini.

That being said, such a late-night launch isn’t unprecedented, and could be part of Apple’s plan to minimize impact of severe supply constraints. This way, there won’t be mobs of angry customers camped outside of retail stores.

At any rate, if Apple is planning to make the Retina iPad mini available for purchase tonight, it will likely go on sale around 12 am PST. We’ll be staying up until then, or at least until online stores come back up, just to make sure.