Despite all of the user complaints and negative PR Apple encountered when it replaced Google Maps with its own in-house software in iOS 6 last year, the app has turned out to be quite a hit with US iPhone and iPad users.

According to research data from comScore, more than 35 million US iPhone owners used Apple’s Maps app in September 2013. That’s significantly more than the 6 million or so that used Google’s standalone iOS Maps app…

The Guardian passes along comScore’s results:

“ComScore’s data shows that in September 2013, 35m used Apple’s maps at least once during the month, out of a total iPhone population of 60.1m. The 58% usage on the iPhone is reckoned to reflect the growing number of younger users who do not use mapping services; the proportion of iPhone users who use any mapping service, including Google’s, has been dropping since April 2012, according to ComScore’s data.

Wood said: “The thing is, on an iPhone all roads lead to Apple’s maps. They’re putting this front and centre for users, and getting more confident.” For Google, he said, “They’re very fortunate that Android is a big source of data – they will be very relieved at that.” He cautioned that US iPhone users might be more eager to use Apple’s maps because there seem to be fewer errors there compared to other regions, including Europe.”

And here’s a chart that breaks down the numbers: 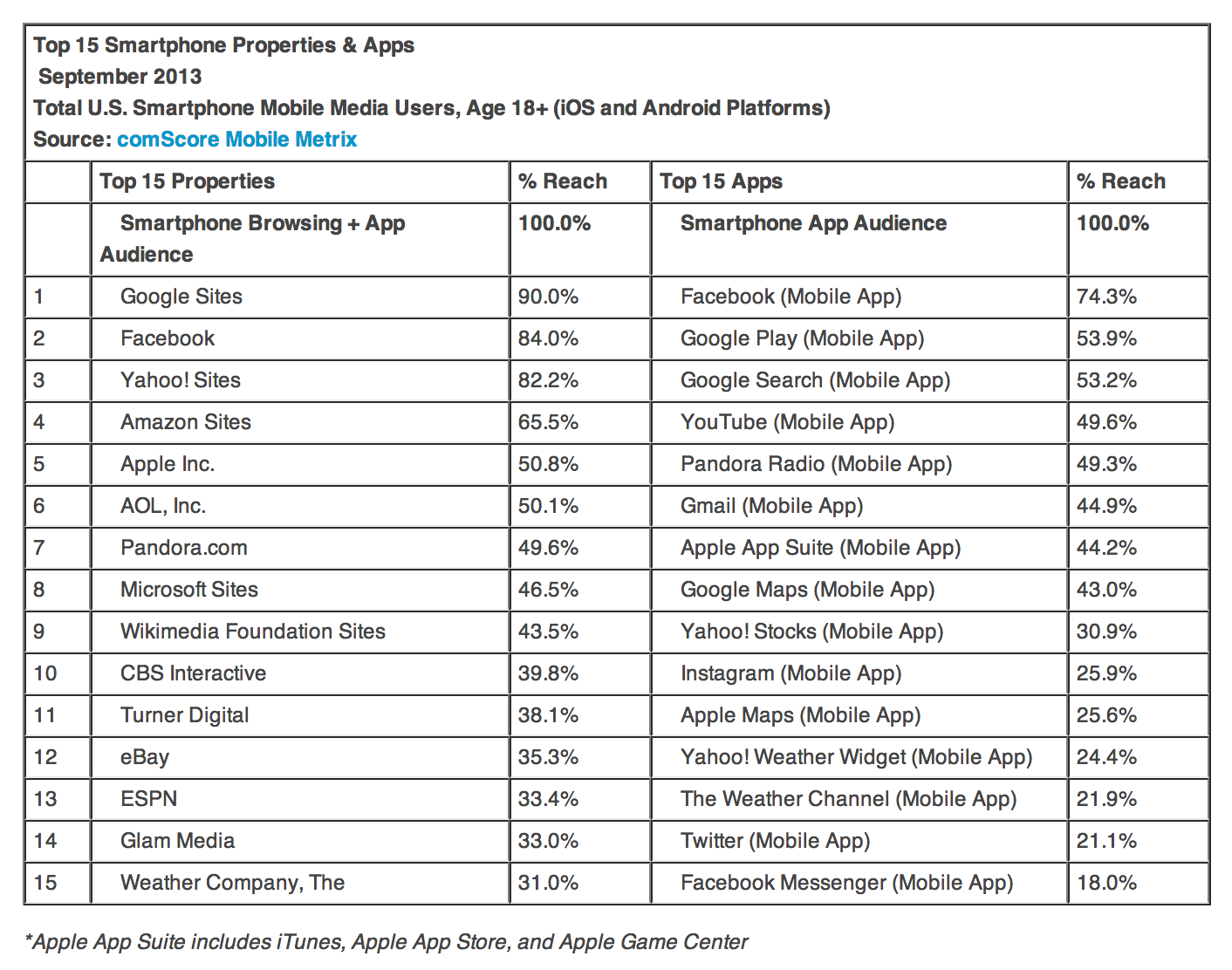 So why did Apple get rid of Google Maps in the first place? Well The Guardian echoes an ongoing theory that Apple asked Google for voice turn-by-turn directions, and it said no. As you can imagine, things just spiraled from there.

Why does any of this matter? Well Maps services are very important to strategies of both companies. For Google, it means location ads and data collection, and for Apple it’s expected to be a large part of its new iOS in the Car initiative.

Apple launched its Maps app alongside iOS 6 last September for both the iPhone and iPad, and alongside OS X Mavericks last month for Macs.

What are your thoughts on all of this? Do you use Apple or Google Maps?