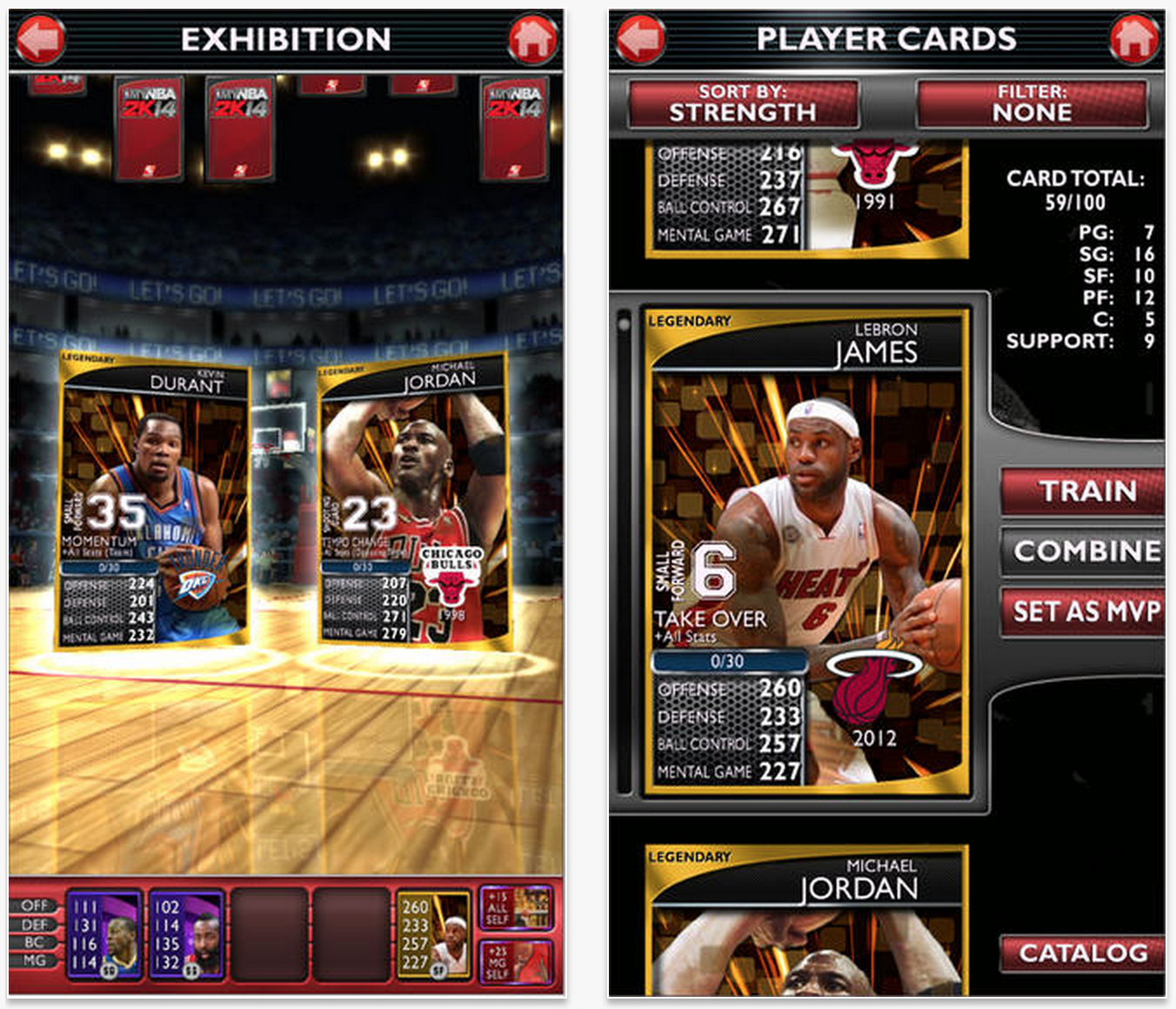 It seems like companion smartphone and tablet apps are becoming more and more popular with big-name console developers these days. We saw one from Rockstar back in September for GTA V, and now we have another from 2K Sports.

The New York-based development studio released a new app this week for the iPhone and iPad called MyNBA2K14. And as the name implies, it’s a companion app for NBA 2K14, the popular basketball game  that was released earlier this year…

MyNBA2K14 is the companion app to the world’s biggest and best NBA video game franchise – NBA 2K14. With MyNBA2K14, stay in touch with your Xbox 360 and PlayStation 3 version of NBA 2K14 wherever you go with the MyGAME feature that allows players to view key data from the console – including MyCAREER stats, online multiplayer records, and leaderboards while earning extra VC (console in-game currency) with an NBA Pick-Em mini-game and daily VC rewards.”

Additionally, the app features an NBA 2K-themed card battle game, which allows players to collect the cards of over 400 current and former NBA players and battle against other users. It’s kind of like a cross between fantasy football and Pokemon.

While I like the idea of a companion app, I’d like to see much more functionality and maybe more in terms of mobile gameplay. I suppose, though, if you really wanted to play on your iPhone or iPad, you could just download NBA 2K14 for iOS.

At any rate, if you want to check it out, you can find MyNBA2K14 in the App Store for free.