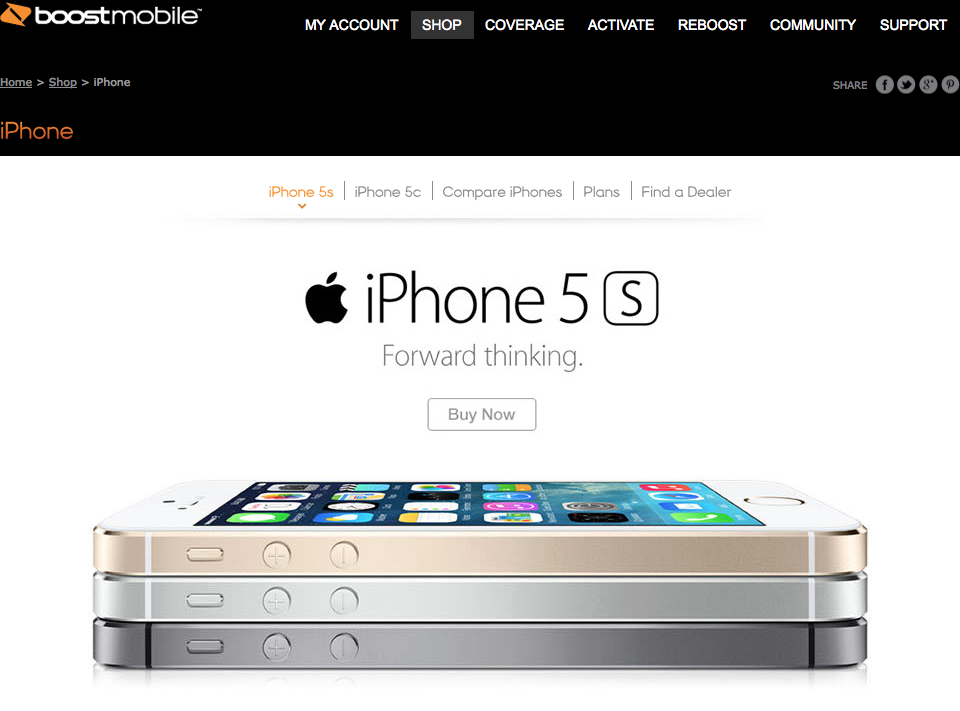 I reported on October 21 that Sprint’s prepaid brand, Boost Mobile, was gearing up to launch the iPhone 5s and iPhone 5c real soon. The significant development would mark the first time in Boost’s history it offered the iconic smartphone. Cody followed up with another write-up stating that Boost could sell the handsets at $100 in retail.

Today, the carrier has begun carrying the new iPhones contract-free. The unsubsidized devices start out online at just $449 for the 16GB iPhone 5c model and $549 for the entry-level iPhone 5s, each a cool $100 saving over Apple’s regular price points. But if you’re switching from another carrier, you can claim an additional $100 discount…

This means people coming from another carrier could get an iPhone 5s for just $449, or $349 in the case of the entry-level iPhone 5c. We reached out to Boost which confirmed that this special promotion for new customers is running through November 24 at participating Boost Mobile stores.

You can order your iPhone 5s/5c over at the Boost Mobile webstore, too. 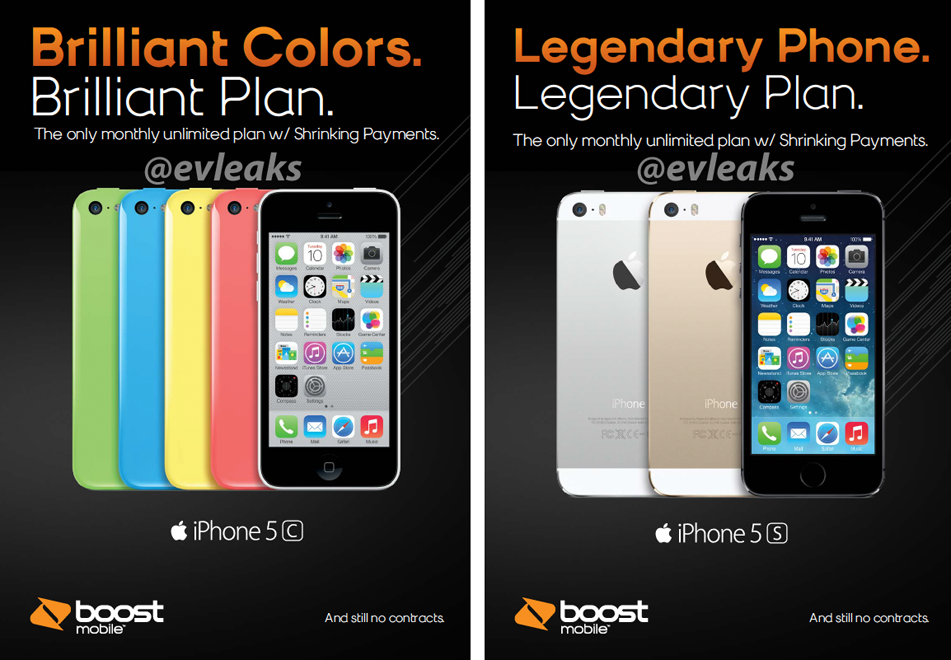 The incentive is Boost’s way of celebrating landing the iPhone for the first time in its history. Speaking of contracts, Boost is offering a $55 per month unlimited everything plan (data is throttled beyond 2.5GB) with so-called Shrinking Payments option.

Basically, for every six on-time payments you make Boost will knock $5 off your service charge. So, if you pay your bills on time, that $55 per month plan could eventually get reduced to as low as $40 per month.

Because Boost is a Sprint property, its iPhone 5s/5c customers can easily connect to Sprint’s 4G LTE network, now available in 230 U.S. markets.

Would you switch to Boost?