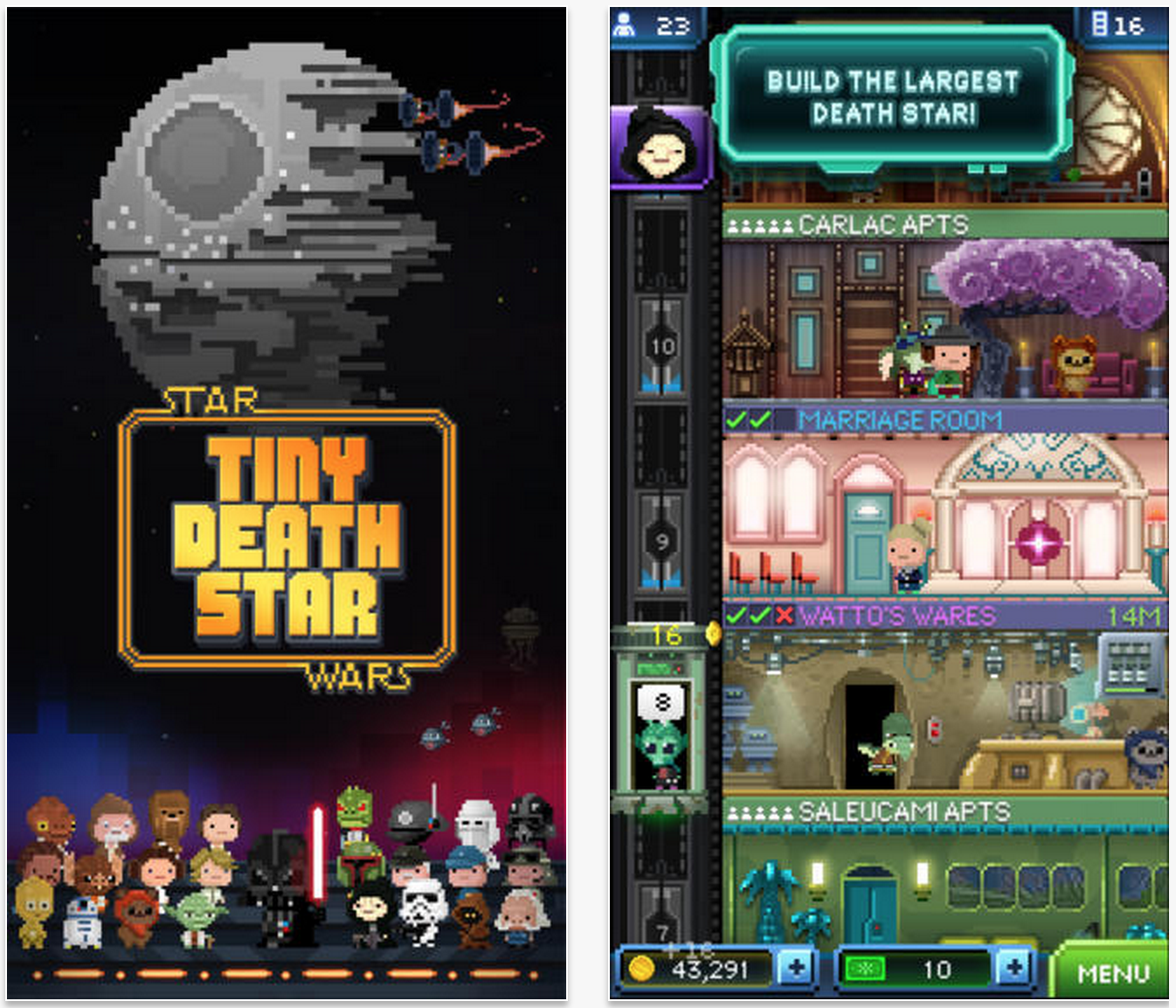 Great news gamers! Star Wars: Tiny Death Star is now available in the US App Store. The game is a joint venture between NimbleBit—the maker of popular games like Tiny Tower and Pocket Planes—LucasArts, and Disney.

First announced back in October, Star Wars: Tiny Death Star offers up similar gameplay to Tiny Tower, in that it tasks players with helping construct a Death Star with over over 80 types of residential and commercial floors… 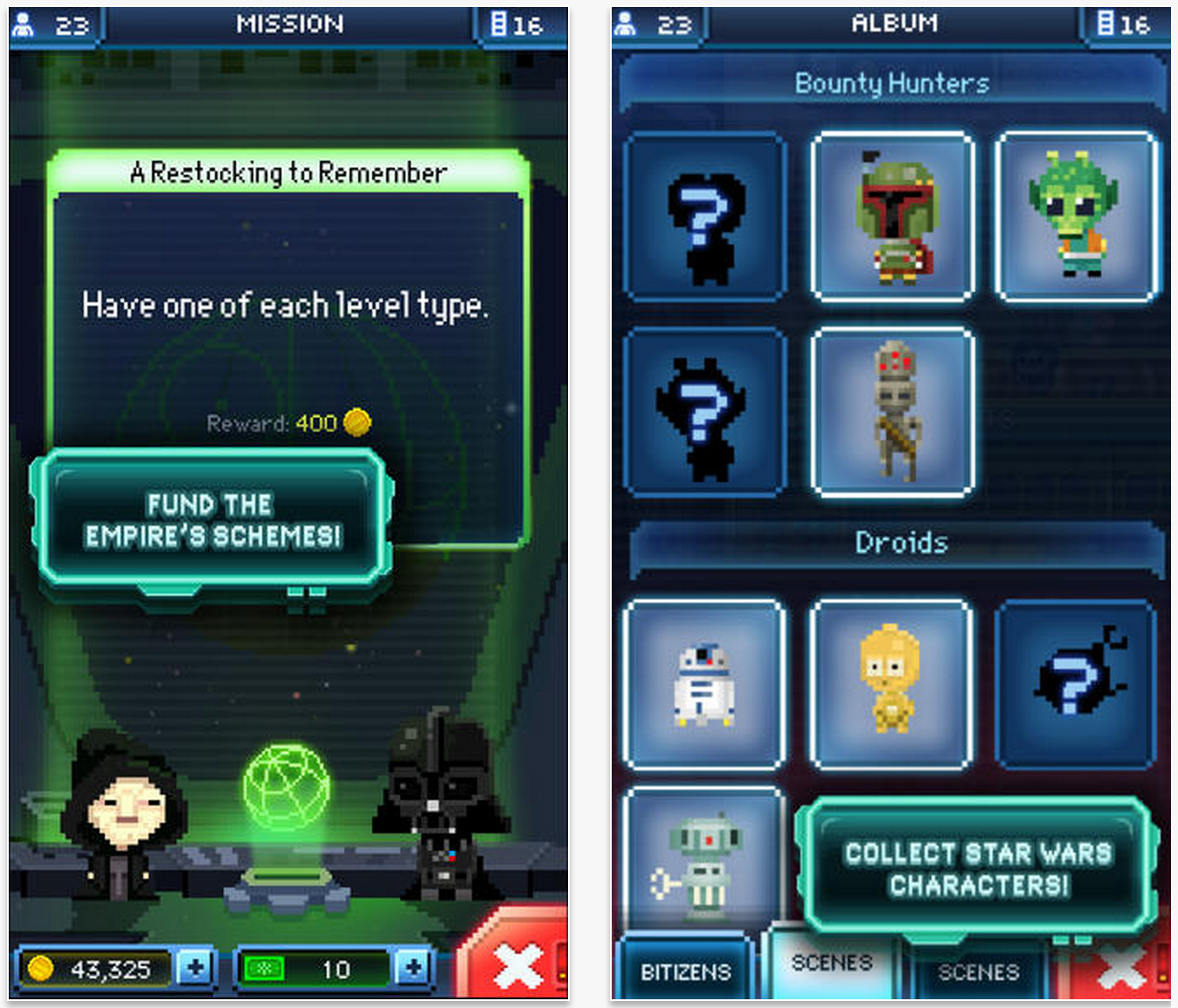 Amidst a civil war in a galaxy far, far away, the Emperor is building a Death Star level by level, and he needs your help. Intergalactic war is expensive, and space stations are, too. Do you have any idea how much it costs to build one the size of a moon?

Live life on the dark side, and join Emperor Palpatine and Darth Vader on a mission to attract Galactic bitizens, run intergalactic businesses, and build an all-new Death Star! With that hard-earned money, fund the Empire’s evil schemes to defeat the Rebels and conquer the galaxy once and for all!

And here’s your gameplay trailer:

Star Wars fans will find tons to love about this sim, which features over 30 unique species including Wookies and Ewoks. You can also expect to see break-ins from rebel spies like Luke Skywalker, Princess Leia, and more.

Like Tiny Tower, Tiny Death Star is a free-to-play app with various in-app purchases. If you’re interested, you can find it in the App Store as a universal app for both the iPhone and iPad, for free.

Have you played Star Wars: Tiny Death Star yet?