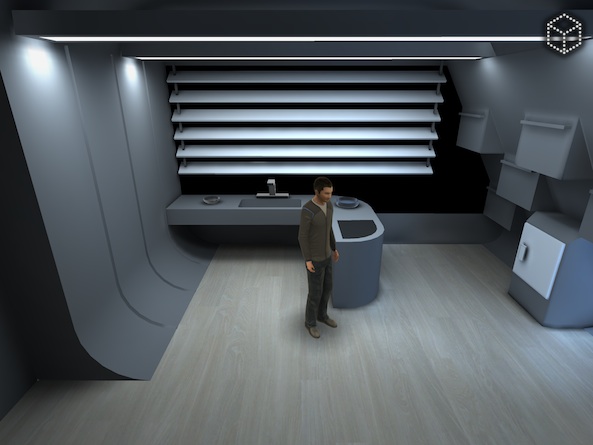 Point-and-click games are not nearly as popular as they should be in the App Store, especially for the iPad. The touch screen tablet is perfect for exploring a rich environment and finding hidden clues. The best way to find something that is missing is to touch everything.

The graphics have an interesting look to them. The background design is hyper-realistic with depth and texture on many surfaces. However, the characters themselves look more like something coded a decade ago.

Players explore various locations in a city, looking for clues to help discover why no one remembers Chloe or what happened to her. Rooms are three-dimensional, but your viewing angle is limited by what the game decides is important. As you move around a room, the angle shifts and adjusts to the new area, but you cannot swipe across the screen to see what is around you.

The soundtrack is subtle and ethereal. It adds to the sci-fi ambiance and mood of the game. Tracks change, depending on where you are. For example, the music playing in the bar is more akin to jazz tunes than background sound for the game.

The puzzles are multi-step action-based events. Players must find objects, connect items together, talk to non-player characters (NPC), and perform other activities in order to discover new clues to further the plot. 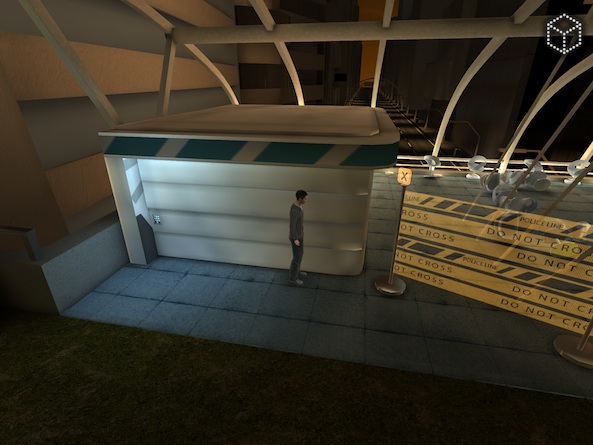 This game has a very traditional point-and-click feel to it. Unlike today’s hidden objects and mystery games, games fit seamlessly into the storyline. It could be compared to Myst, only not quite as big or as good. My point is that it plays more like Myst than one of the G5 point-and-click adventure titles that launch in the App Store.

Players start the game with a phone call from Chloe, who says she needs to meet you (Greg) at a park. As events transpire, Greg witnesses a bright light, sees his girlfriend disappear, and is knocked unconscious by an unseen force. He wakes up in a hospital with very little memory of what had just happened to him. He does, however, remember Chloe. When he asks about her, no one else seems to know who she is and claims to have never met her. Even his apartment, which he shared with his girlfriend, is completely void of her presence.

As Greg, you must find out what happened to Chloe and figure out why no one seems to remember her. You will track down clues from people who were at the scene of the accident, gather information from various sources that may not seem relevant at the time, and slowly work your way through all of the clues and eventually solve the mysteries in front of you.

Players move from one area to the next by tapping the screen. A single tap will make you walk and a double tap will make you run. If you are looking at something from the first-person point of view, you can swipe your finger across the screen to see what is around you, but in third-person view, the camera moves when you do.

If you are stuck, touch and hold two fingers on the screen to reveal hotspots. These are items or characters that you can interact with on the screen. Tap the item or person to start a dialogue. If you are picking up an item, or interacting with it, Greg will begin to speak in his head about what he has discovered. If you talk to an NPC, the conversation will allow you to decide which questions to ask, or choose what information you’d like to give. The dialogue tree device is a traditional gaming mechanic that helps immerse you into the story more.

Dialogue is in text only. There is no voice acting. Everything that is spoken is written instead. This alleviates the problems with terrible voice acting ruining a good story.

Paying close attention to details can help you solve many of the puzzles. For example, that ice-cream man that you meet at the beginning of the game may have more to offer you than you think. Keep track of what people say to you and use the items in your inventory when you think they may help. There are times when you will feel stuck and tapping on every item in your inventory is the only way to discover the next step.

I found myself stuck in a lot of situations, not knowing what to do next. Sometimes, the answers revealed themselves very easily. Other times, I had such a hard time figuring out what to do next that I nearly gave up.

I still have a lot of the game to get through, but I’ve enjoyed playing this game very much. It offers hours of gameplay and complex puzzles, including brain-teasing mini games, to keep you engaged and entertained. 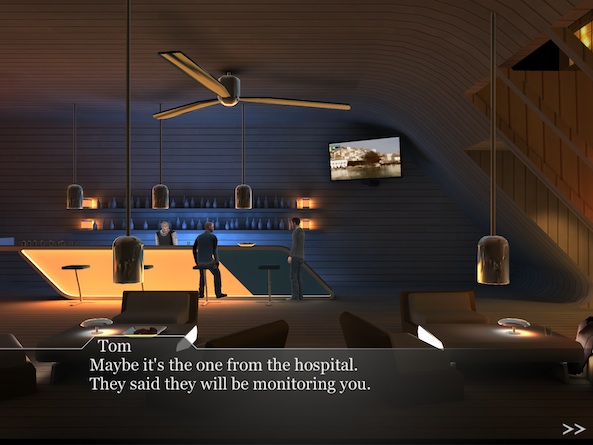 It features all of the elements of gameplay from nearly 20 years ago. This refreshing and unique adventure allows you to immerse yourself in a complex and riveting story that takes you through multiple stories and alternate realities, landing you back where you started, but with a whole new perspective.

There is no help guide for the basic controls. Once you perform a function once, the help tools disappear. I had forgotten how to access the main menu (double-tap the inventory screen) and hotspots and had to look the controls up online. There should be an easily accessible quick-start help guide that gives you a list of the basic controls of the game.

Lost Echo costs $2.99, which is relatively low for a game in this genre. Most point-and-click games run about five dollars each. There are plenty of puzzles to keep you occupied for hours and the game’s story line is riveting. $2.99 seems more like a sale price, but it is not.

Fans of old-school point-and-click adventure games along the lines of Myst will really enjoy being taken back to a traditional style of mechanics. The price is very reasonable and the game is beautiful to look at. The game is available on the iPhone, iPad, and iPod touch. Download it in the App Store today.

As I mentioned above, this game reminds me a lot of Myst. It also has similar game mechanics as The Secret of Monkey Island, although it is not cartoony.

What is your favorite point-and-click game on iOS?