Apple has issued a public report this afternoon entitled ‘Report on Government Information Requests.’ The piece details the number and types of requests it receives from governments around the world for user and device information.

The company said it considers it a responsibility to provide its users with “the best privacy protections available,” and that it has published the report “in the interest of transparency for our customers around the world.” More after the fold…

From the report, which can be found in PDF form on Apple’s website:

“We believe that our customers have a right to understand how their personal information is handled, and we consider it our responsibility to provide them with the best privacy protections available. Apple has prepared this report on the requests we receive from governments seeking information about individual users or devices in the interest of transparency for our customers around the world. This report provides statistics on requests related to customer accounts as well as those related to specific devices. We have reported all the information we are legally allowed to share, and Apple will continue to advocate for greater transparency about the requests we receive.”

Apple goes on to reiterate that its business does not depend on collecting personal data (perhaps a stab at Google?), and that it has no interest in it. It also reiterates that it doesn’t store location data, Maps searches, or Siri requests in any identifiable form.

Unfortunately, the US government won’t allow Apple, or any other company for that matter, to disclose much about the requests it received, except it broad strokes. But Apple strongly disagrees with this policy, and is fighting to change it.

This table shows account information requests (in increments of 1000): 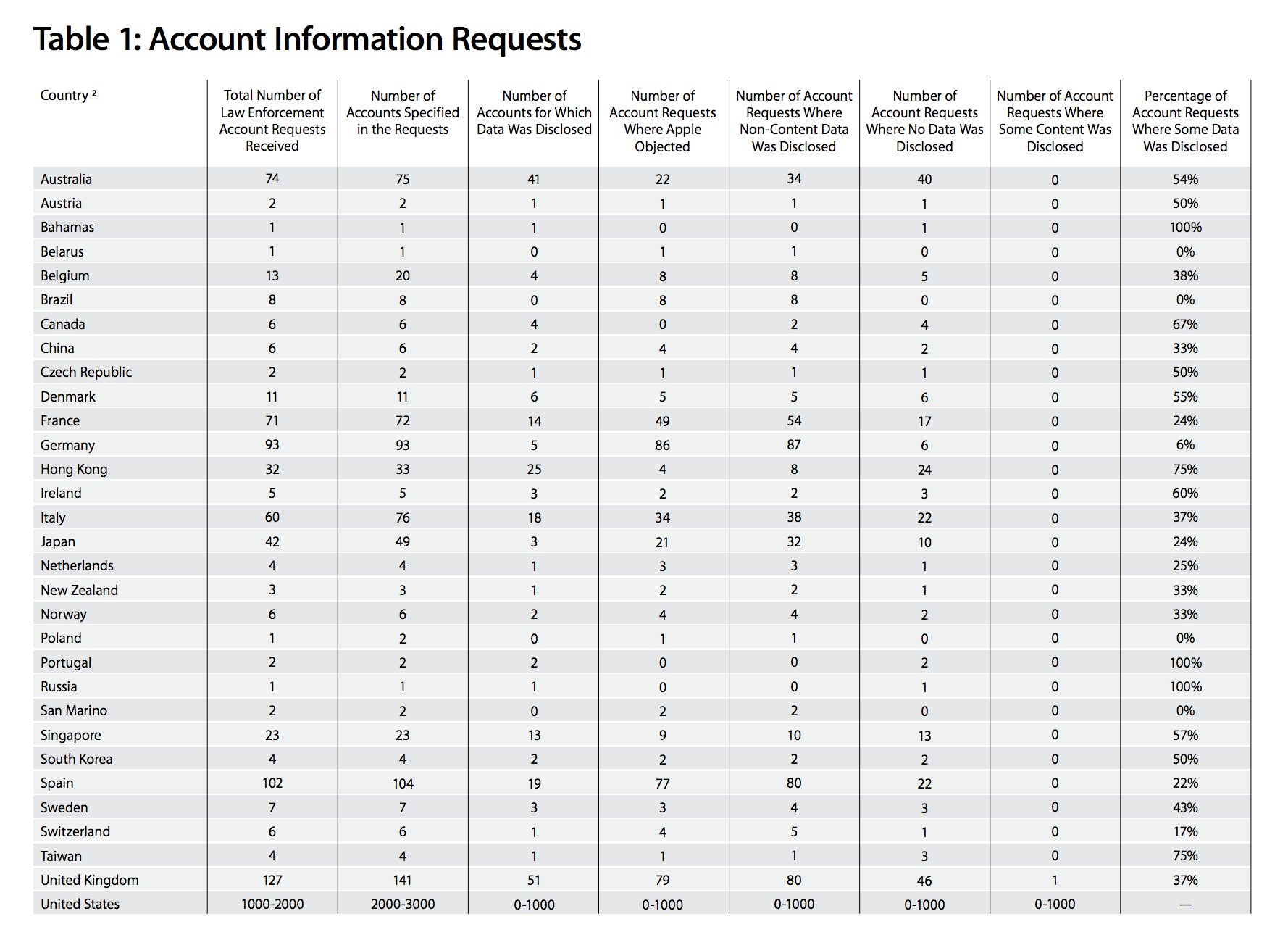 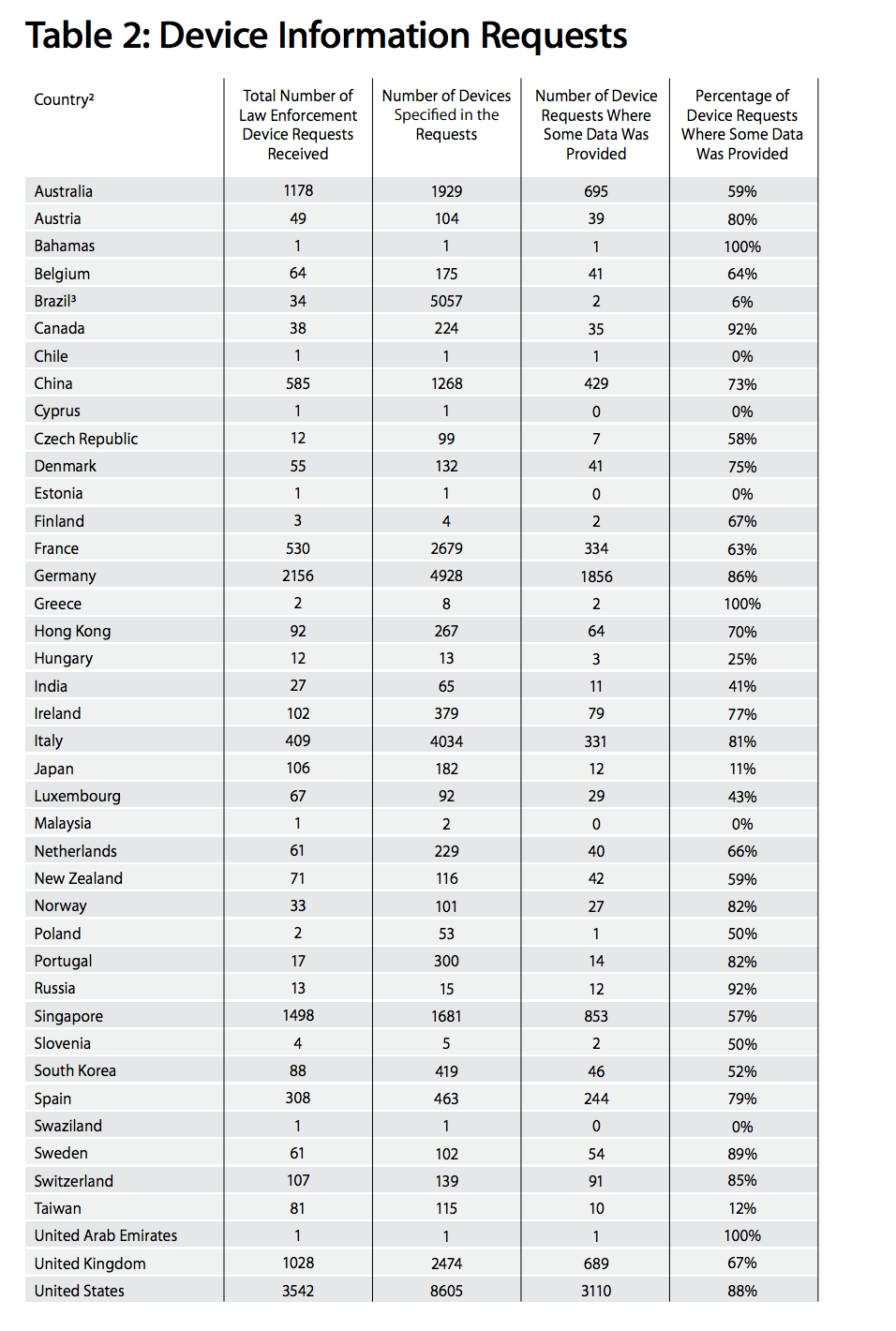 Privacy has become a hot-button issue in the tech world following the revelation this summer of the NSA’s PRISM program. According to reports, 9 major tech companies, including Apple, have given the agency unrestricted access to user info.

Apple has denied any knowledge of such a program, and maintains that it only offers government agencies access to user data when a proper subpoena, court order, or warrant is supplied.

What do you make of all of this? Smart move or tacky PR stunt?