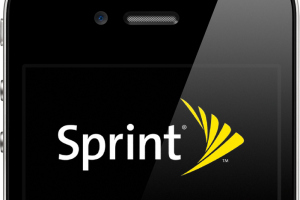 Sprint, America’s third-largest wireless carrier, announced Wednesday that 1.4 million of the five million smartphones it sold during the third quarter were iPhones, of which 40 percent were to new customers.

The iPhone sales are just under the 1.5 million Apple smartphones Sprint activated during the same period in 2012.

The iPhone numbers have helped the carrier reduce the gap from a $398 million operating loss, rebounding from a $767 million loss during the same quarter in 2012. By comparison, Verizon Wireless, the nation’s largest carrier, announced selling about 3.9 million iPhones during the third quarter…

Sprint said 40 percent of its iPhones were sold to new subscribers.

The carrier also announced it had a net loss of 313,000 customers during the quarter. The carrier’s loss of 360,000 long-term contract subscribers was somewhat balanced by attracting more prepaid customers. Overall, Sprint ended the three-month period with 54.8 million customers.

While revenue per user rose almost a nickel to $64.28, contract subscribers became more antsy with turnover rising to 1.99 percent from 1.88 percent in 2012.

Sprint finds itself in the middle of a carrier war.

On one side is Verizon and AT&T with the cash and marketing advantage. Nipping at Sprint’s heels is T-Mobile, who’s small size enables greater flexibility in pricing. Although, when Sprint became an iPhone supplier, the limited ranks carried a bit of cache.

“Sprint meanwhile, bet big with its deal to carry the iPhone, but that hasn’t turned out to be a real advantage with virtually every carrier big and small offering Apple’s marquee smartphone,” CNET observes.

Along with nine regional U.S. carriers, iPhone sales are already in the works for contract-free providers Virgin Mobile and Boost Mobile. However, Sprint’s role as the little carrier that could might change soon.

Along with getting some much-needed cash from Japan’s carrier SoftBank, the carrier also purchased Clearwire earlier this year.