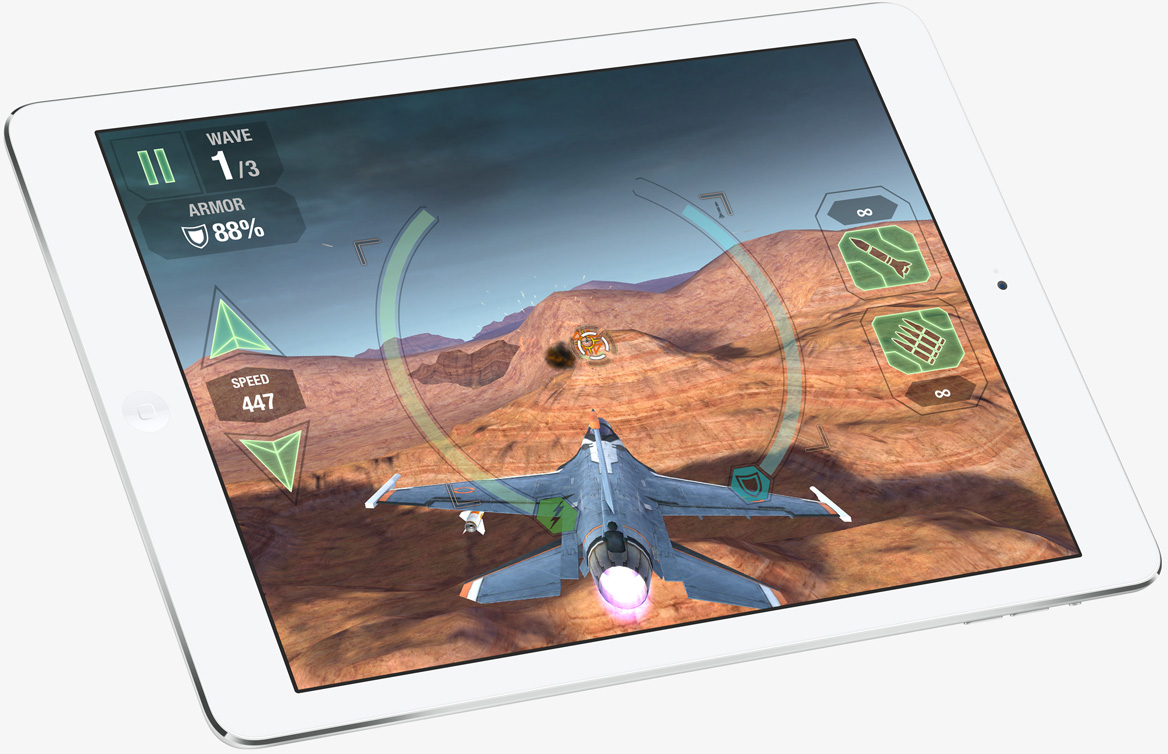 Apple claims the A7 chip inside the iPad Air provides two times faster performance over its predecessor, the fourth-generation iPad driven by the A6X chip, in both CPU and GPU department. The claim exasperated disbelief among some watchers who questioned and dismissed Apple’s ‘two times faster’ mantra as pure marketing talk with strings attached.

Per early GeekBench scores, the iPad Air is over 80 percent faster than the iPad 4, close enough to Apple’s advertised 2x CPU gain. But what about graphics?

Putting the device through a barrage of specialized and industry-standard benchmarks, AnandTech’s Anand Lal Shimpi found the iPad Air outperforming its predecessor in terms of graphics by a significant margin.

Specifically, the device is between 40 to 70 percent faster in GPU tests versus the previous generation. Th exact speed gain is dependent on a number of conditions like workload, the type of apps, APIs, software optimizations and lots more. 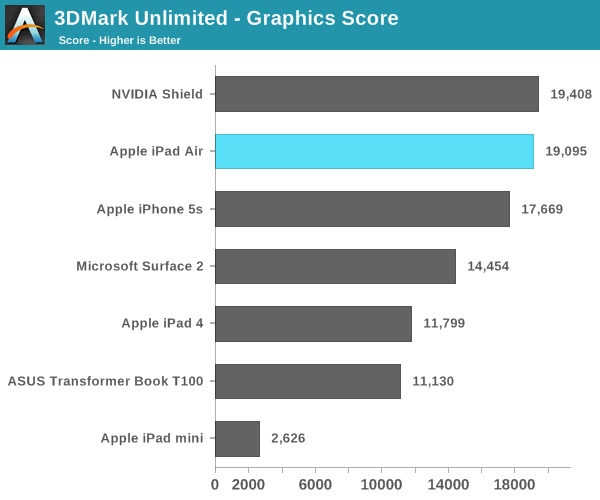 What’s remarkable is that the A7 achieves this level of performance gains despite having a narrower 64-bit memory bus than the iPad 4’s 128-bit memory interface on the A6X chip.

The GPU is Imagination Technologies’ PowerVR G6430 “Rogue” part, estimated to have a peak clock frequency of 450 Mhz.

Bottom line: the iPad Air leaves all prior iPads in the dust.

It’s a screamer for graphics-heavy apps and games and based on the real-world numbers. If these benchmarks are an indication, Apple’s ‘up to two times faster’ claim does in fact hold up – and that’s a reassuring thought. 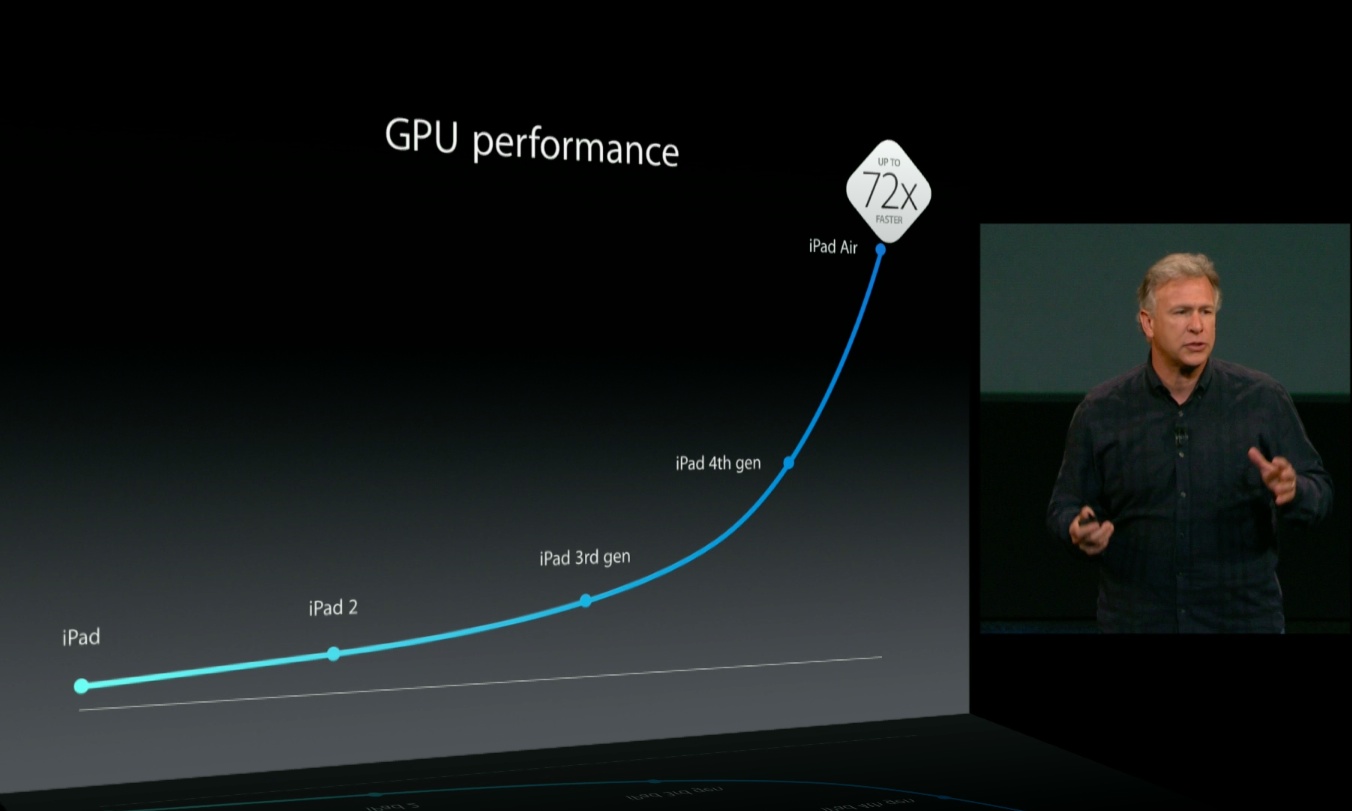 I was taken aback learning the iPad Air has the A7 chip.

What does the fact that Apple deployed the A7 across the iPhone 5s, iPad Air and Retina iPad mini mean? For starters, it gives developers a single chip platform to target for all new devices, simplifying development and reducing time to market.

More importantly – and I know this because I yesterday read AnandTech’s ridiculously exhaustive review – Apple very intentionally architected the A7 to support iPhones and iPads. Disregarding a couple tweaks on the iPhone side – such as a narrower thermal footprint, lower-clocked CPU/GPU and other power-related optimizations – your iPhone 5s basically enjoys the same CPU/GPU power as the iPad Air.

Maybe the A7 will pop up next inside an upcoming Apple TV hardware?

It would make a lot of sense.

Instead of tweaking the silicon to produce multiple chip SKUs for the iPhone, iPad, iPod touch and Apple TV devices, Apple can now develop a single piece of silicon and only marginally optimize it in software for its devices, essentially giving each the same lowest common denominator as an app platform.

And given Apple’s volume needs (between 250 and 285 million iOS devices should be shipped in fiscal 2014) and economies of scale, the unified A7-for-all approach really is a no-brainer.